A Loyal Friend in the Horse Stable

The Artist died in 1874 so this work is in the public domain in its country of origin and other countries where the copyright term is the Artist's life plus 70 years or fewer. 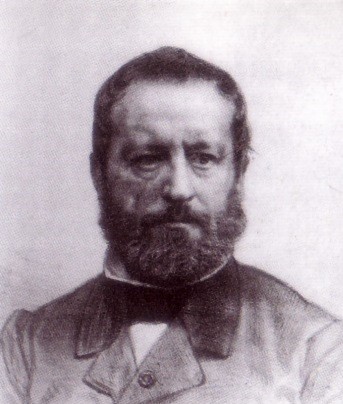 Wouterus Verschuur was a Dutch painter of animal subjects – mainly horses – and of landscapes. He is one of the later representatives of Romanticism in Dutch art.

Born to an Amsterdam jeweller, Verschuur received his training from the landscape and cattle painters Pieter Gerardus van Os and Cornelis Steffelaar. As part of this education Verschuur had to copy works by the 17th century painter Philips Wouwerman, like Wouwerman Verschuur’s subjects consist mostly of stable scenes, landscapes with horses and coastal landscapes.

Showing talent from an early age, at 15 Verschuur had a painting exhibited at the “Exhibition of Living Masters” at Amsterdam in 1828. In 1832 and 1833 he won the gold medal at the annual exhibition at Felix Meritis. In 1833 he was appointed a member of the Royal Academy in Amsterdam. In 1839 he joined the artists’ society, Arti et Amicitiae. His reputation was also considerable abroad. He was often featured in the annual exhibitions which travelled the large European cities at that time. In 1855 Napoleon III purchased one of his paintings at the Exposition Universelle in Paris.

The popularity of his paintings provided him with sufficient funds to travel widely. He made frequent trips to Gelderland and Brabant and abroad to Switzerland and Germany. In 1874, on one of his trips to Gelderland, he died on 4 July in the town of Vorden. He left behind an oeuvre of about four hundred paintings and over two thousand drawings. Amongst his students were his son, Wouterus Verschuur Jr. and Anton Mauve. 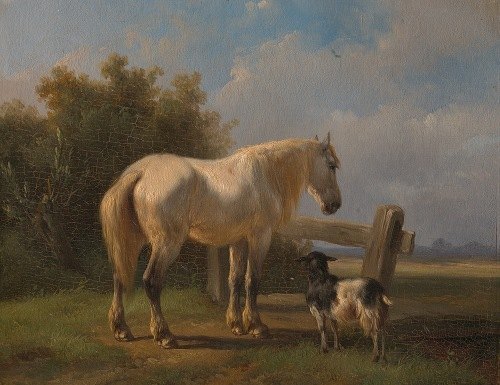 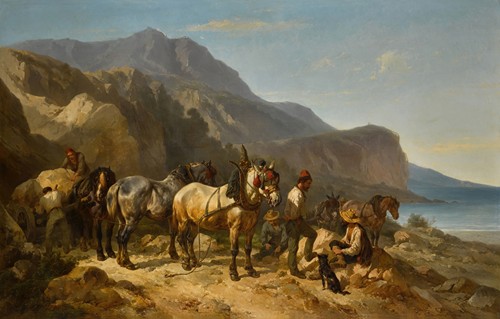 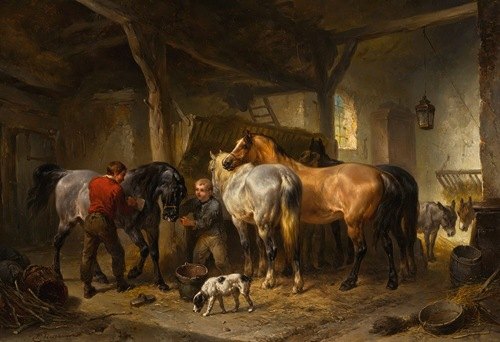 Horses In A Stable 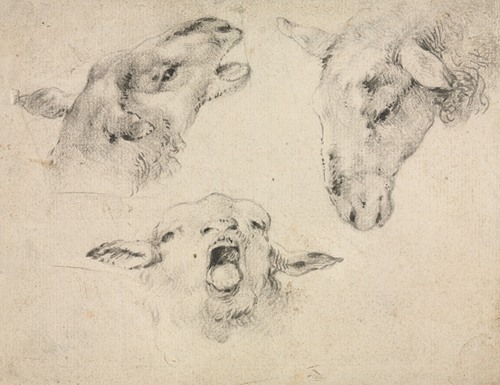 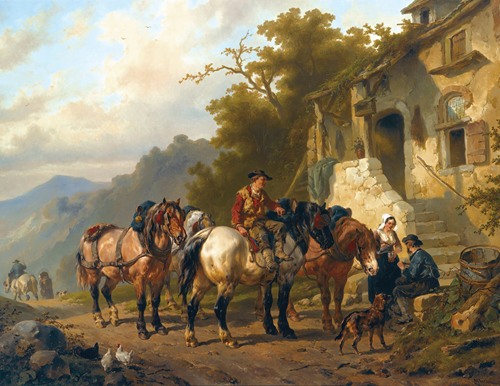 A Rest At The Inn 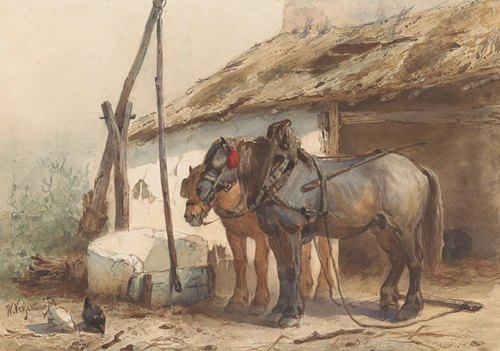 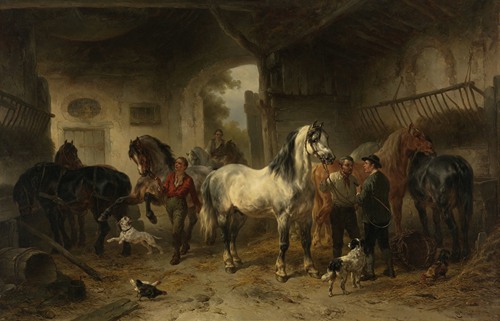 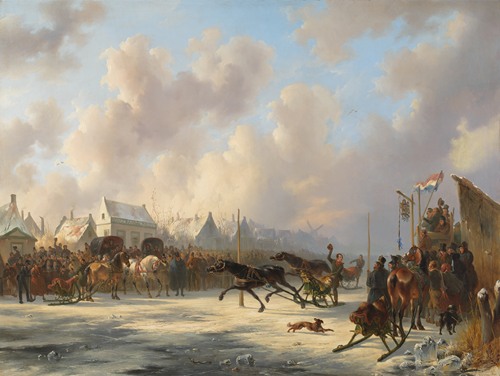 Horses In A Stable

A Rest At The Inn