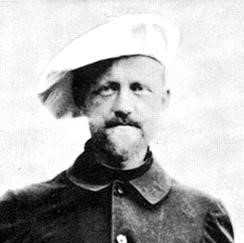 Gustave Jéquier was born in and died in Neuchâtel, Switzerland. He was an Egyptologist and one of the first archaeologists to excavate ancient Persian cities in what is now Iran. He was a member of Jacques de Morgan's 1901 Susa expedition, which led to the discovery of the famous Code of Hammurabi, now on display in the Louvre.

Jéquier began his career under the guidance of the Egyptologists Gaston Maspero and Jacques de Morgan, and specialized in the Predynastic Period. He participated in major excavations sponsored by the Supreme Council of Antiquities.

His work on the Pyramid Texts was a significant step forward in the understanding of these religious works.