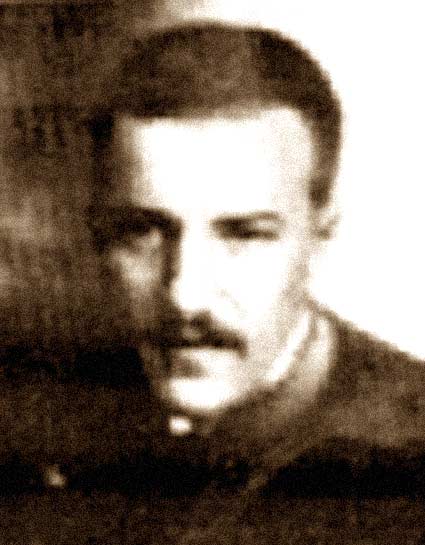 Wladimir Burliuk was a Ukrainian avant-garde artist (Neo-Primitivist and Cubo-Futurist) and book illustrator. He died at the age of 32 in World War I.

Wladimir Burliuk was born on March 15, 1886 in Kharkiv, the younger brother of David Burliuk. His family is partly descended from Ukrainian Cossacks who held premier positions in the Hetmanate. His mother, Ludmila Mikhnevich, was of ethnic Belarusian descent.

In 1903 he studied at Azbe School in Munich, and a year later he was a soldier in the Russo-Japanese War. From 1905 to 1910 Burliuk attended the Kiev Art School (KKHU). He lived in various places while going to KKHU, starting in Moscow, where he lived from 1907 until 1908. In 1908 he returned to Kiev and was in close contact with Aleksandra Ekster and Mikhail Larionov. Together with the members of the group The Link (Zveno) Wladimir and David Burliuk organized an avant-garde exhibition in Kiev.

In 1911 he joined the art school in Odessa. From 1913 to 1915 he illustrated many futuristic publications in Moscow, including the book The Assistance of the Muses in Spring (1915). He also co-illustrated Velimir Khlebnikov's Roar! Gauntlets, 1908–1914 alongside Kazimir Malevich.

He was drafted into the Imperial army in 1916 and was killed the following year while fighting on the Macedonian front of World War I. 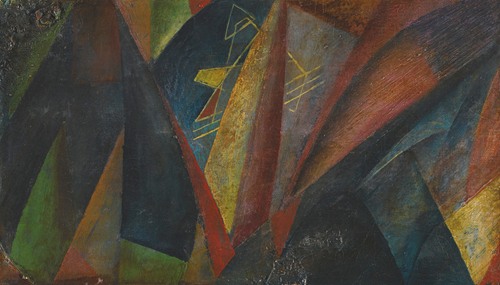