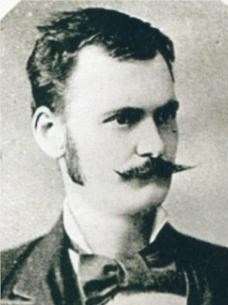 William Michael Harnett was an Irish-American painter known for his trompe-l'œil still lifes of ordinary objects.

Harnett was born in Clonakilty, County Cork, Ireland during the time of the potato famine. Shortly after his birth his family emigrated to America, settling in Philadelphia. Becoming a United States citizen in 1868, he made a living as a young man by engraving designs on table silver, while also taking night classes at the Pennsylvania Academy of the Fine Arts and later, in New York, at Cooper Union and at the National Academy of Design. His first known oil painting, a still life, dates from 1874.

The style of trompe-l'œil painting that Harnett developed was distinctive and inspired many imitators, but it was not without precedent. A number of 17th century Dutch painters, Pieter Claesz for instance, had specialized in tabletop still life of astonishing verisimilitude. Raphaelle Peale, working in Philadelphia in the early 19th century, pioneered the form in America. What sets Harnett's work apart, besides his enormous skill, is his interest in depicting objects not usually made the subject of a painting.

Harnett painted musical instruments, hanging game, and tankards, but also painted the unconventional Golden Horseshoe (1886), a single rusted horseshoe shown nailed to a board. He painted a casual jumble of second-hand books set on top of a crate, Job Lot, Cheap (1878), as well as firearms and even paper currency. His works sold well, but they were more likely to be found hanging in a tavern or a business office than in a museum, as they did not conform to contemporary notions of high art. 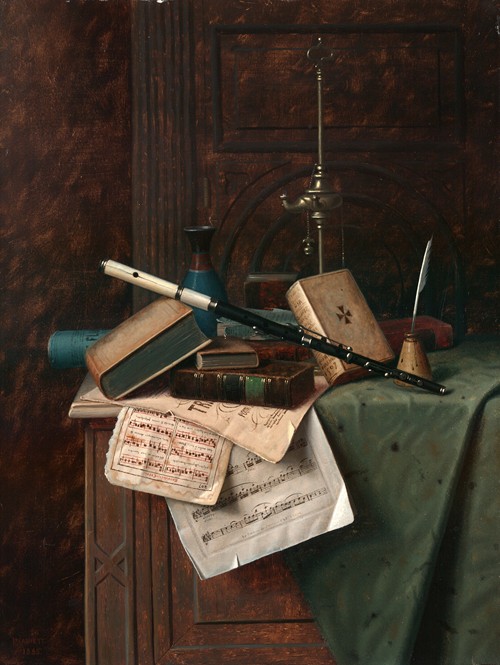 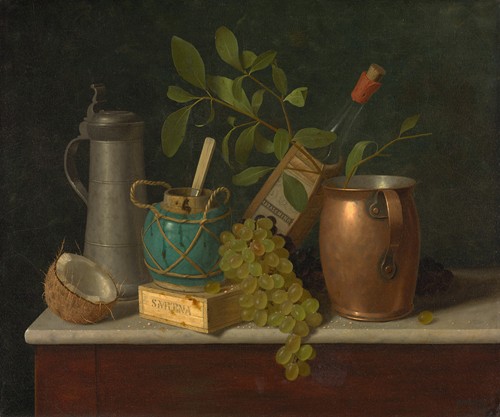 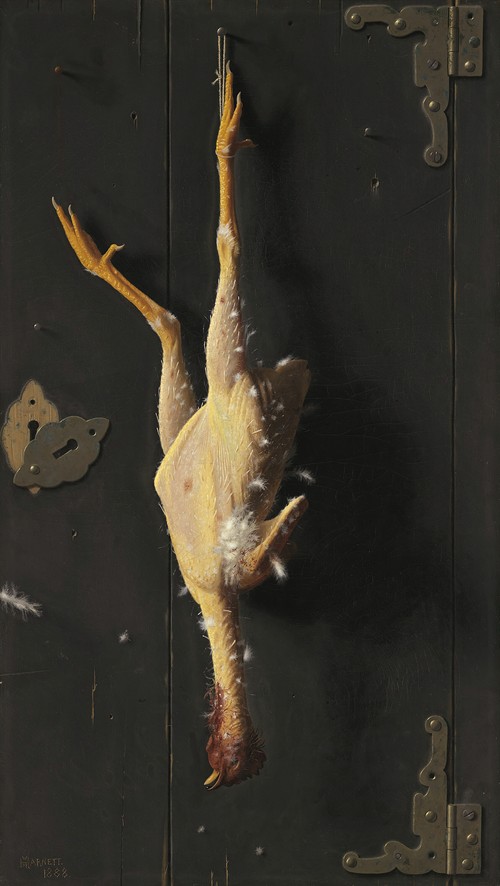 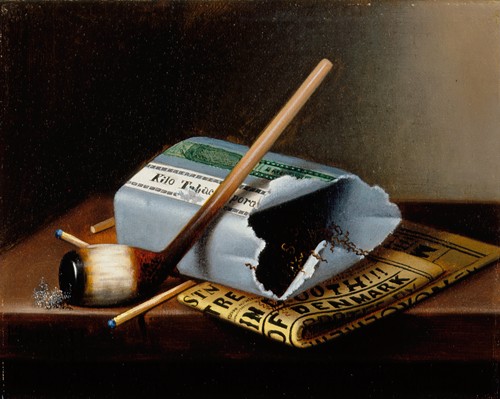 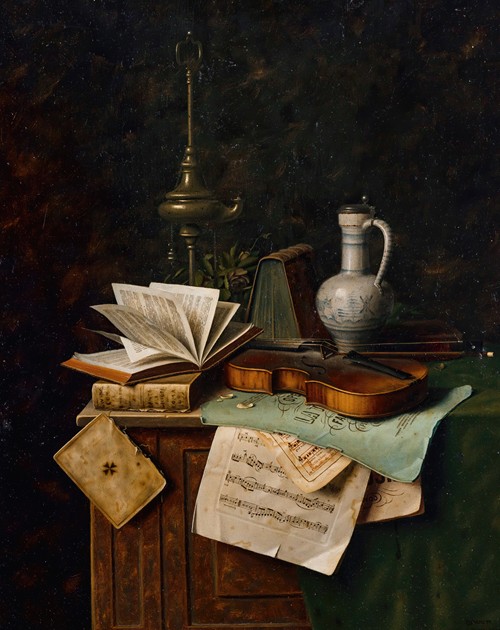 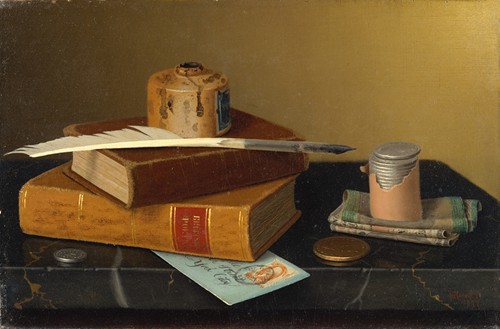 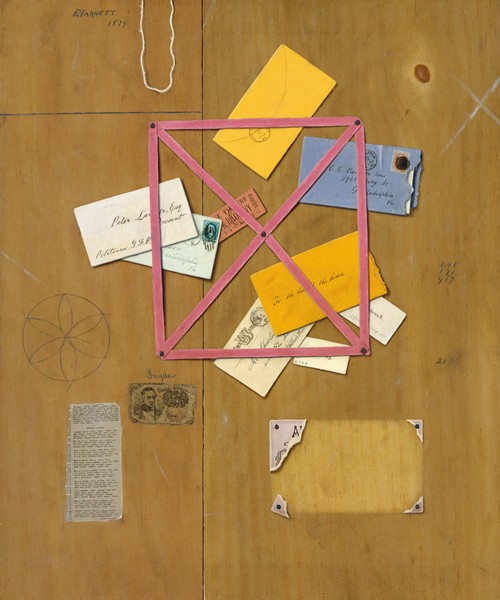 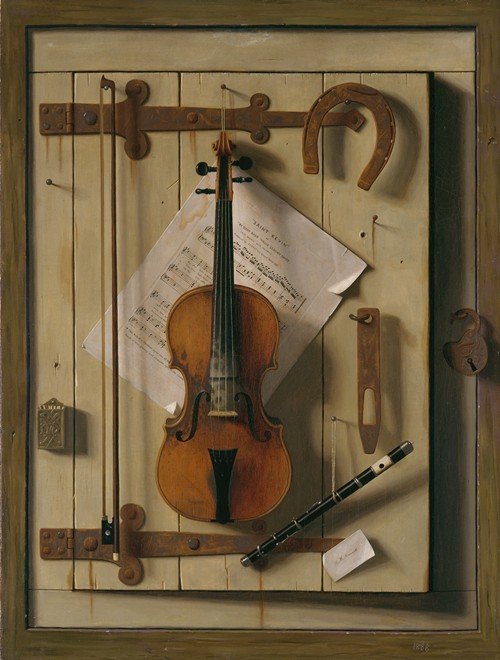 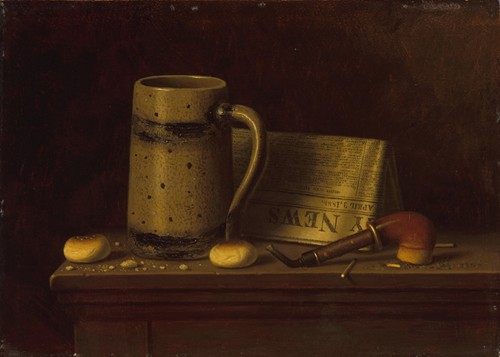 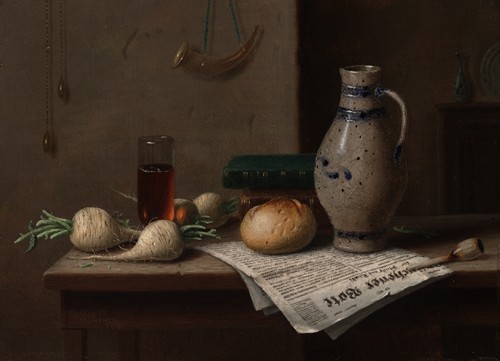 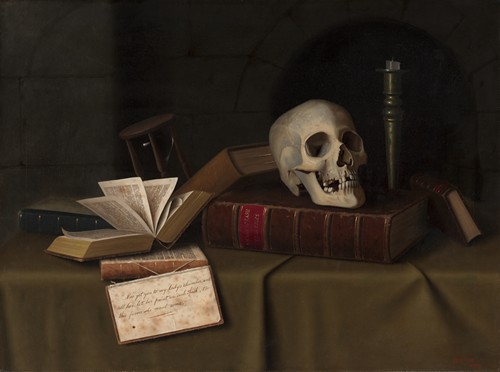 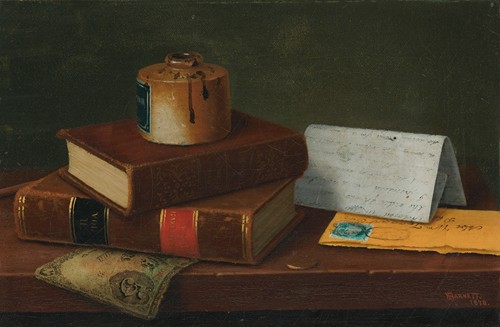 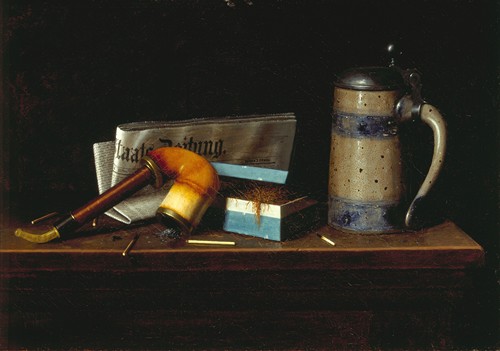 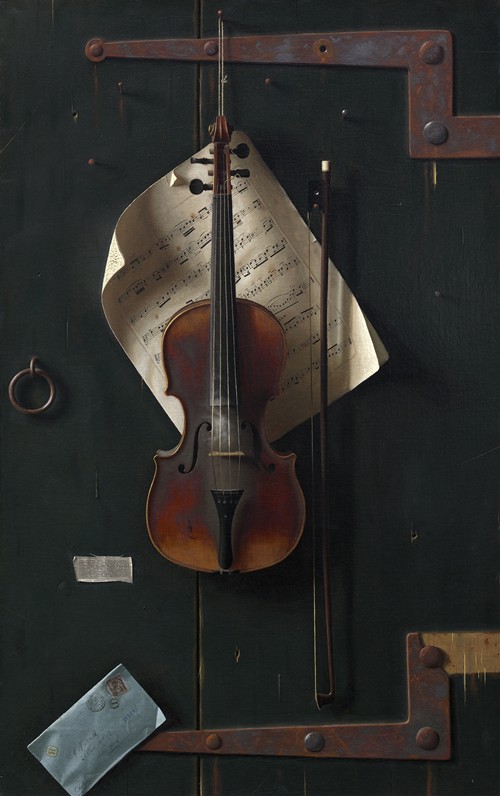 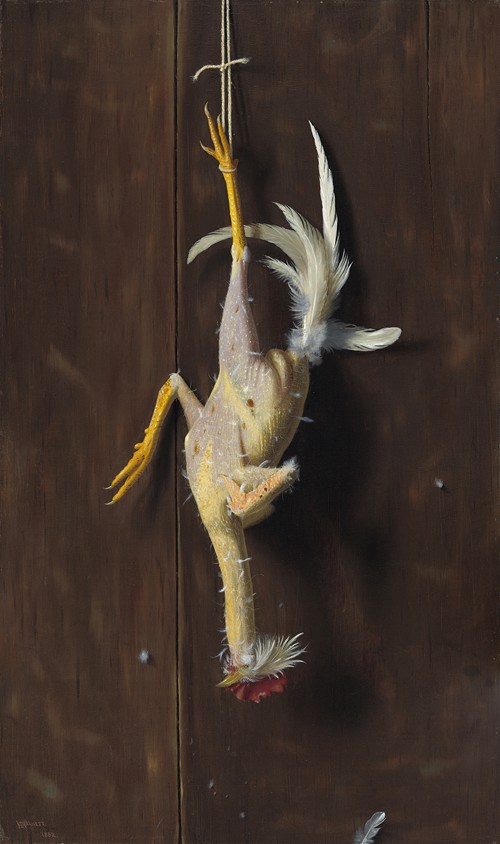 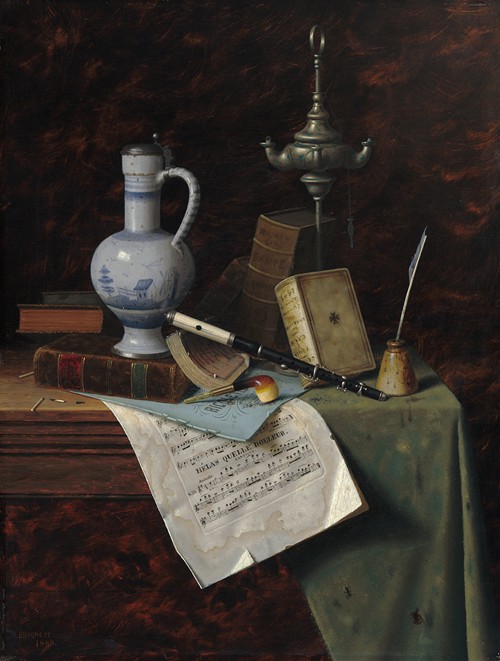 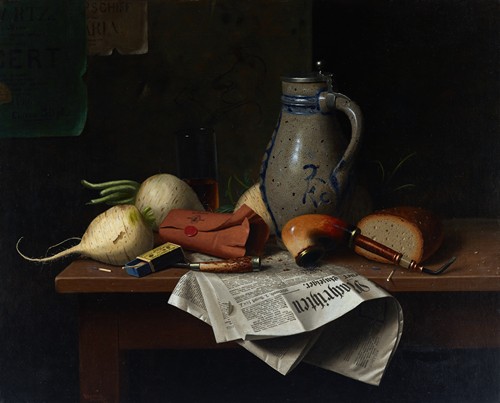 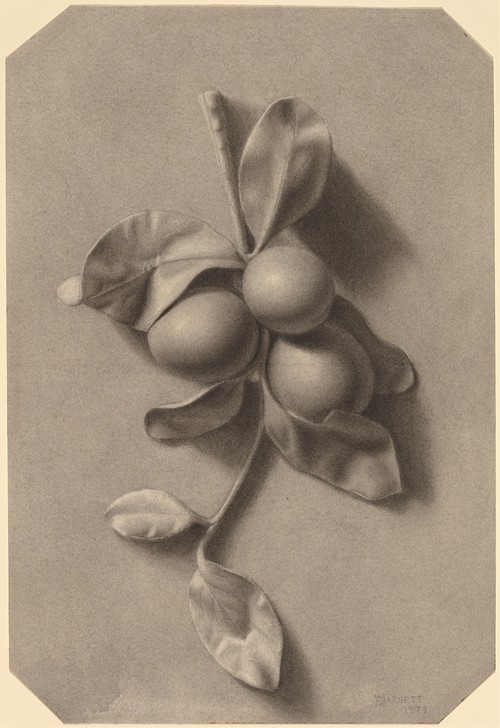 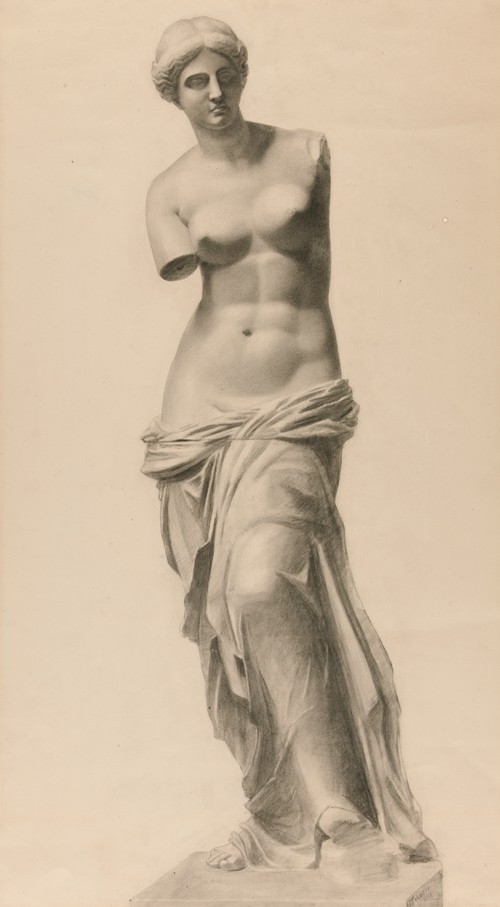