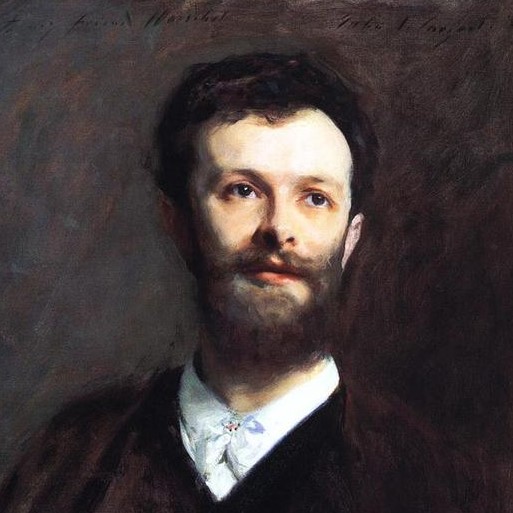 William Gilbert Gaul was a late 19th and early 20th century American painter and illustrator of military subjects ranging from the American Civil War to World War I, as well as American Western vistas and scenes.

Born in Jersey City, New Jersey, on March 31, 1855 to George W. and Cornelia A. (Gilbert) Gaul, he attended school in Newark, and at the Claverack Military Academy. In New York, he began studying art under L. E. Wilmarth at the National Academy of Design school from 1872 until 1876. He also studied with John George Brown and at the Art Students' League of New York when it opened in 1875.

In 1876 Gaul visited the American West, and on his return began to exhibit military and western paintings at the National Academy and elsewhere. To supplement his income, he provided numerous illustrations to Century Magazine at a time when it was publishing Civil War memoirs; three of his paintings were used as frontispieces to Battles and Leaders of the Civil War (1887–88); he also did work for Harper's Weekly. His work attracted some interest and he was elected as an associate of the National Academy in 1879 for his painting The Stragglers, and in 1882, was elected a full academician for Charging the Battery, being the youngest to achieve that honor. The same year, his painting entitled Holding the Line at All Hazards was awarded the gold medal by the American Art Association, and in 1889, he received the bronze medal at the Paris Exposition for Charging the Battery. He won further medals at the World's Columbian Exposition in Chicago in 1893, and at the Buffalo Exposition in 1902.

Besides spending time in New York City, he had built a log cabin and studio near Fall Creek Falls in Van Buren County, Tennessee, on land he had inherited from his uncle, Hiram Gilbert. He also spent some time in 1890 as a special agent for the federal census among the Native Americans in North Dakota making sketches for the "Report on Indians Taxed and Indians Not Taxed." Following this, he traveled to Mexico, Panama, Nicaragua, the Caribbean, and South America.

He married late in life, in September 1898, Marian Halstead, daughter of a British Vice-Admiral G. A. Halstead, R.N., a descendant of Lawrence Halsted.

By the turn of the century, his work was falling out of favor and he turned to teaching at Cumberland Female College in McMinnville. He still maintained a studio in Nashville where he worked on a series for a portfolio published in 1907 titled With the Confederate Colors. It failed to attract much attention, and by 1910, Gaul had moved to Ridgefield, New Jersey. He did tackle the Great War but with little success, and he died on December 21, 1919 of tuberculosis after a long illness. 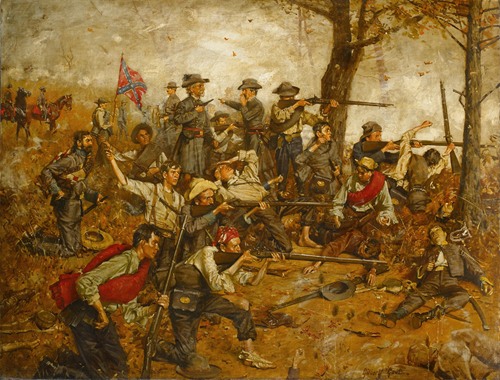 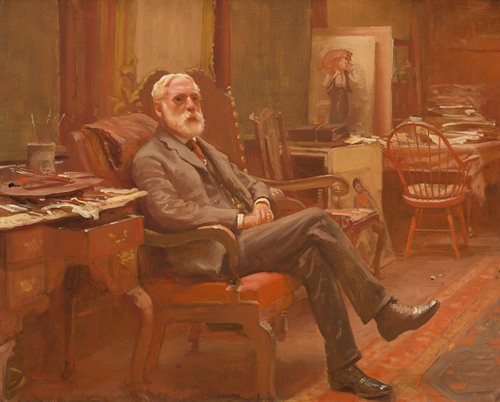 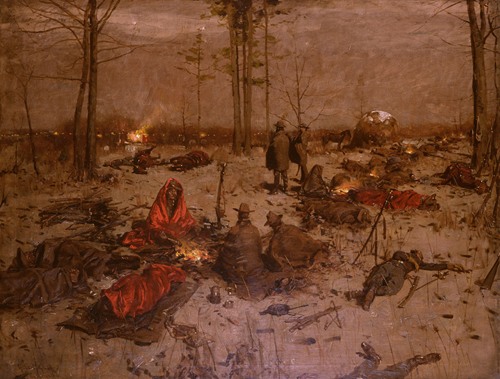 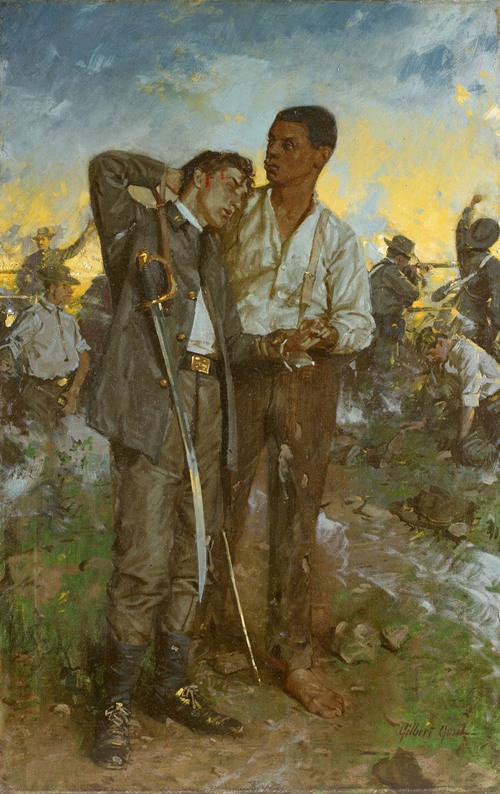 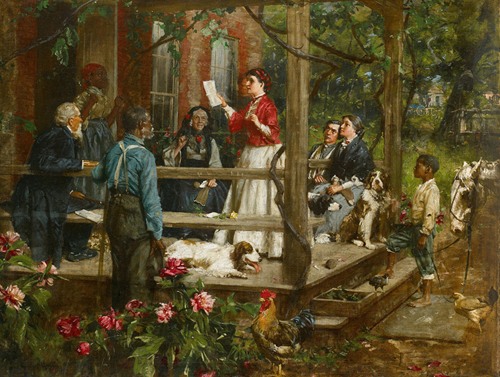 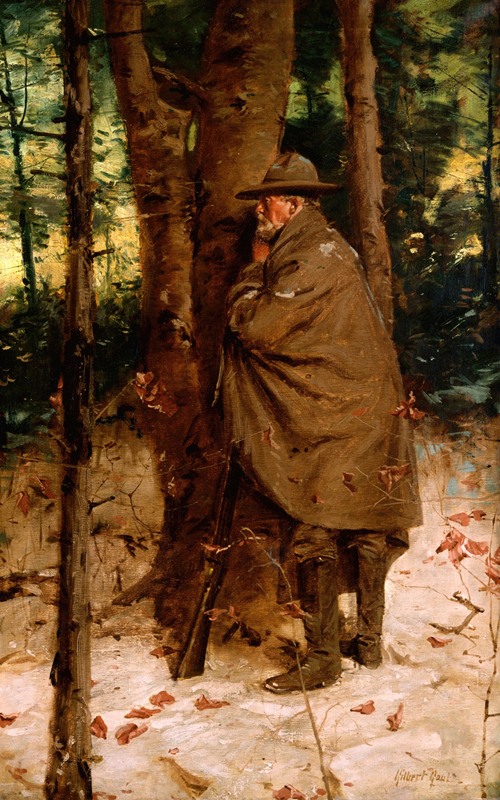 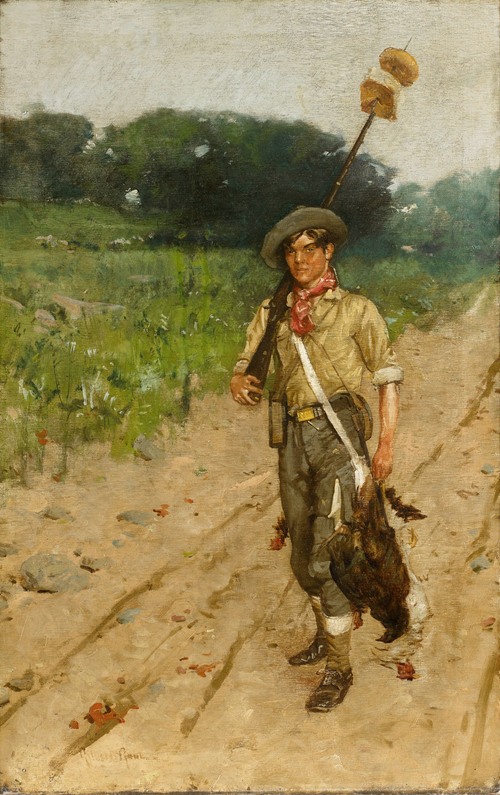 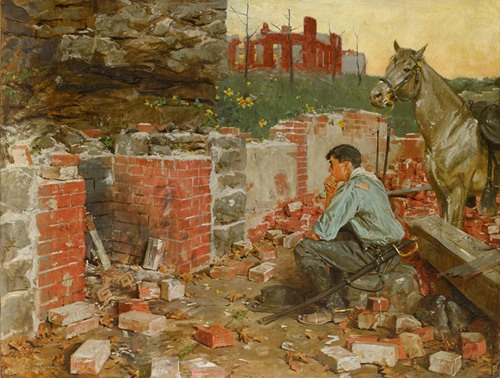 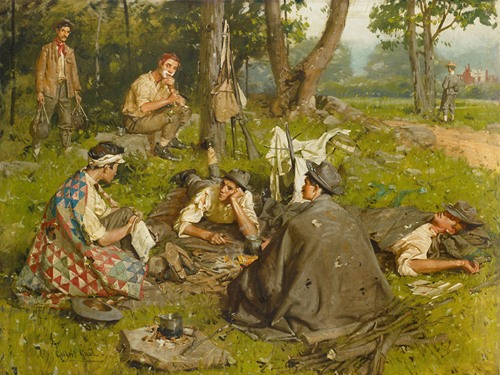 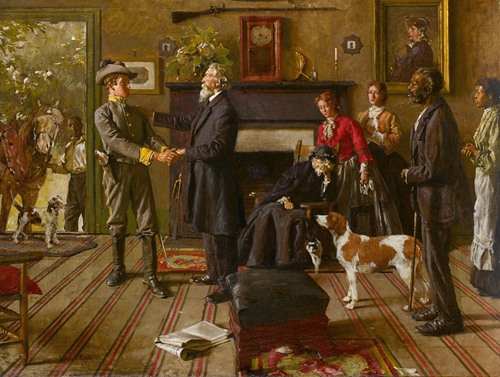 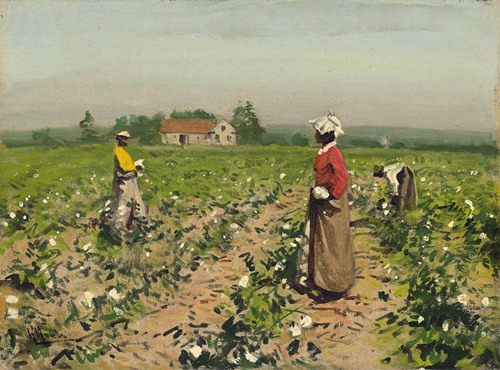 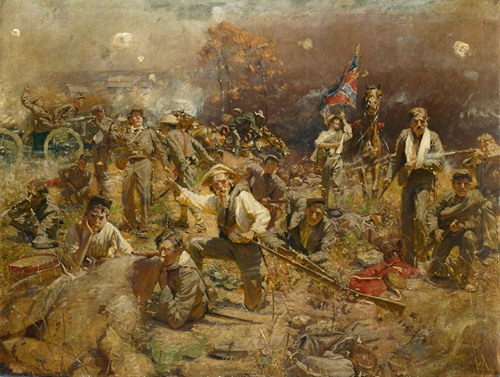 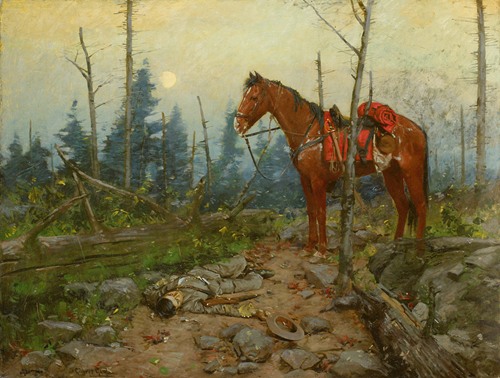 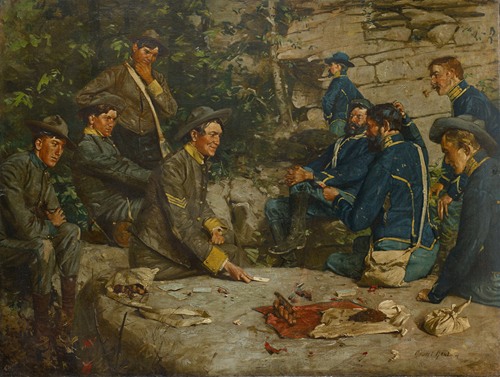 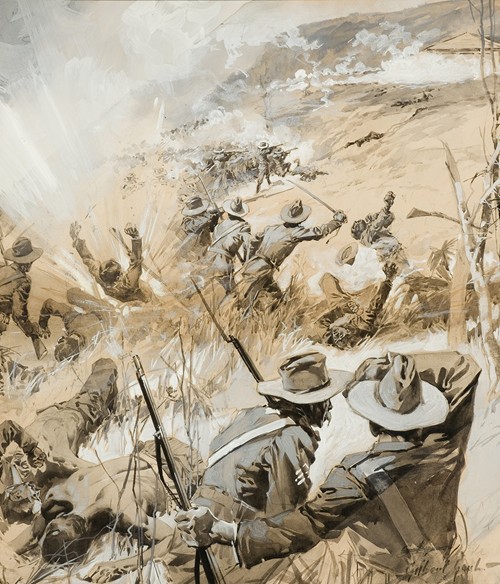 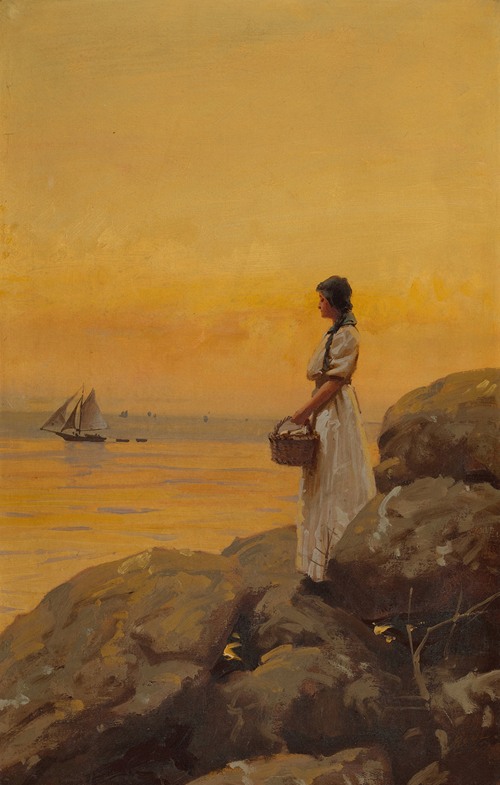 Gazing Out to Sea 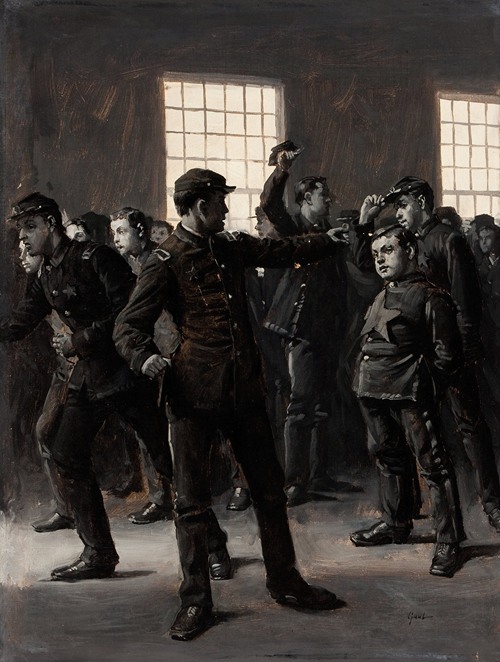 All Cowards Turn Back; Brave Men and Outlaws Rush In 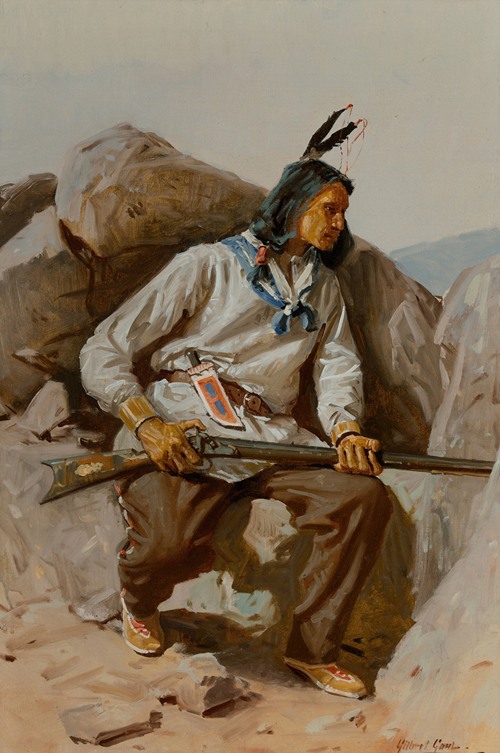 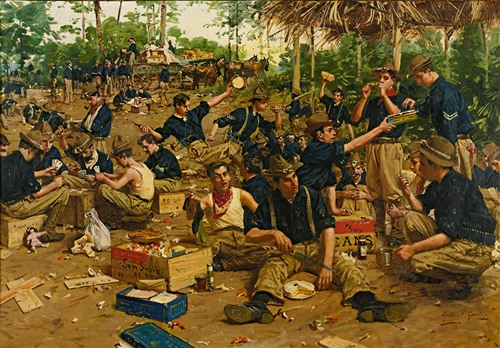