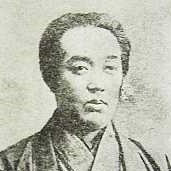 A Chronicle of the Pursuit of Rebels at Kagoshima (1877)

A Chronicle of the Subjugation of Kagoshima; Battle around Kumamoto Castle (1977)

A Competition among Powerful Magicians (1869)

A Horrible Suicide; A Woman Slays Her Child then Kills Herself (1878)

A Kamezaki Brewer’s Celebration of His Good Fortune (1875)

A Messenger from Korea in Audience with Tokugawa Ienobu (1875)

A New Selection of Strange Events; Taira No Kiyomori Seeing Skulls in the Snowy Garden (1882)

A Picture of the News from Kagoshima (Attack at School) (1877)

A Police Patrol Preventing a Rape in a Graveyard (1875)

A Triple Wedding in the Family of the Farmer Matsunosuke (1875)

A Wicked Foreigner Refuses to Pay a Young Prostitute (1875)

A Widower Witnesses His Wife’s Ghost Nursing Their Child (1875)

A Woman Saving the Nation; A Chronicle of Great Peace (1886)

Ake Tamanosuke Seated by the Statue of a Chinese General (1866)

Amateur Prostitutes Fighting over a Client (1875)