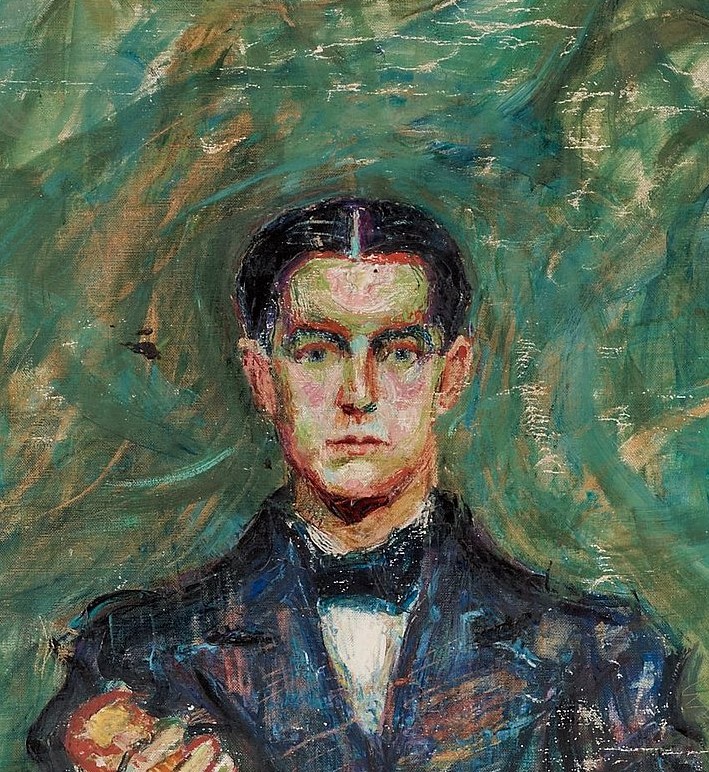 Thorvald Hellesen was a Norwegian abstract artist, designer and painter. His art was associated with the Orphic Cubism movement.

Thorvald Hellesen (sometimes spelled Thorwald) was born in Kristiania (now Oslo), Norway. He was the son of Thorvald Hellesen (1862–94) and Ida Selmer (1858–1945). His father was a barrister at the Supreme Court and his mother was the daughter of Prime Minister Christian Selmer. He passed the Examen artium, but spent a year at the Norwegian Military Academy before deciding to become an artist.

He then enrolled at the newly created Oslo National Academy of the Arts, where he studied with Christian Krohg (1910–11). This was followed by a move to Paris in 1912. There, he worked with Fernand Léger and became acquainted with Picasso.

From 1920, Hellesen attended exhibitions in the Salon des Indépendants and the Galerie la Boëtie in Paris. In 1925, he participated at the Exposition Internationale L'Art d'Aujourd'hui in Paris. He would remain in Paris for the next two decades, with occasional visits to Norway and Denmark.

He had held only one exhibition of his works at home in 1919; choosing to exhibit mostly with the Salon des indépendants and the Section d'Or. He appears to have exhibited very little after a major showing of avant-garde art in 1925. In addition to his paintings, he did decorative work, notably at the Sjøfartsbygningen [no] (Maritime Building) in Oslo, as well as designing patterns for textiles and wallpaper.

He was married to French painter, Hélène Perdriat. The marriage was a troubled one, however, and was eventually dissolved. In 1937, he married his presumed mistress, a dancer named Guni Mortensen. During the course of that affair, he found himself gradually becoming estranged from the local art community and had to take odd jobs as a movie bit player. In the fall of 1937, after an extended period of poor health, he fell seriously ill and returned home; dying shortly thereafter.