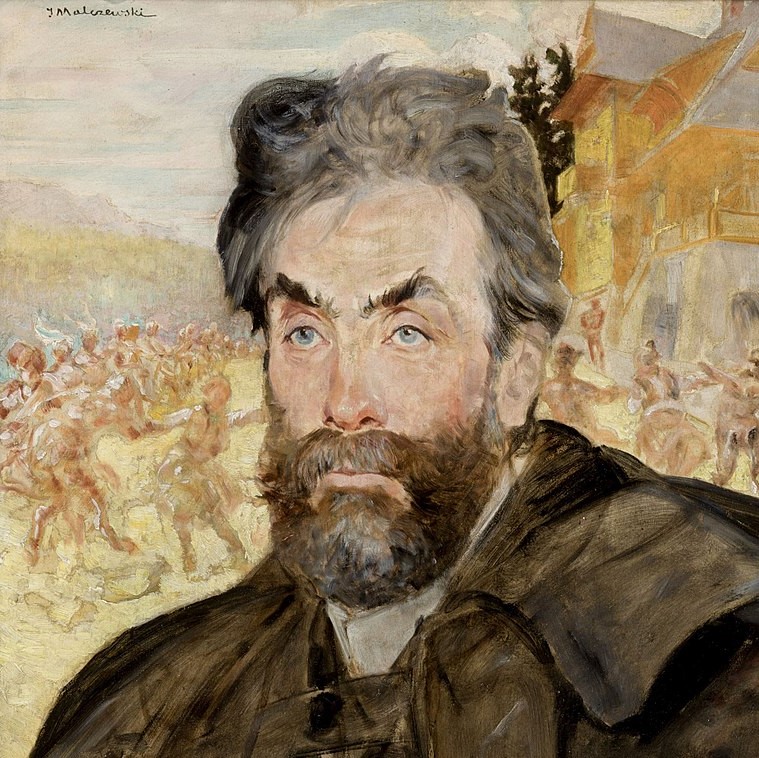 Stanisław Witkiewicz was a Polish painter, art theoretician, and amateur architect, known for his creation of "Zakopane Style".

Witkiewicz was born in Poszawsze in Samogitia, present-day Lithuania, in the lands of the partitioned Polish–Lithuanian Commonwealth, ruled at the time by the Russian Empire.

As an adolescent, he spent several years in Siberian Tomsk, where his parents and two older siblings were exiled for their support of the January Uprising. He studied at the Academy of Fine Arts in Saint Petersburg (1868–1871) and furthered his studies in Munich (1872–1875). During his stay in Munich, he befriended painters Aleksander Gierymski, Józef Chełmoński and Henryk Siemiradzki.

In 1875, he moved to Warsaw and set up a painting workshop in the laundry at the Hotel Europejski. In 1884, he married Maria Pietrzkiewicz. The pair had a son, Stanisław Ignacy. The son's godmother was the internationally famous actress Helena Modjeska, whom the elder Witkiewicz in 1876 had nearly accompanied to California in the United States.

In 1884–1887, Witkiewicz worked as the artistic director of "Wędrowiec" weekly, for which he wrote a series of articles concerning the values of a work of art and the role of art critics (published in book form under the title "Painting and criticism among us", Sztuka i krytyka u nas, in 1891 and 1899). In 1887, he held the same position in "Kłosy" magazine.

In 1886, he visited Zakopane for the first time. He developed a fascination with the mountains, the Podhale highlanders and their vernacular traditions. His ambition became to create a Polish national style through extraction of all-Polish forms from the architectural and decorative art of the highlanders.

He formulated the Zakopane Style (styl zakopiański) (also known as Witkiewicz Style (styl witkiewiczowski)) in architecture, in which he designed homes and interiors for well-off, artistically inclined Poles. He was strongly associated with Zakopane and promoted it in the art community.

Witkiewicz had strong views against formal education: "school is completely at odds with the psychological make-up of human beings". He applied this principle in his son's upbringing and was disappointed when the 20-year-old Witkacy chose to enroll at the Academy of Fine Arts in Kraków.

In 1908, suffering from tuberculosis, the elder Witkiewicz left his family in Zakopane and relocated to Lovran, a fashionable resort in what was then Austria-Hungary, which today is in Croatia. He died there in 1915.

His first monographic art exhibition was staged in Zachęta Fine Arts Society in 1927. His son, Stanisław Ignacy Witkiewicz, became a famous painter, playwright, novelist and philosopher, also known (from the conflation of his surname and middle name) by the pseudonym "Witkacy."

Winter landscape from the Tatra Mountains

Landscape with a female figure