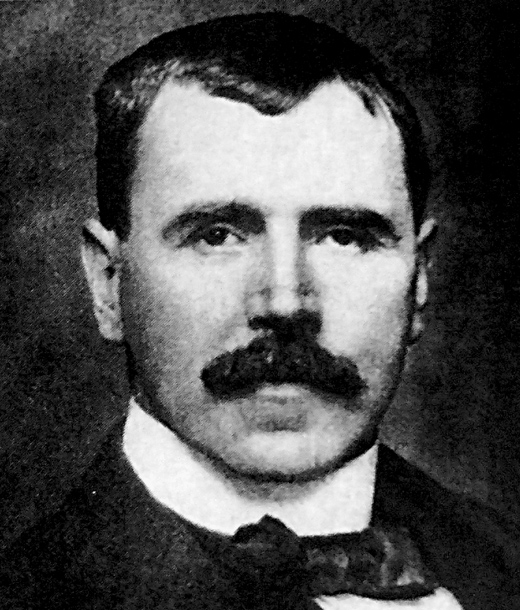 Sir John Lavery was an Irish painter best known for his portraits and wartime depictions.

John Lavery was born in inner North Belfast, baptised at St Patrick's Church, Belfast and, while still a child, moved to Scotland where he attended Haldane Academy in Glasgow in the 1870s and the Académie Julian in Paris in the early 1880s. He returned to Glasgow and was associated with the Glasgow School. William Burrell, a wealthy ship owner, was a faithful patron of Scottish artists including Joseph Crawhall II, with whom Lavery studied. In 1888 he was commissioned to paint the state visit of Queen Victoria to the Glasgow International Exhibition. This launched his career as a society painter and he moved to London soon after. In 1896, William Burrell commissioned Lavery to paint a portrait of his sister Mary Burrell.

Like William Orpen, Lavery was appointed an official artist in the First World War. Ill-health, however, prevented him from travelling to the Western Front. A serious car crash during a Zeppelin bombing raid also kept him from fulfilling this role as war artist. He remained in Britain and mostly painted boats, aeroplanes and airships. During the war years he was a close friend of the Asquith family and spent time with them at their Sutton Courtenay Thames-side residence, painting their portraits and idyllic pictures like Summer on the River (Hugh Lane Gallery).

During this time, he and his wife, Hazel, were tangentially involved in the Irish War of Independence and the Irish Civil War. They gave the use of their London home to the Irish negotiators during the negotiations leading to the Anglo-Irish Treaty. After Michael Collins was assassinated, Lavery painted Michael Collins, Love of Ireland, now in the Hugh Lane Municipal Gallery in Dublin. In 1929, Lavery made substantial donations of his work to both The Ulster Museum and the Hugh Lane Municipal Gallery and in the 1930s he returned to Ireland. He received honorary degrees from the University of Dublin and Queen's University Belfast. He was also made a freeman of both Dublin and Belfast. A long-standing member of Glasgow Art Club, Lavery exhibited at the club's annual exhibitions, including its exhibition in 1939 in which his The Lake at Ranelagh was included.

Lavery was an orphan raised by relatives. Lavery's first wife, Kathleen MacDermott, whom he married in 1889, died of tuberculosis in 1891, shortly after the birth of their daughter, Eileen (later Lady Sempill, 1890–1935).

In 1909 Lavery remarried, to Hazel Martyn (1886–1935), an Irish-American known for her beauty and poise, who had a daughter, Alice Trudeau (Mrs. Jack McEnery). Hazel Lavery was depicted in more than 400 of her husband's paintings. The sumptuous The Artist's Studio: Lady Lavery with her Daughter Alice and Step-Daughter Eileen, currently is in the National Gallery of Ireland.

Hazel Lavery modelled for the allegorical figure of Ireland he painted on commission from the Irish government, reproduced on Irish banknotes from 1928 until 1975 and then as a watermark until the introduction of the Euro in 2002. The Laverys' marriage was tempestuous, and Lady Lavery reportedly was unfaithful. 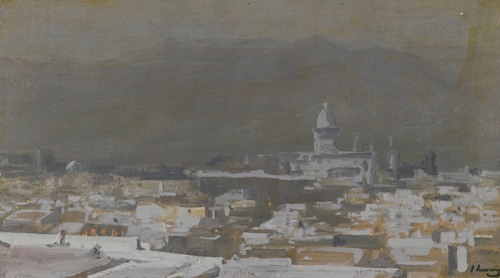 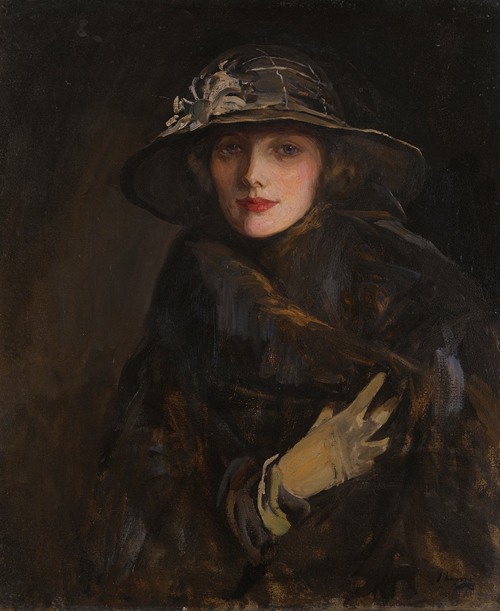 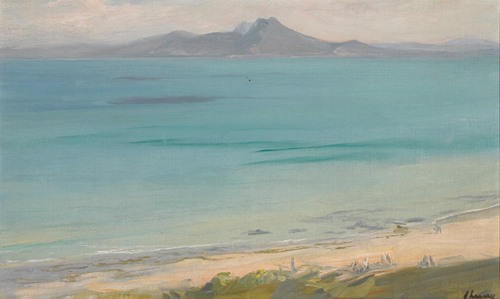 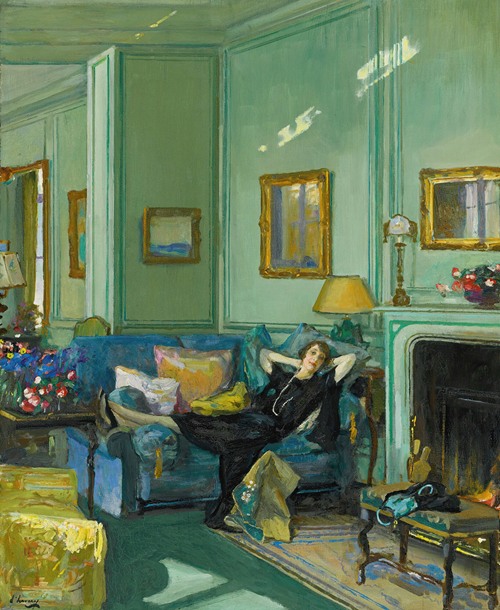 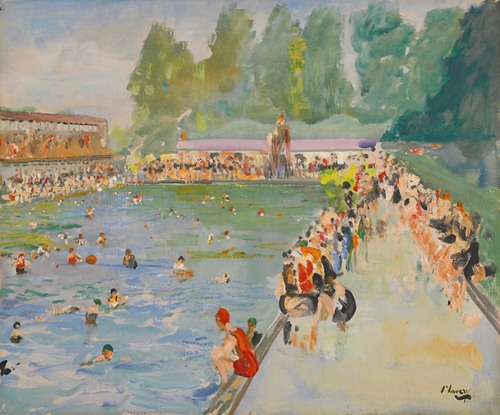 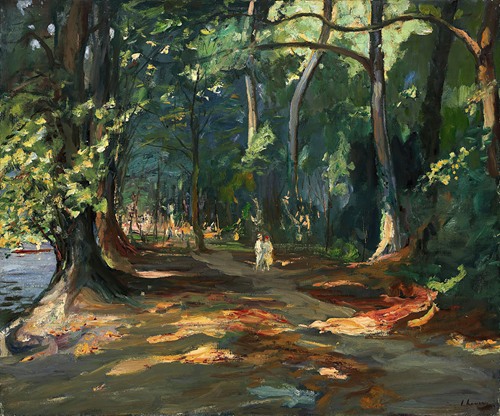 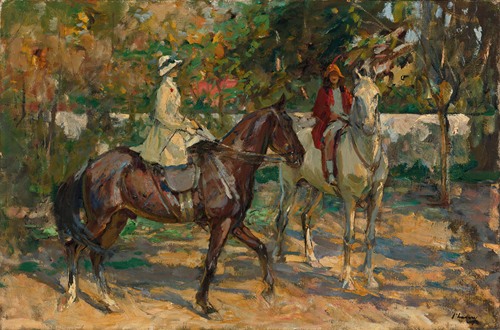 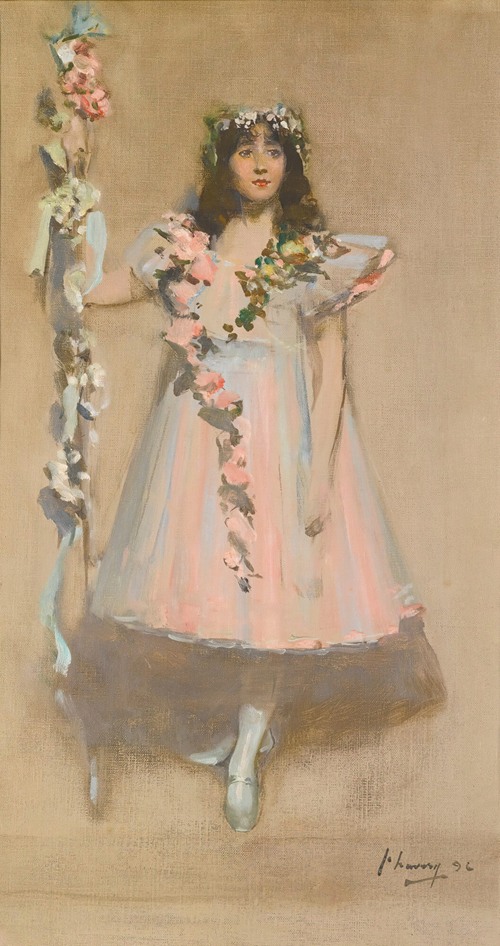 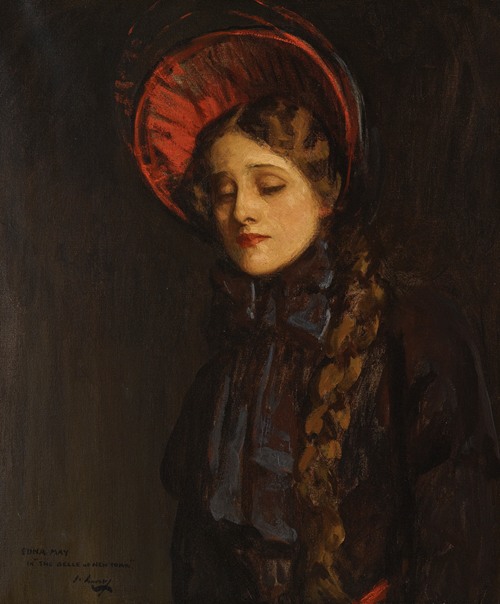 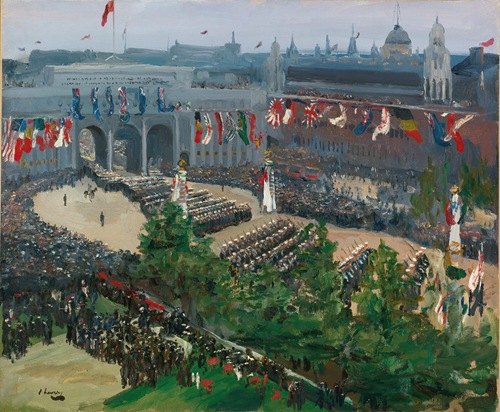 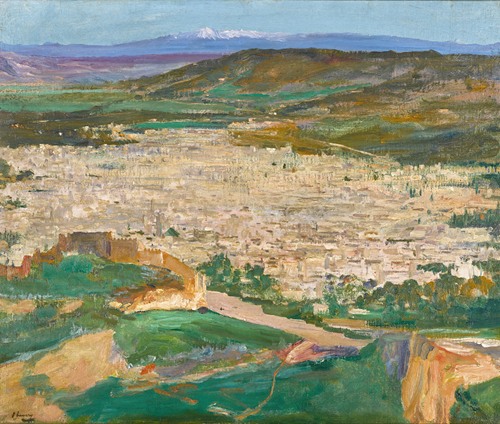 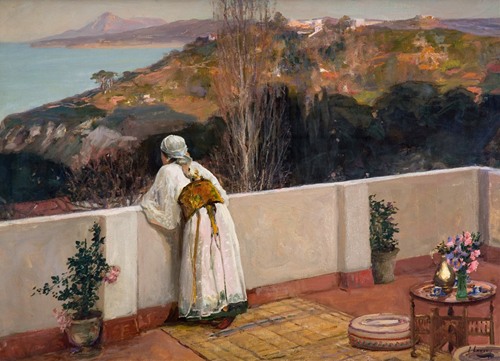 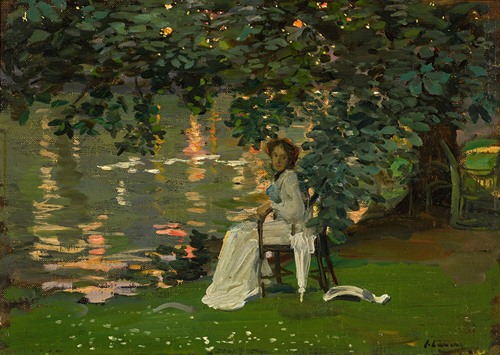 Under The Trees, Ranelagh 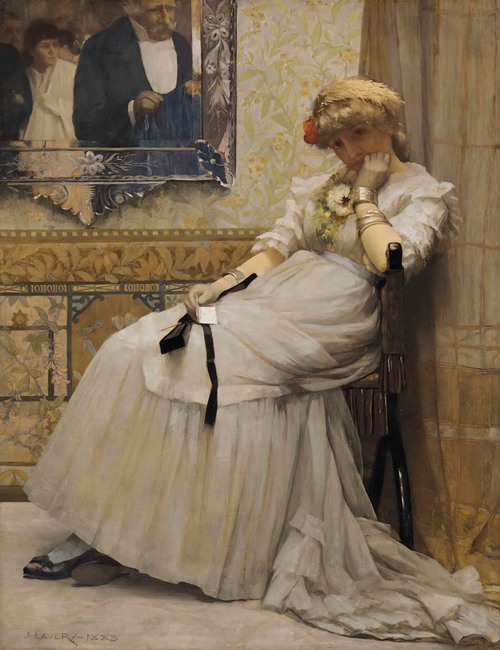 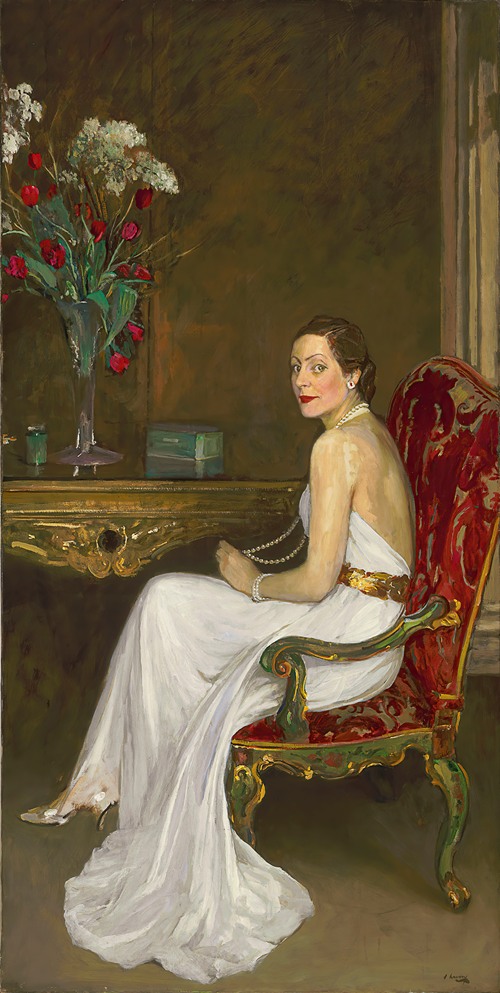 The Lady in White, Viscountess Wimborne (1939) 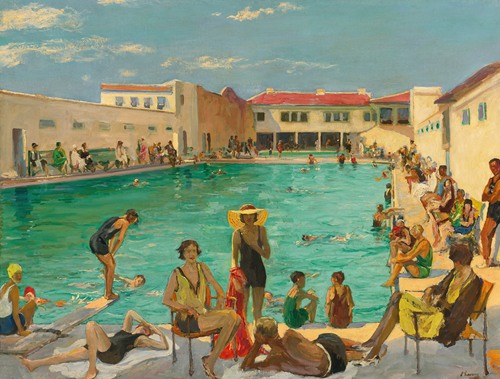 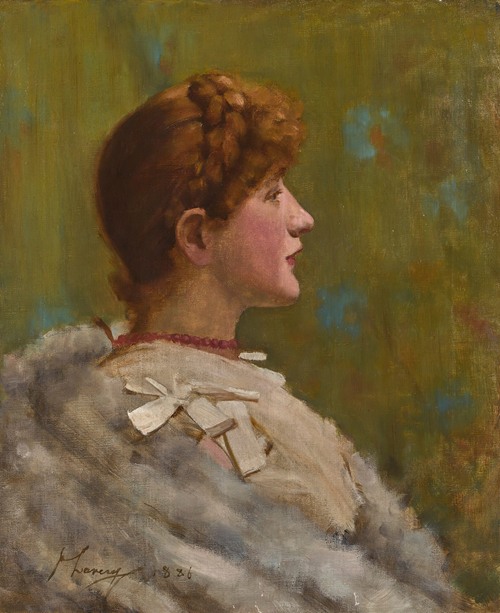 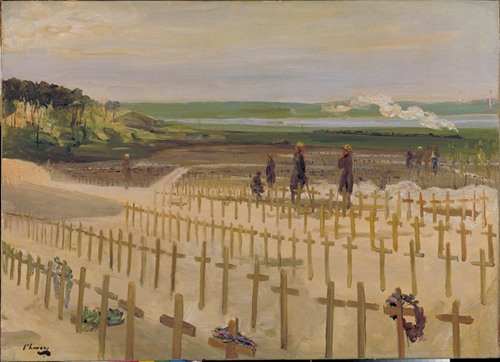 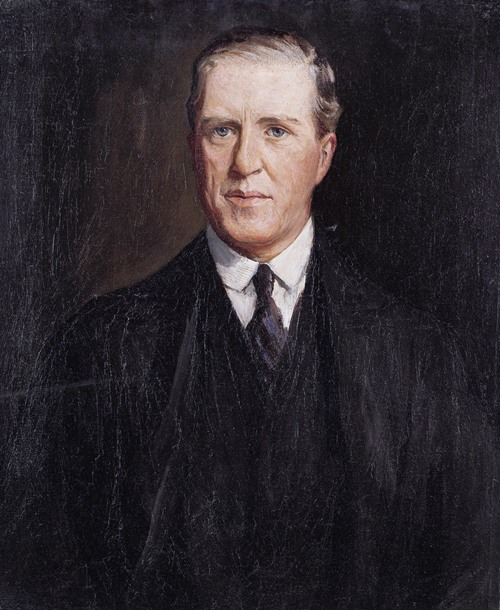 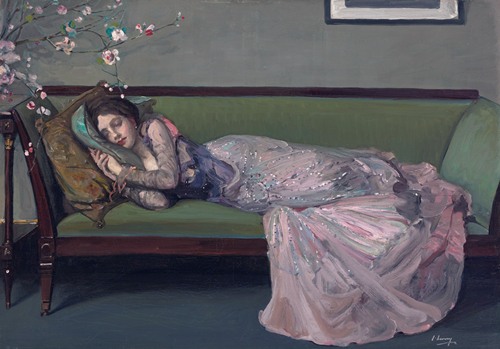 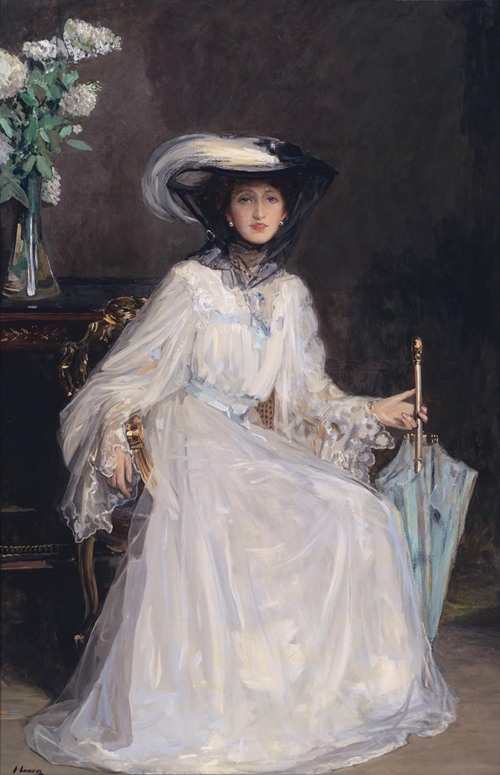