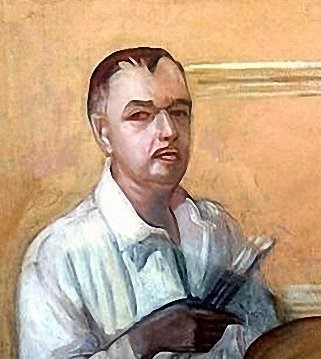 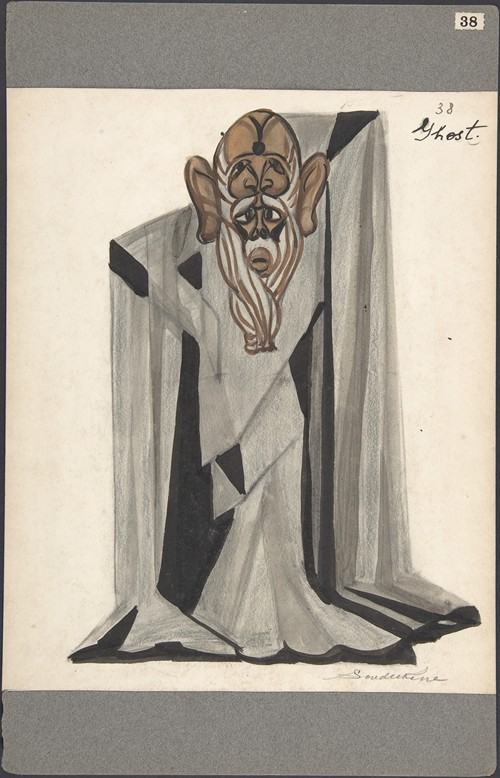 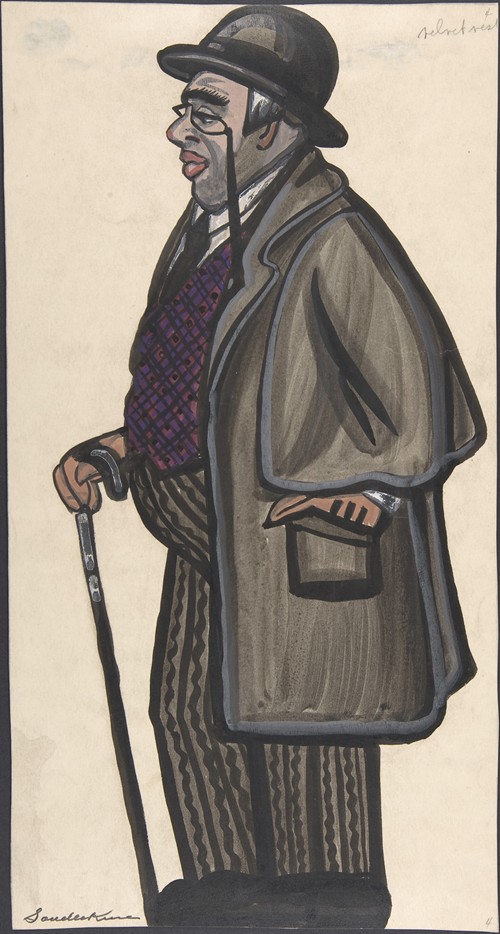 Man wearing a purple and red vest, with a pince-nez and bowler 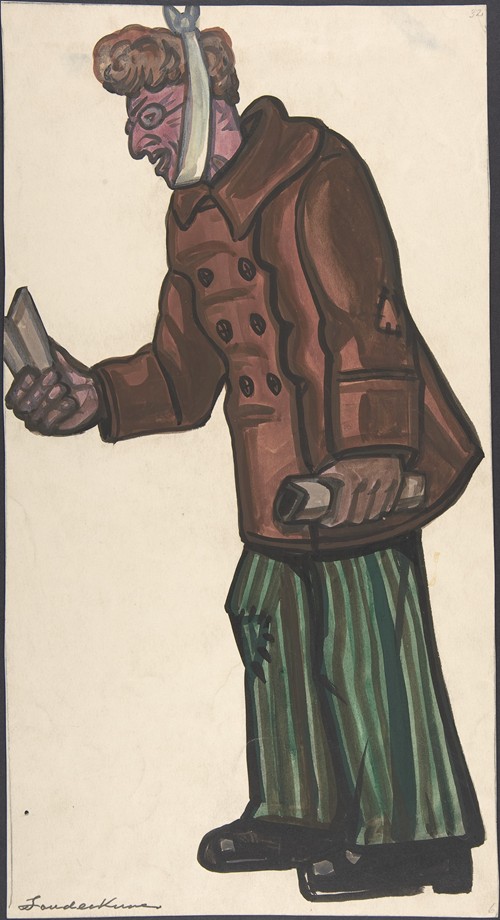 Man with a bandaged jaw 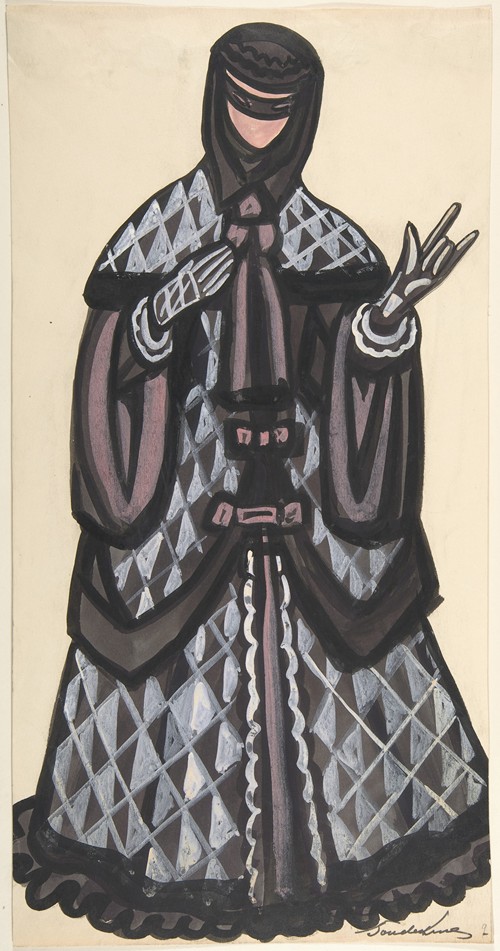 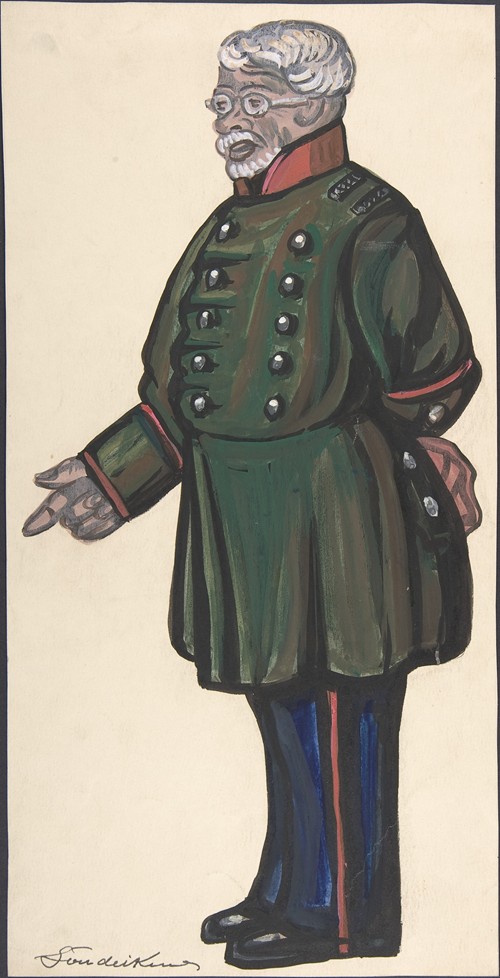 Old man with a cane 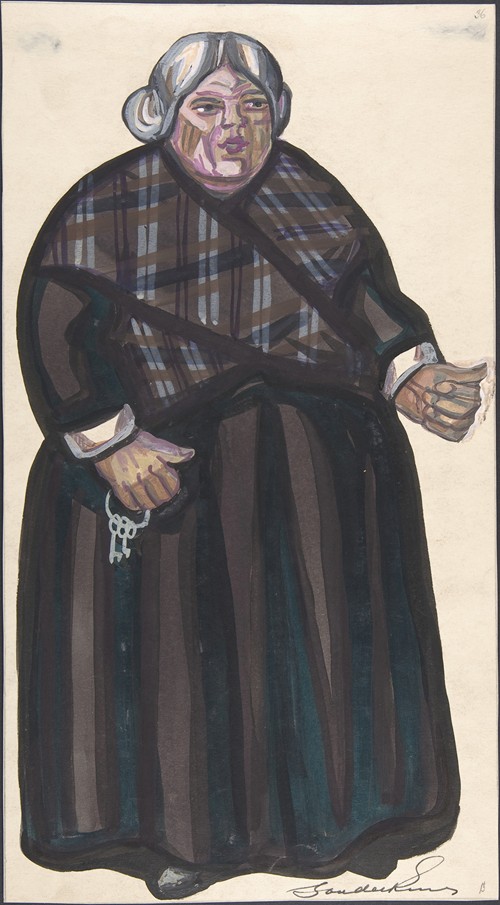 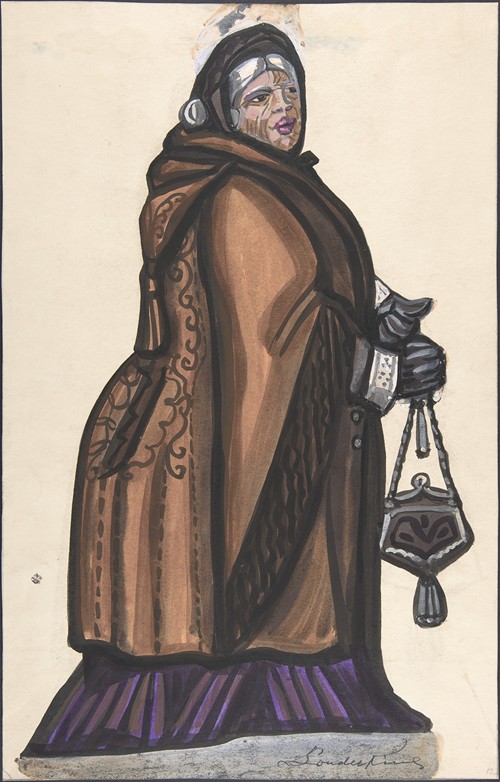 Old Woman in a Brown Coat 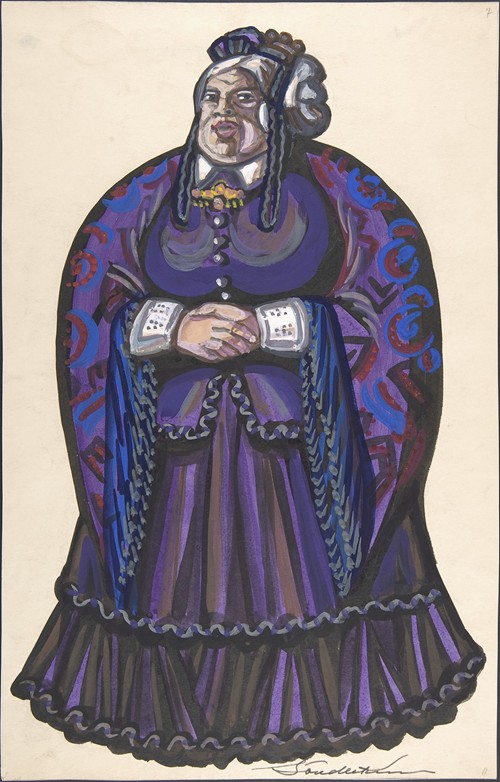 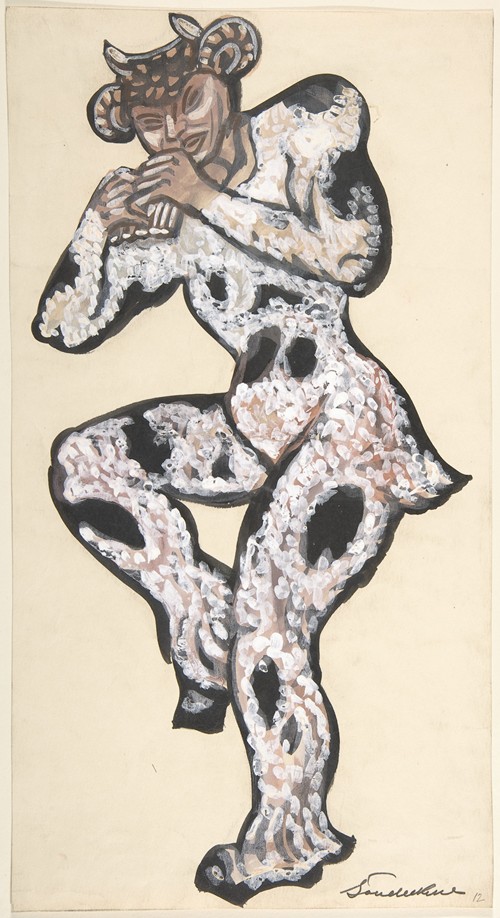 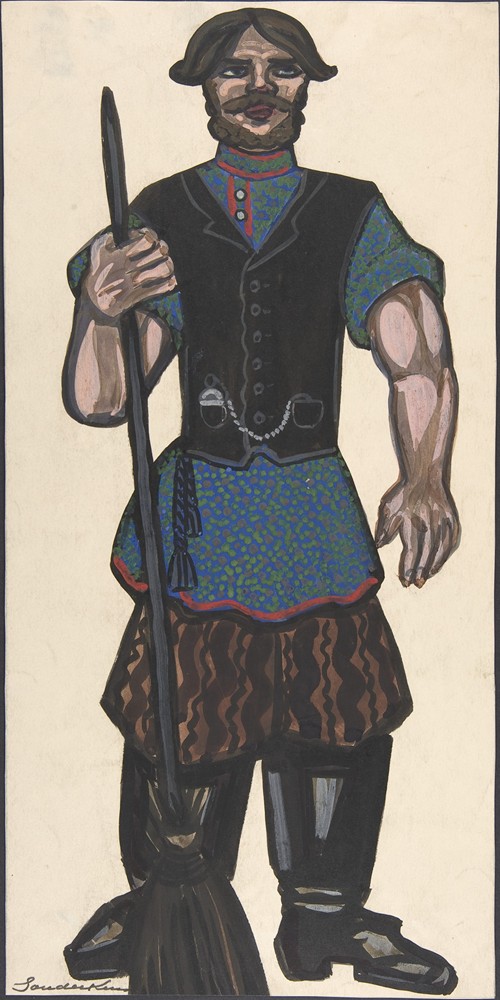 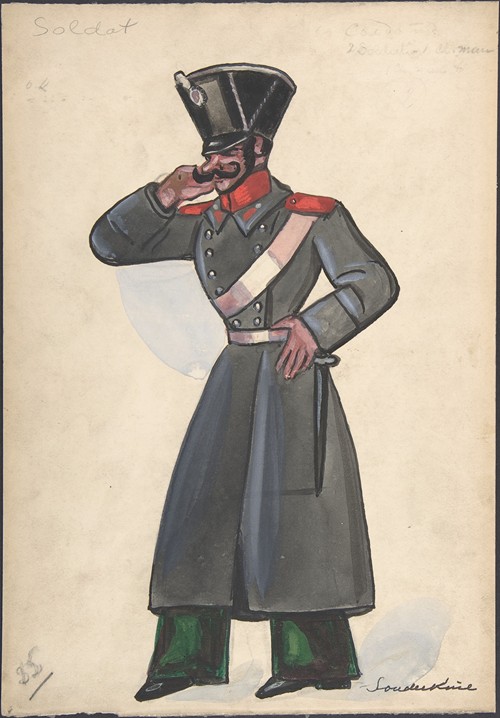 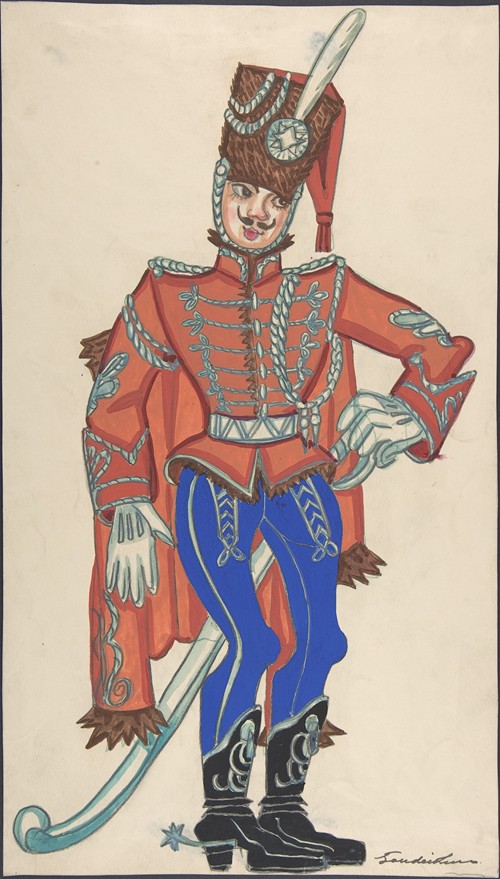 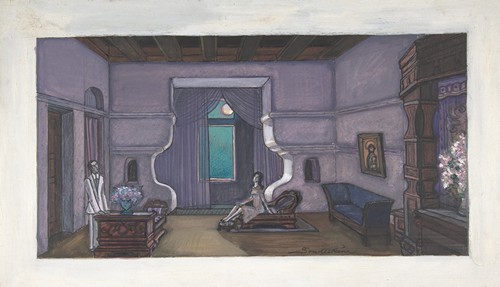 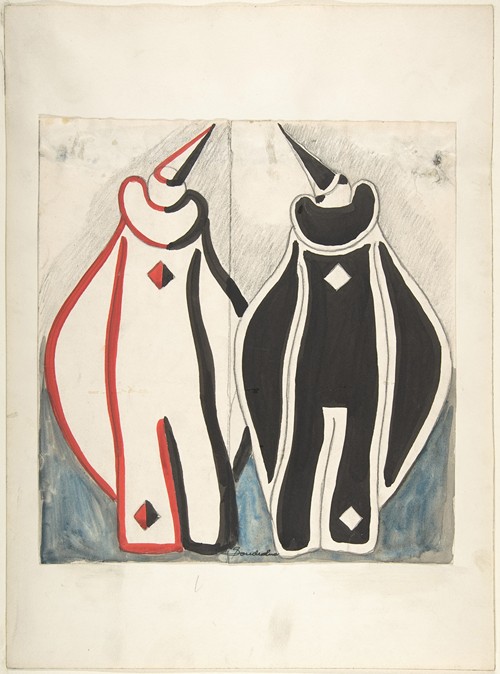 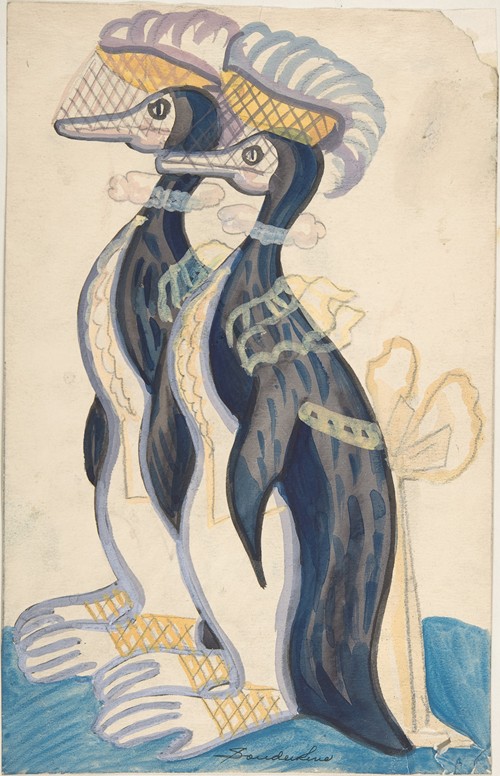 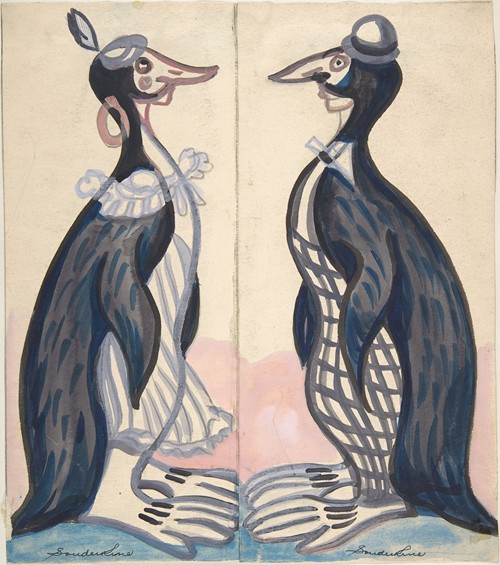 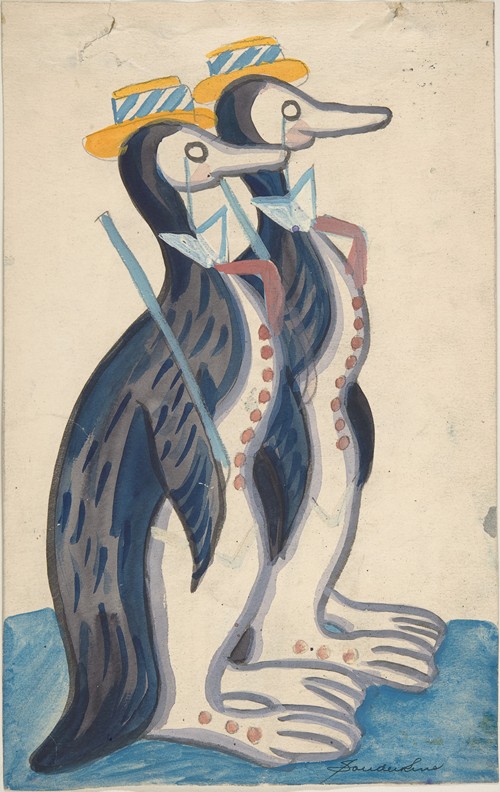 Woman dressed as a milkmaid holding a pail 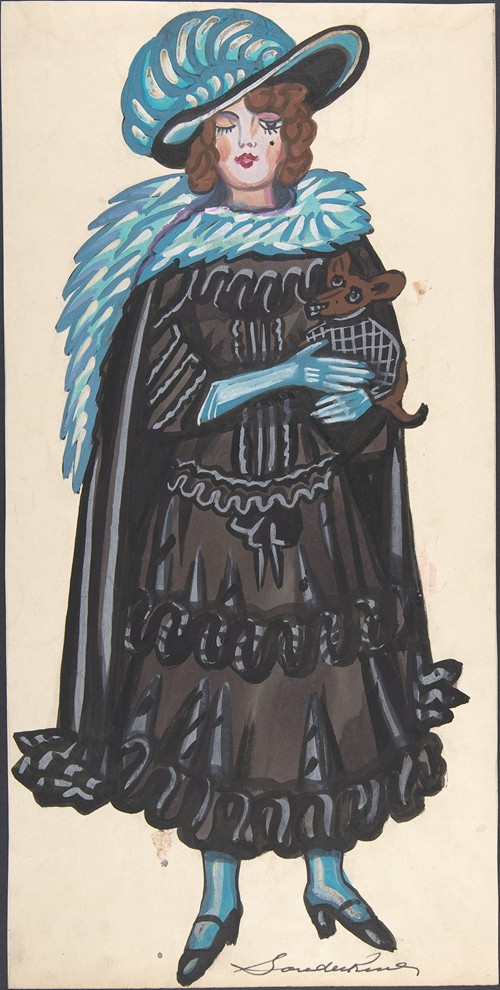 Woman in a black dress and blue boa holding a dog

Woman in a black fur 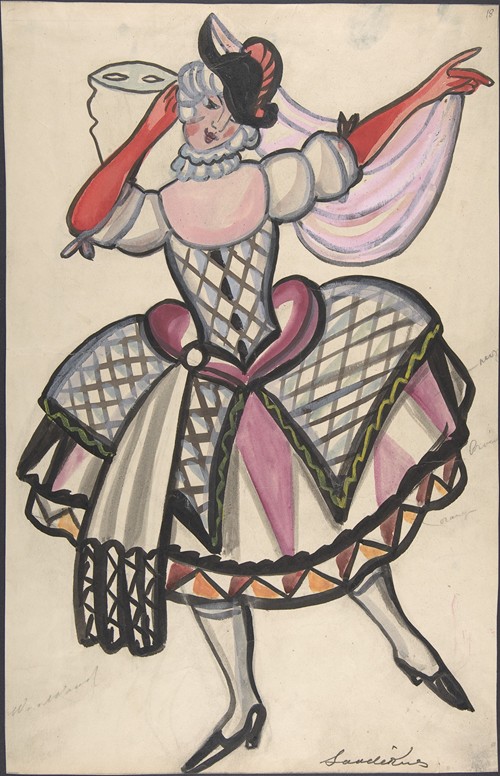 Woman in a harlequin costume holding a mask 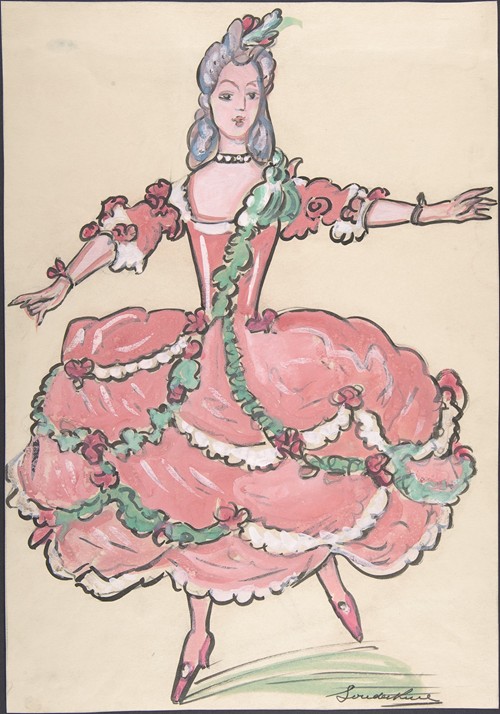 Woman in an elegant pink and green gown 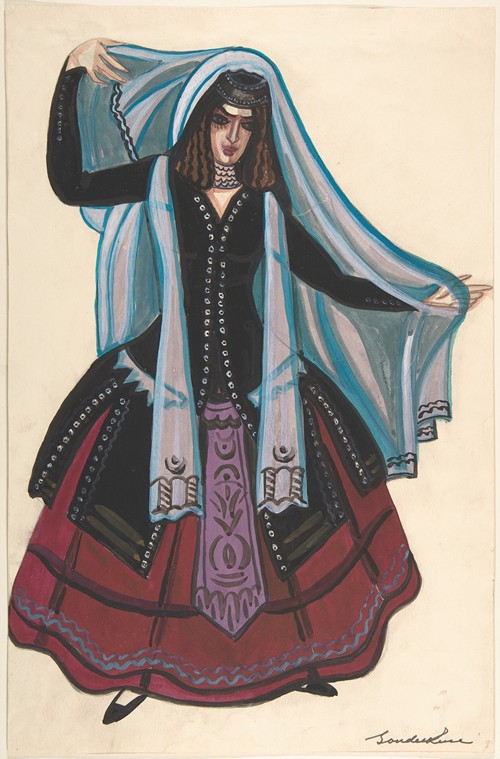 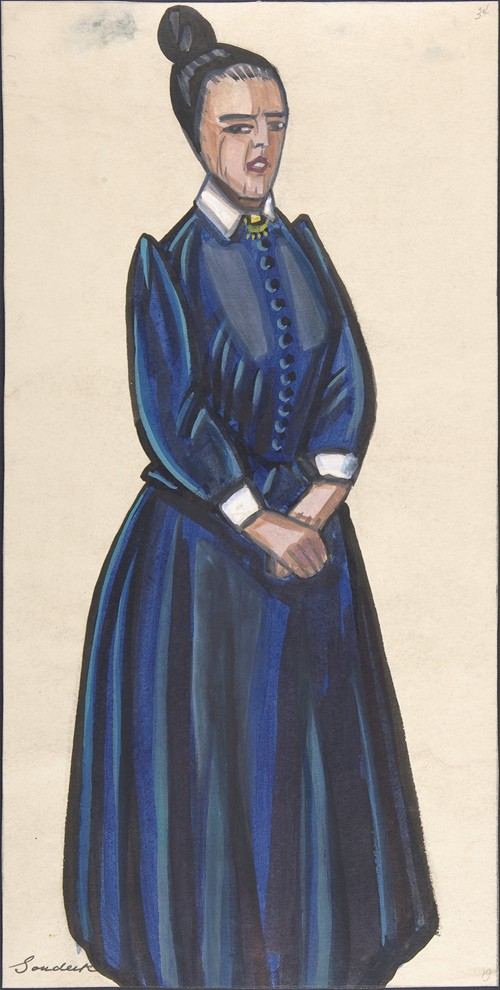 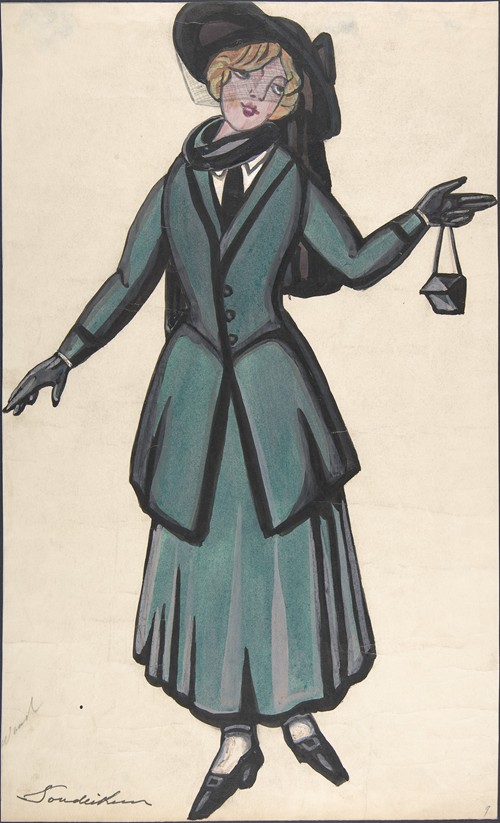