Rubens Santoro was an Italian painter.
He moved to Naples at 10 years of age, to study literature, but his inclination was painting. He only briefly enrolled at the Neapolitan Academy, instead, real life was his model. His first work was a small and simple genre piece: A Girl who Laughs, exhibited at the Promotrice. Domenico Morelli took note and encouraged him.

He began painting landscapes at Granatello, where the painter Mariano Fortuny was visiting. Fortuny commented to his fellow painter that:

Many end up where you started .... (you) continue to study more from life; of the ancient painters only two or three will learn from nature to add to their art. I had to work twelve years, and God knows what and how much effort, to break the gates of the Academy within which I had imprisoned myself, while you breathe the open and have attained it already.

Santoro continually changed his vistas, painting in Torre Annunziata, Castellammare di Stabia, Procida, the Amalfi Coast, and Resina. During the long trips to the open countryside, he distracted himself by playing the mandolin. Many of his Amalfi landscapes were bought by the Goupil Gallery. Two were displayed at the 1877 Exposition at Naples: Marina di Maiuri and Grotta degli Zingari. At the Isle of Capri, he completed the following canvases sent to the 1880 Turin Exhibition: Marina of Naples; Pozzo; Zingara; Zingare; Cavalcavia; Monte Tiberio; Quiete (a half-figure of a woman); Giovinezza; and Vecchiezza. At Venice he painted the vedute: Cloister of San Gregorio; Via di Piccioni; Wooden House; San Barnaba; Ponte de' Turchetti; Al sole; Le lavoratrici di coralli; Blue House; and Grand canal. He moved to Paris, and after an excursion in England, returned to Naples even more prolific. Colnaghi, the art merchant of London, commissioned paintings for Stewart Gardner from the artist. His painting Verona exhibited at 1911 exhibition of Barcelona was awarded a Silver medal.

The painter Francesco Raffaello Santoro was his cousin. 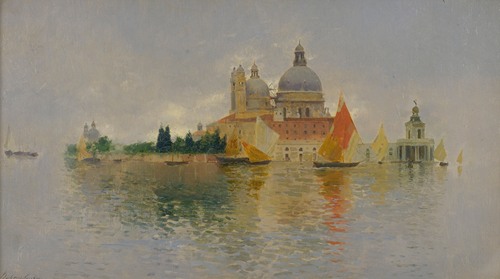 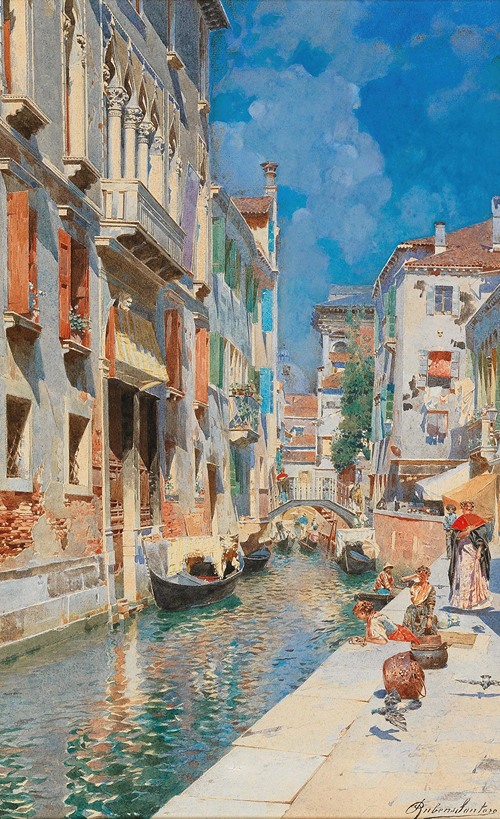 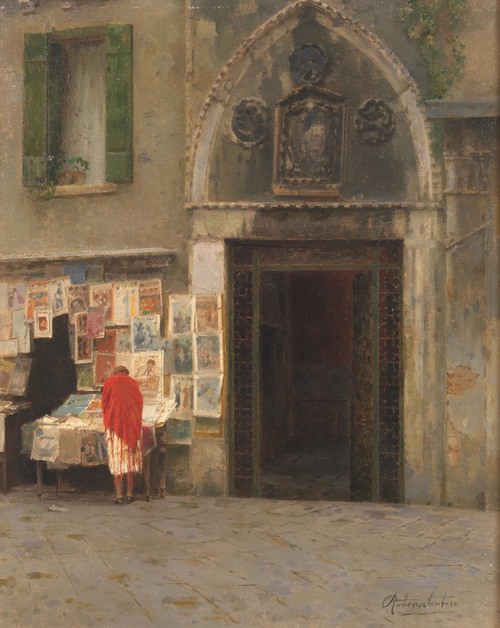 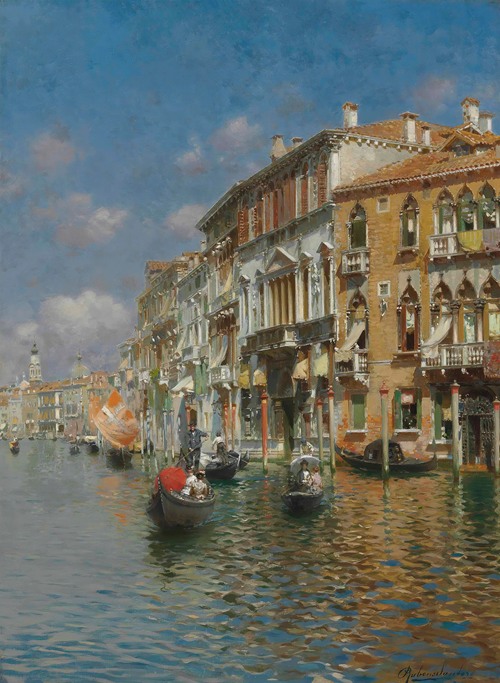 Gondolas On The Grand Canal, Venice 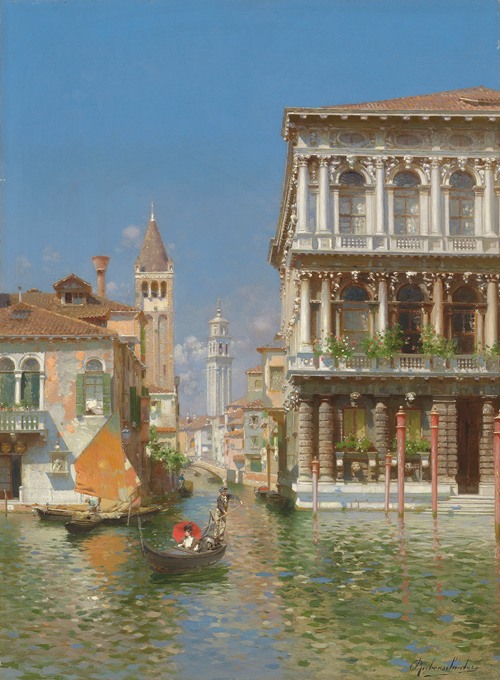 Gondola On The Grand Canal Near Ca’ Rezzonico, Venice 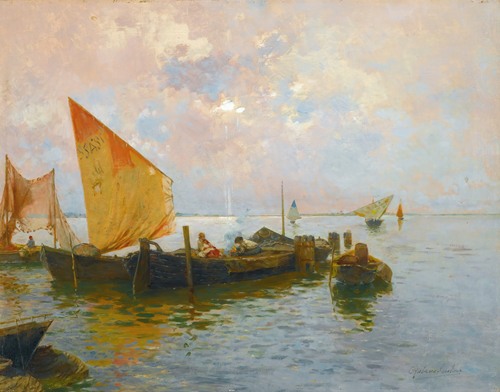 Sailing Boats On The Lagoon, Venice 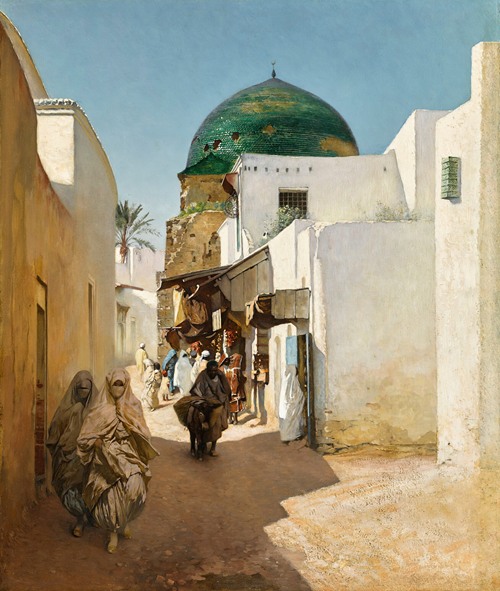 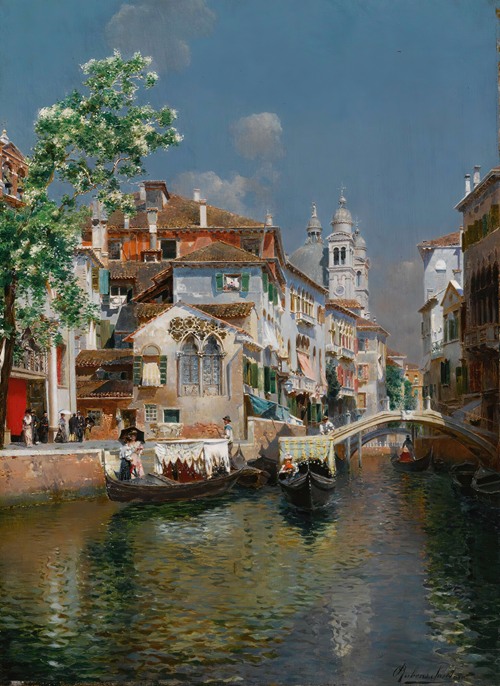 Gondolas On A Venetian Canal, Santa Maria Della Salute In The Distance 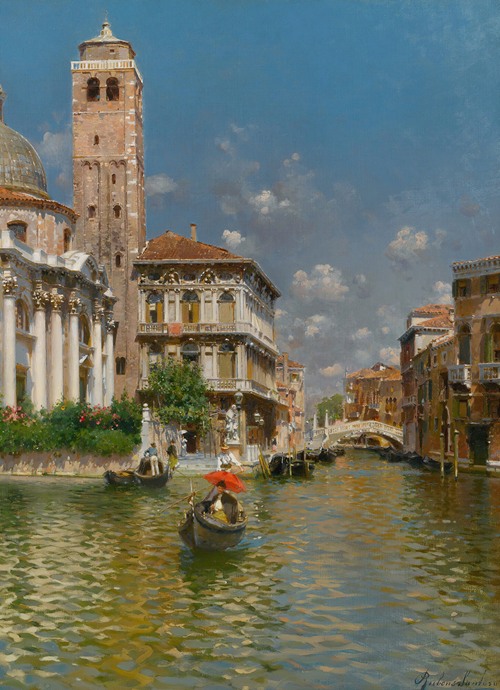 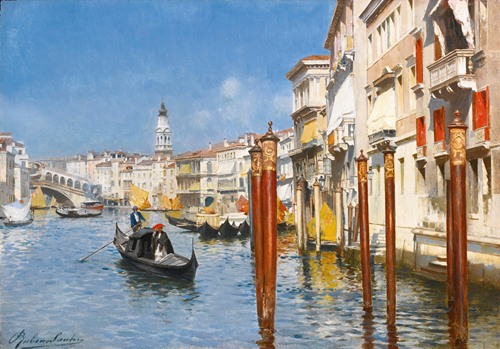 The Grand Canal With The Rialto Bridge, Venice 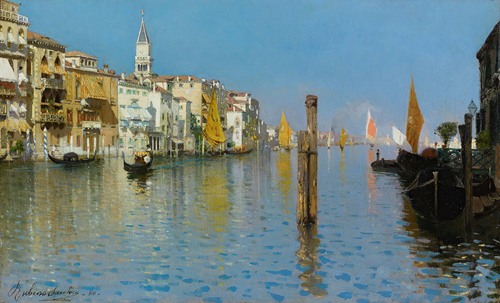 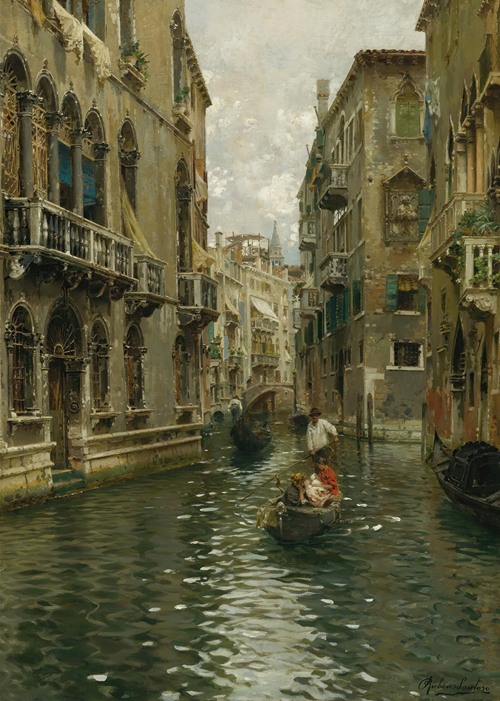 A Family Outing On A Venetian Canal 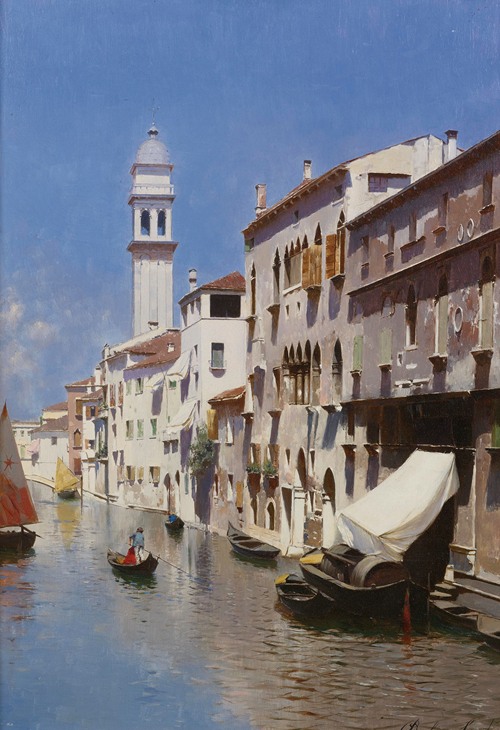 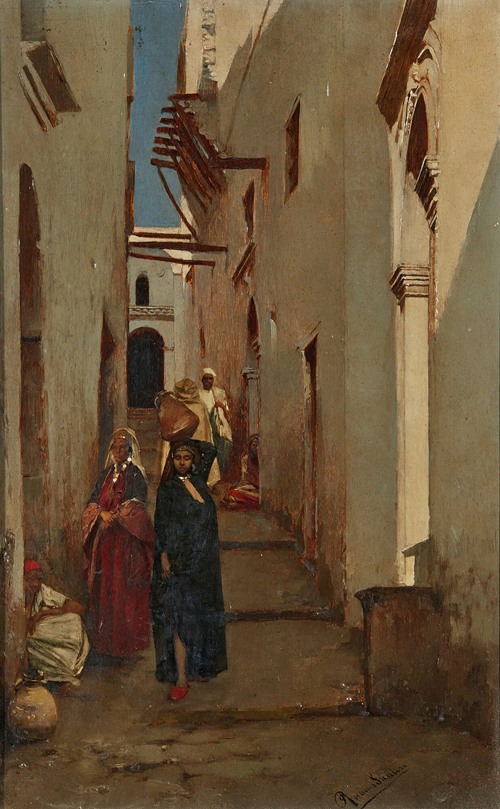 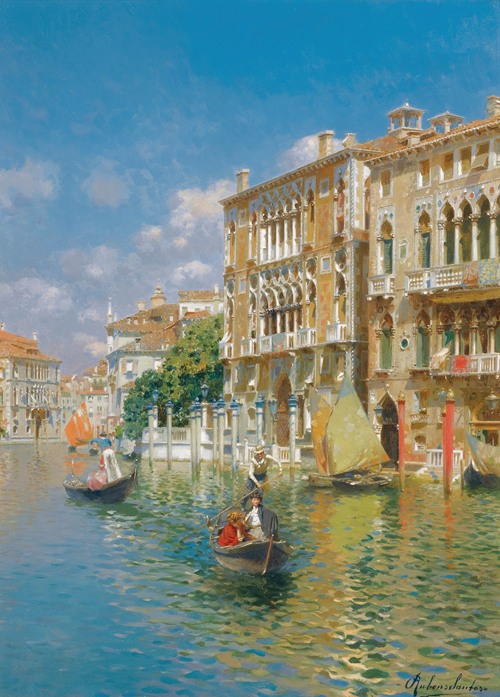 Gondoliers In Front Of The Palazzo Cavalli-Franchetti, Venice 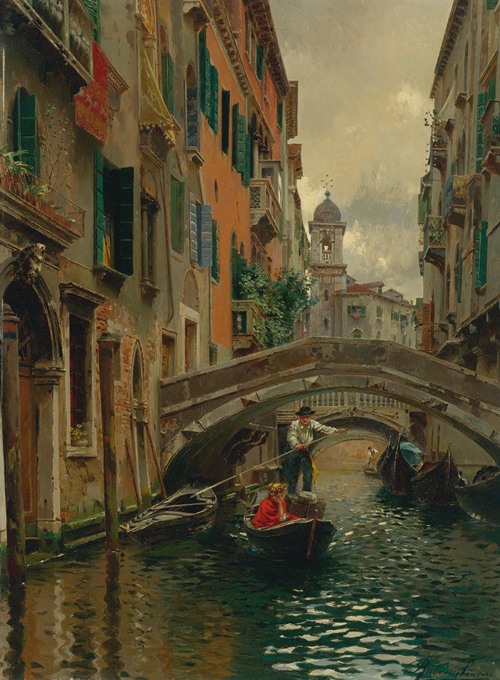