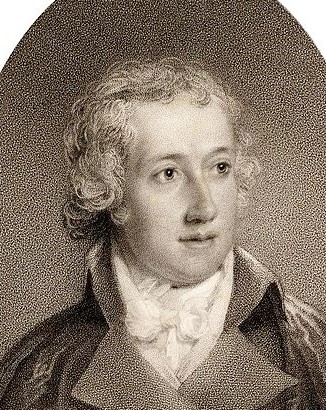 Robert John Thornton was an English physician and botanical writer, noted for "A New Illustration of the Sexual System of Carolus Von Linnæus" (1797-1807) and "The British Flora" of 1812.

He was the son of Bonnell Thornton and studied at Trinity College, Cambridge. Inspired by John Martyn's lectures on botany and the work of Linnaeus he switched from the church to medicine. He worked at Guy's Hospital in London, where he later lectured in medical botany. After spending some time abroad, he settled and practised in London.

In 1799 Thornton commenced his work on the New Illustration of the Sexual System of Carolus von Linnaeus a work of botanical science to be published in three parts. The first was a dissertation on the sex of plants according to the Swedish scientist, Carolus von Linnaeus and the second an exposition of the sexual system.The most ambitious part of the New Illustration of the Sexual System of Carolus Linnæus was Part III, the Temple of Flora (1799-1807). The first plates were engraved by Thomas Medland in May 1798, from paintings by Philip Reinagle. Between 1798 and 1807, they produced a total of thirty-three coloured plates, engraved in aquatint, stipple and line engraving.