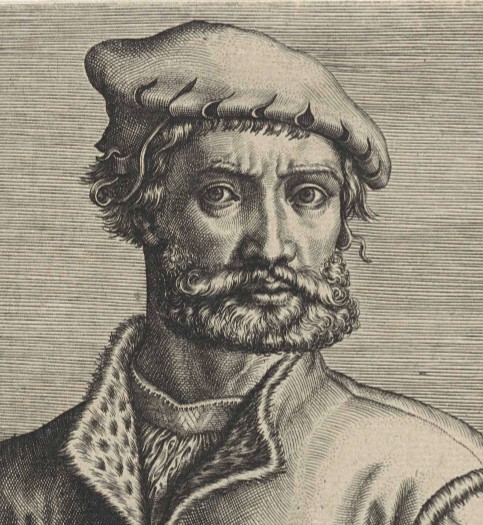 Coecke van Aelst was a polyglot. He published translations into Flemish (Dutch), French and German of Ancient Roman and modern Italian architectural treatises. These publications played a pivotal role in the dissemination of Renaissance ideas in Northern Europe. They contributed to the transition in Northern Europe from the late Gothic style then prevalent towards a modern 'antique-oriented' architecture.

Pieter Coecke van Aelst was the son of the Deputy Mayor of Aalst. The early Flemish biographer Karel van Mander wrote in his Schilder-boeck published in 1604 that Coecke van Aelst studied under Bernard van Orley, a leading Renaissance painter based in Brussels. There are no documents that prove this apprenticeship but there are strong stylistic similarities between the styles of the two artists.

According to Karel van Mander, Pieter Coecke van Aelst later studied in Italy where in Rome he made drawings after Classical sculpture and architecture. Although there is no firm evidence that Coecke van Aelst travelled to Italy, stylistic evidence supports the notion that he travelled to Italy. The Italian influence could, however, also be attributed to the fact that Raphael’s tapestry cartoons were available in Brussels, where they were used for the manufacture of tapestries around 1516. However, as Coecke van Aelst clearly was familiar with Raphael's fresco of the Triumph of Galatea located in the Villa Farnesina in Rome, it seems likely he did in fact travel to Italy.

Pieter Coecke van Aelst married twice. He married his first wife Anna van Dornicke in 1525 shortly after his move to Antwerp. Anna was the daughter of Jan Mertens van Dornicke, one of the most successful painters working in Antwerp. His father in law was possibly his teacher. Coecke van Aelst took over his father-in-law's workshop after the latter's death in 1527. There were two children from this first marriage, Michiel and Pieter II. The latter was a painter. After the death of his first wife before 1529, Coecke van Aelst had an affair with Anthonette van der Sandt (also known as Antonia van der Sant). The pair never married but had a daughter, Antonette, and at least one son, Pauwel who also became a painter.

Coecke van Aelst is recorded joining the local Guild of Saint Luke of Antwerp in 1527. In 1533, he travelled to Constantinople where he stayed for one year during which he tried to convince the Turkish sultan to give him commissions for tapestries. This mission failed to generate any commissions from the sultan. Coecke made many drawings during his stay in Turkey including of the buildings, people and the indigenous flora. He seems to have retained from this trip an abiding interest in the accurate rendering of nature that gave his tapestries an added dimension. The drawings which Coecke van Aelst made during his stay in Turkey were posthumously published by his widow under the title Ces moeurs et fachons de faire de Turcz avecq les regions y appertenantes ont este au vif contrefaictez (Antwerp,1553).

Upon his return to Antwerp in 1534, Coecke van Aelst produced designs for a large-scale figure, called 'Druon Antigoon' or the 'Giant of Antwerp' of which the head in papier-maché possibly still survives (Museum aan de Stroom, Antwerp). The giant made its premiere many years later in 1549 at the occasion of the Joyous entry into Antwerp of Prince Philip (the future Philip II). The giant became a regular fixture in public processions in Antwerp until the 20th century. In the year 1537 Coecke van Aelst was elected a dean of the Antwerp Guild of Saint Luke. He also received a stipend from the Antwerp city government. Around this time Coecke van Aelst received major commissions for the design of stained-glass windows including for the Antwerp Cathedral.

Around 1538–1539 Coecke van Aelst married for the second time. His second wife Mayken Verhulst was originally from Mechelen and a painter of miniatures. The couple had three children, two daughters called Katelijne and Maria and a son named Pauwel (even though he had another son with this name). The prominent painter Pieter Brueghel the Elder married Coecke van Aelst's daughter Maria (called 'Mayken'). Karel van Mander has asserted that Coecke van Aelst's second wife was the first teacher of her grandchildren, Pieter Brueghel the Younger and Jan Brueghel the Elder. Through his marriage with Mayken Verhulst, Pieter Coecke became a brother-in-law of the prominent printmaker and publisher Hubertus Goltzius who had married Mayken's sister Elisabeth.

There is speculation that Coecke set up a second workshop in Brussels but there is no evidence for this. Coecke van Aelst was appointed court painter to Charles V only a few months prior to his death. Coecke was in Brussels in 1550 where he died in December. As his two youngest children died at the same time, it is possible that all three family members were victims of a contagious epidemic. 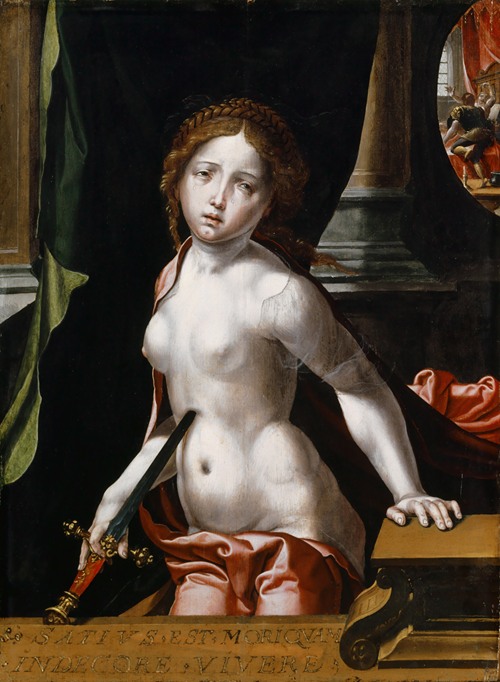 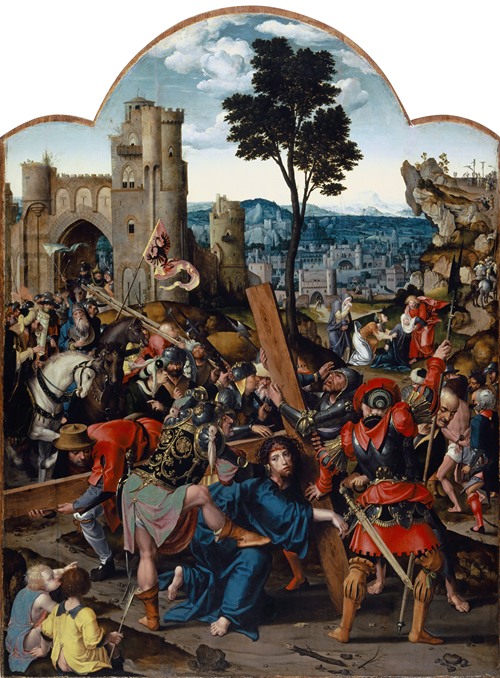 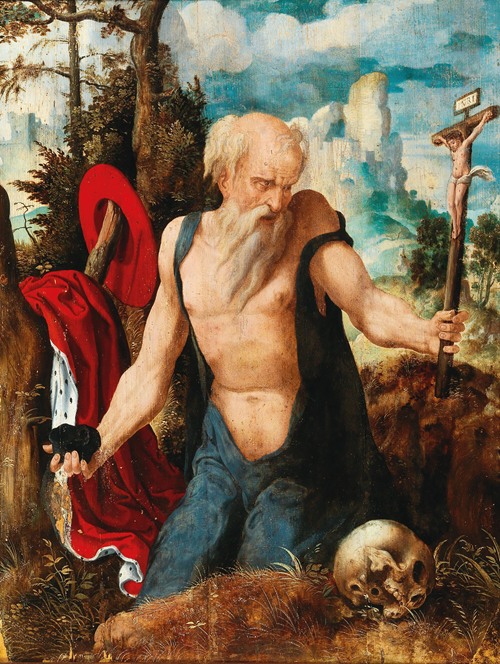 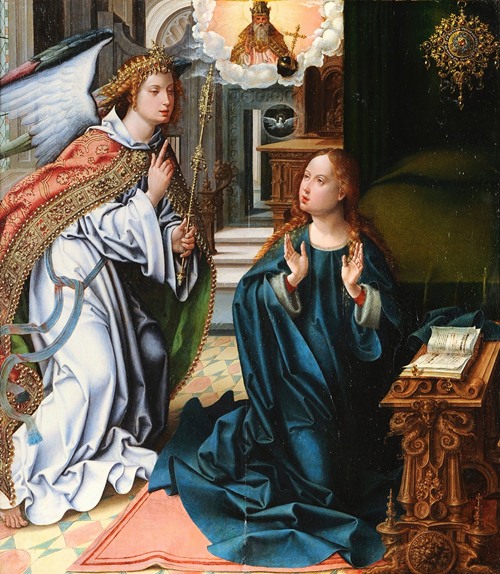 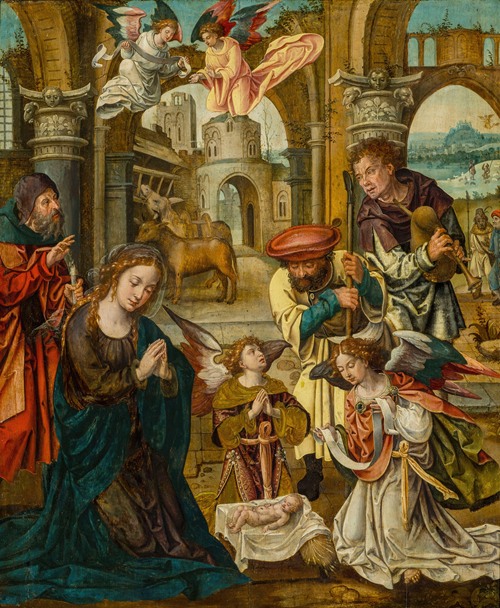 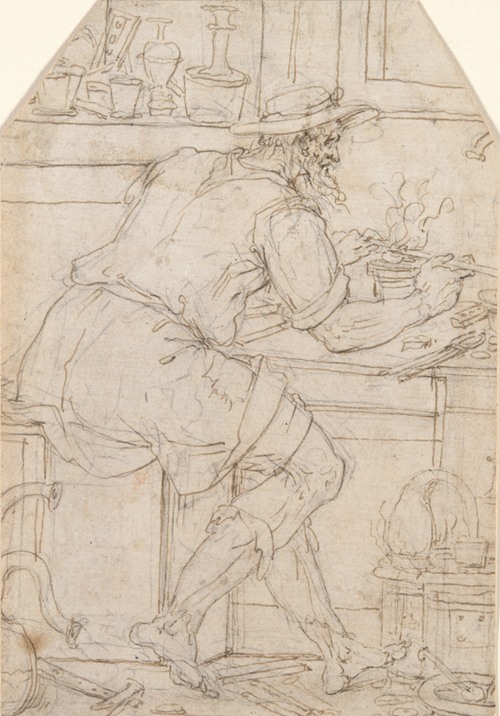 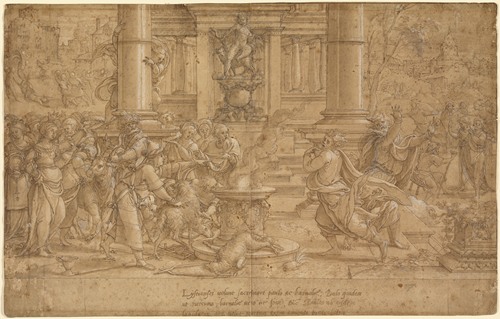