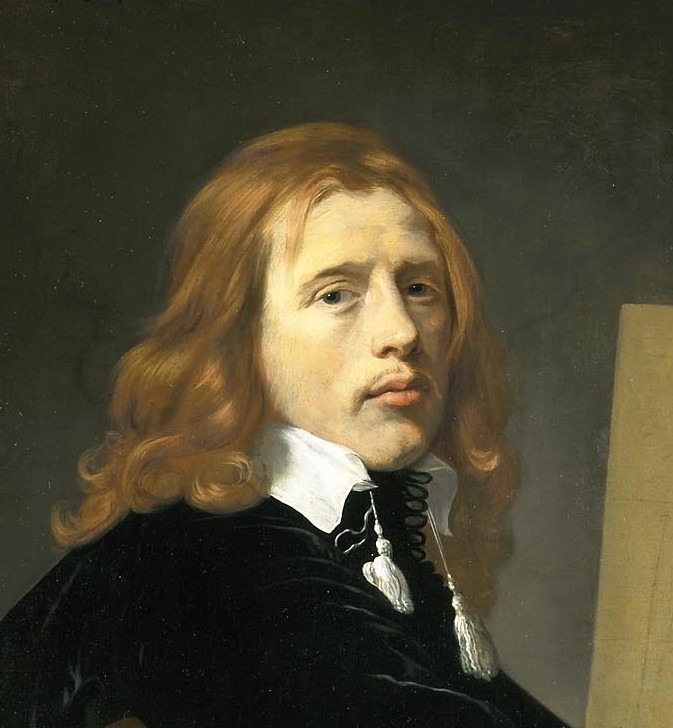 Paulus Potter was a Dutch painter who specialized in animals within landscapes, usually with a low vantage point.

Paulus Potter was born in Enkhuizen. He was baptized on 20 November 1625. In 1628 his family moved to Leiden, and in 1631 to Amsterdam, where young Paulus studied painting with his father, Pieter Symonsz Potter. After his mother died, his father started an affair with the wife of Pieter Codde, also living in the fancy Sint Antoniesbreestraat. For some time his father was a manufacturer of gilded leather hangings outside the city walls.

Potter became a member of the Guild of Saint Luke in Delft, but by 1649, Paulus moved to The Hague, next to Jan van Goyen. In July 1650, Potter married Adriana van Balckeneynde (1627-1690). His father-in-law was a leading building contractor in the Hague and introduced him to the Dutch elite. Amalia of Solms-Braunfels, a member of the stadholder's family and an art-lover, bought a painting with a pissing cow, but some court ladies seemed to have advised against it. In May 1652, he returned to Amsterdam on invitation of Nicolaes Tulp, who owned a number of his paintings. Tulp was impressed by his civilized behavior and politeness and had Potter paint his son Dirck Tulp as a noble equestrian. Potter already made a will in January 1653 and died a year later of tuberculosis, two months after his 28th birthday. 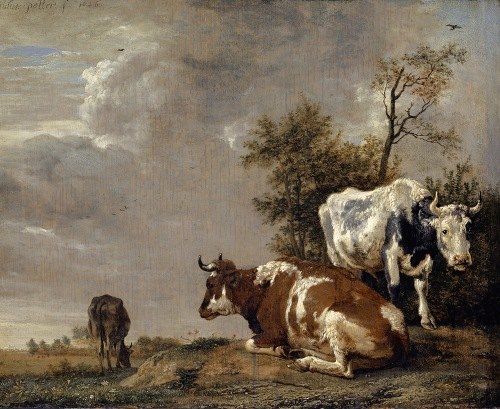 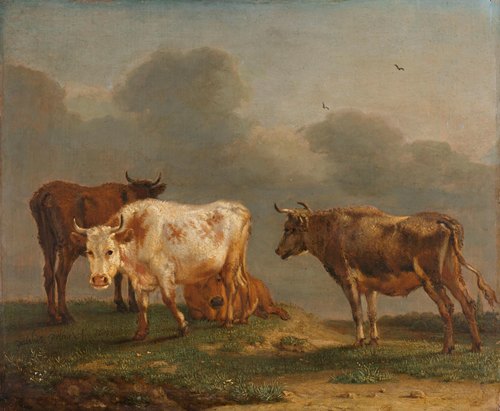 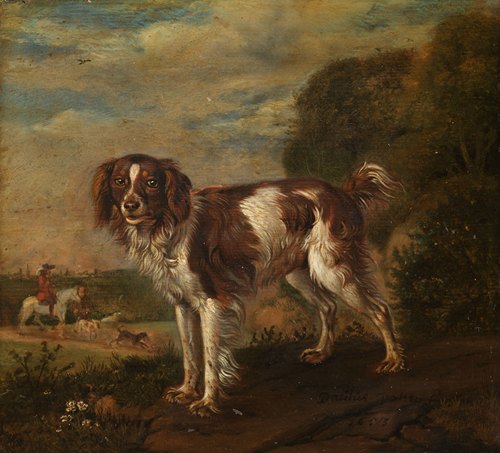 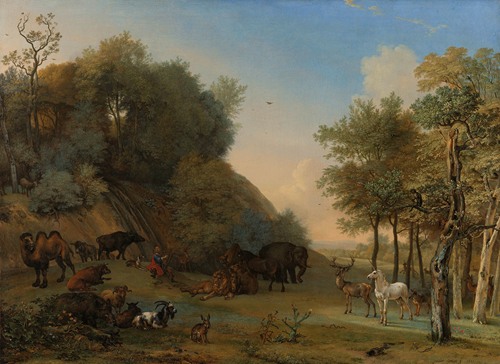 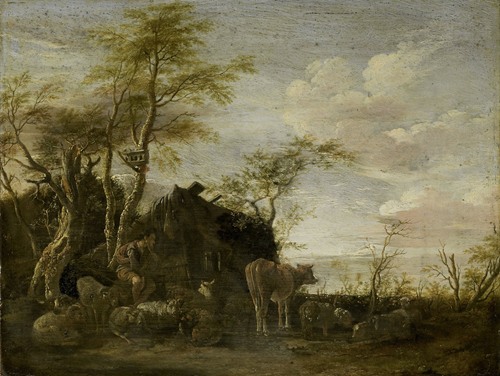 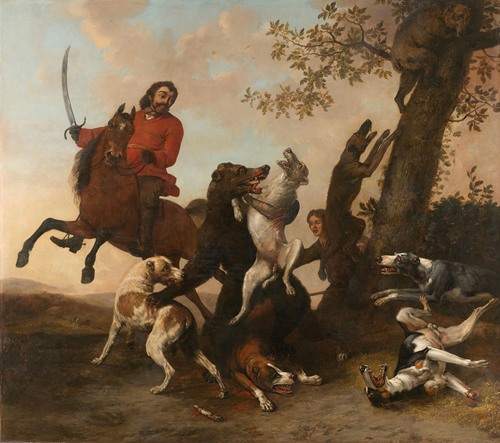 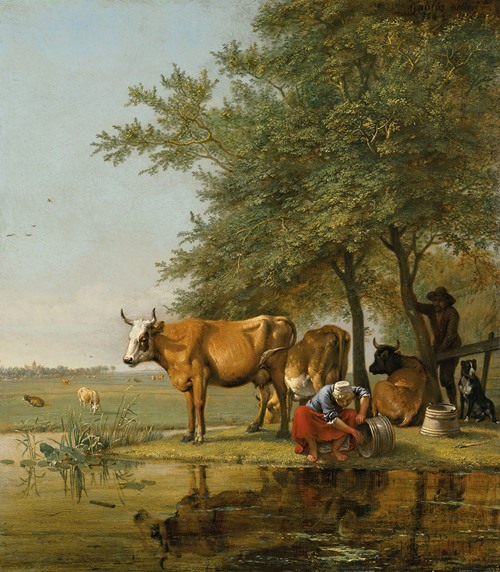 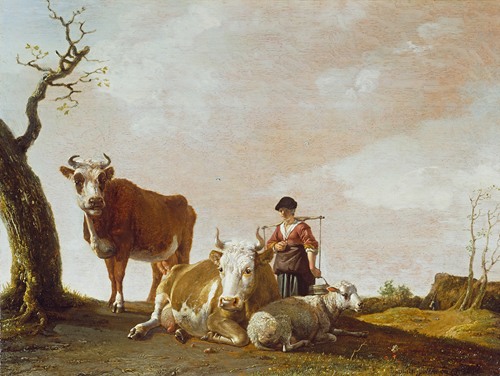 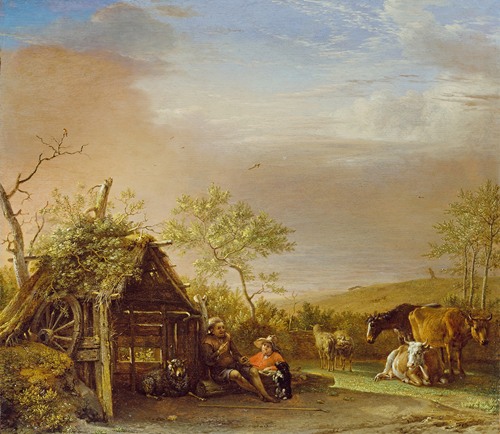 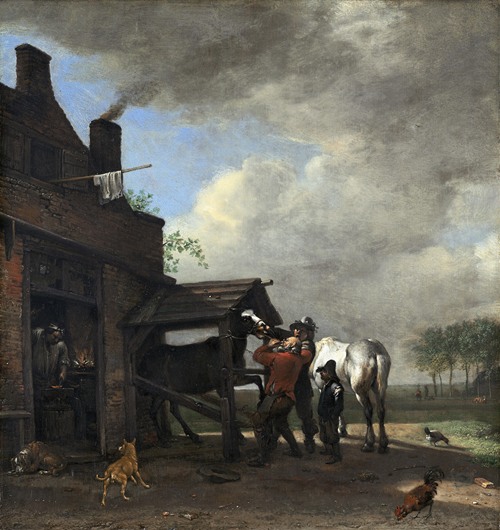 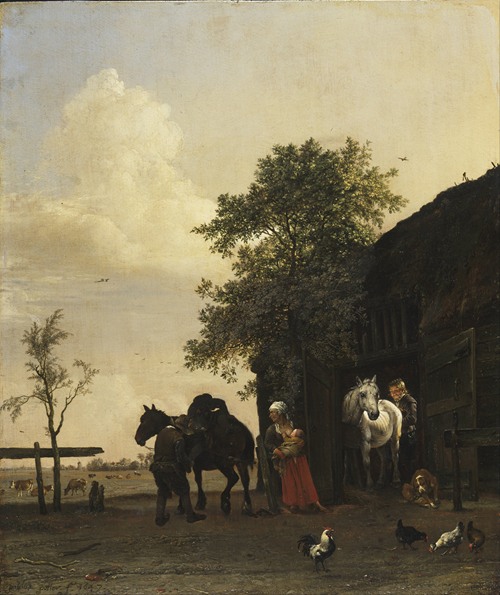 Figures with Horses by a Stable 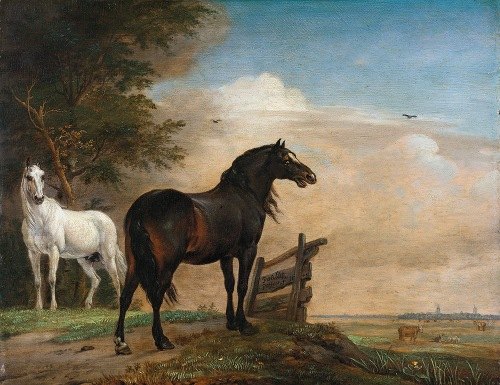 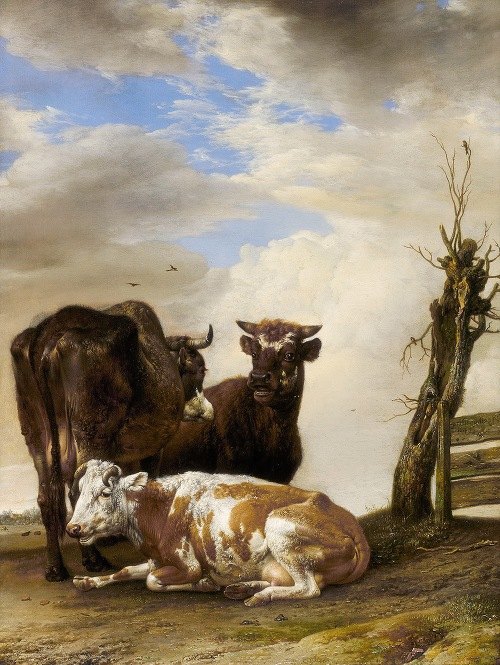 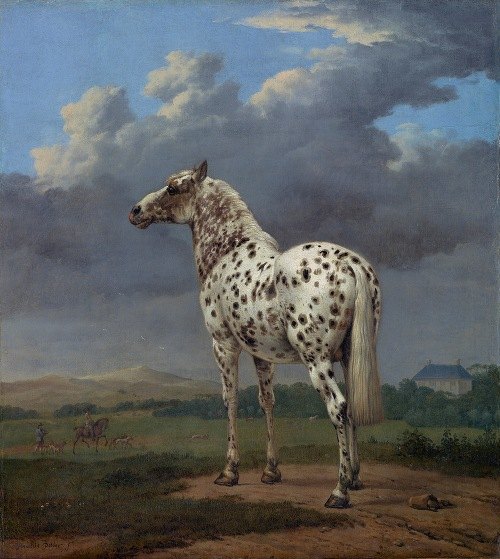 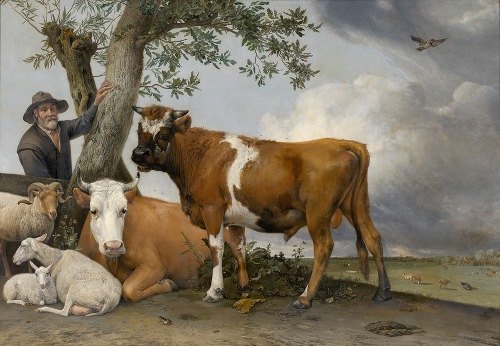 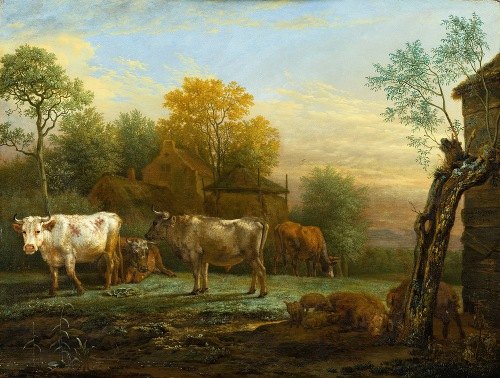 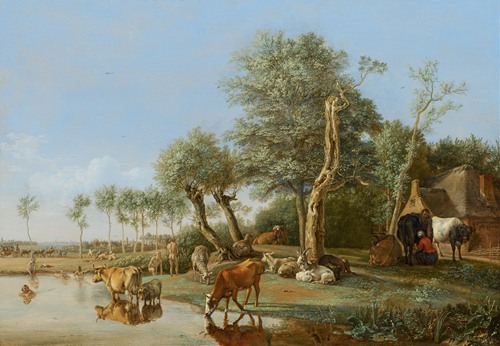 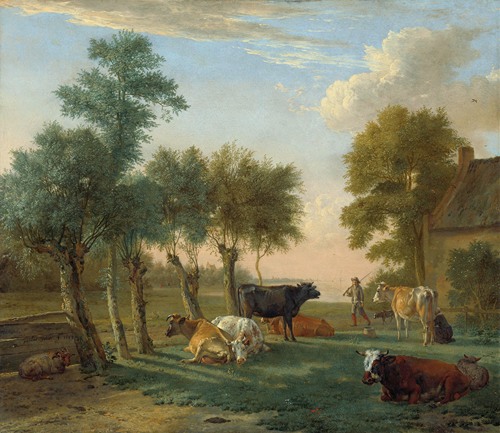 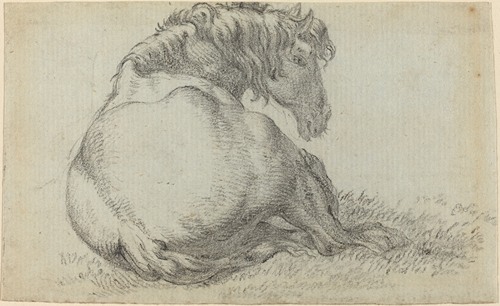 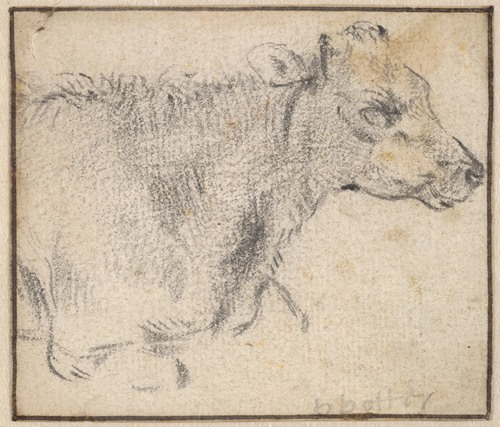