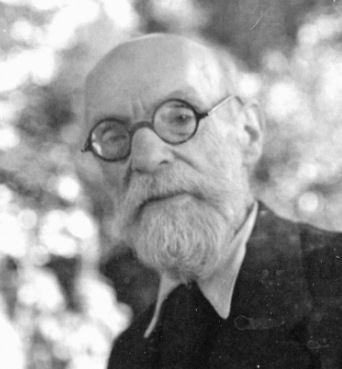 Friedrich Wilhelm Otto Modersohn was a German landscape painter. He was a co-founder of the Art Colony at Worpswede.

In 1884, he began his studies at the Art Academy of Düsseldorf. Four years later, he moved to the Academy of Fine Arts, Karlsruhe, where he studied under Hermann Baisch. In July 1889, he made his first visit to Worpswede with Fritz Mackensen. In August, Hans am Ende followed. They were later joined by Fritz Overbeck (1893) and Heinrich Vogeler (1894); all students from Düsseldorf. In 1895, they presented their first group exhibition at the Kunsthalle Bremen. They were largely panned by the critics, but went on to a major breakthrough at the Munich Glaspalast.

In 1897, the Art Colony was officially established and Modersohn married Helene Schröder (1868-1900), the daughter of a Bremen merchant. Two years later, he resigned from the association, citing his continuing fight for the personal, individual liberty of every artist. Vogeler and Overbeck joined him in leaving. The couple had one daughter, Elsbeth (1898-1984). The next year, his wife died after a long illness. In 1901, he remarried. His new wife, Paula Becker, was also a well-known painter. She died in 1907, of an embolism, shortly after giving birth to their daughter Mathilde "Tille" (1907-1998). At that point, Modersohn felt that he could not remain in Worpswede and moved to Fischerhude, a nearby village. His third wife was Louise Breling [de], daughter of the painter Heinrich Breling. She was primarily a singer, but painted as well. They had two sons, Ulrich (1913-1943) and Christian [de], who also became a painter.

In 1911, when the Kunsthalle Bremen purchased Van Gogh's Field with Poppies, Modersohn was the only Worpswede artist to support the museum, concluding that nationalistic sentiments should play no role in the world of art. In the 1920s and early 30s, he and Louise made extensive study trips throughout Germany and, in 1933, he acquired an old farmhouse on the Gailenberg in Bad Hindelang for use as a studio. Three years later, he became blind in his right eye, due to a detached retina. This forced him to remain in his studio rather than paint outdoors. He was awarded the Goethe Medal for Art & Science in 1940. A year before his death, he was persuaded to speak on the subject of visual arts at the Ministry of Public Enlightenment and Propaganda.