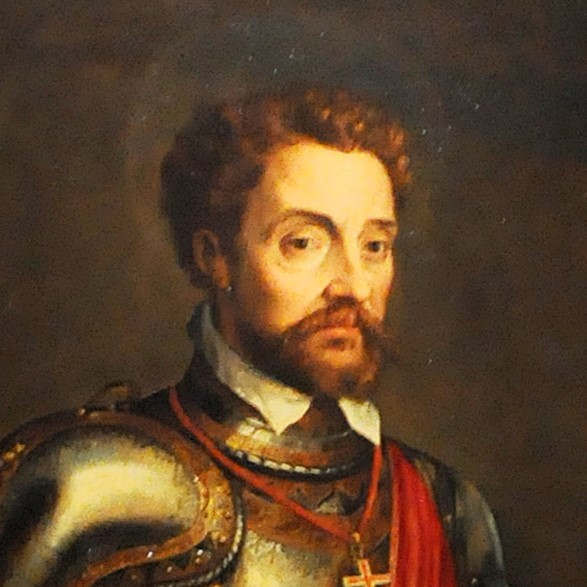 Michiel Coxie the Elder, Michiel Coxcie the Elder or Michiel van Coxcie, Latinised name Coxius, was a Flemish painter of altarpieces and portraits, a draughtsman and a designer of stained-glass windows, tapestries and prints. He worked for patrons in the principal cities of Flanders. He became the court painter to successively Emperor Charles V and King Philip II of Spain.

Highly respected by his contemporaries, Coxie was given the nickname the Flemish Raphael as some of his contemporaries regarded him as being on an equal level as the Italian master. This also reflected his contemporaries' appreciation that his study of classical Antiquity and the art of Renaissance masters like Raphael, Michelangelo and Leonardo da Vinci during his 10-year residence in Italy had left an important mark on his style. His innovative style and bold compositions were in the centuries after his death an inspiration to Flemish artists including Peter Paul Rubens. He was thus an important artistic link between the artists of early Netherlandish painting and the Flemish Baroque. Coxie was also a copyist and produced a well-known copy of the Ghent Altarpiece by the van Eyck brothers as well as a Descent from the Cross by Rogier van der Weyden.

The Martyrdom of Saint George