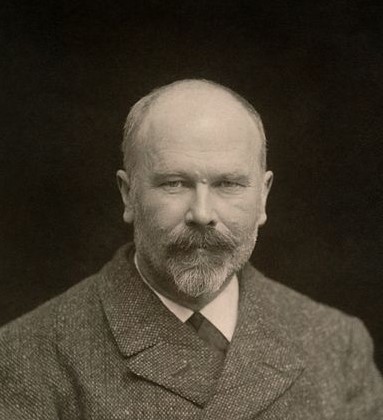 Michael Peter Ancher was a Danish realist artist, and widely known for his paintings of fishermen, the lakes, and other scenes from the Danish fishing community in Skagen.

Michael Peter Ancher was born at Rutsker on the island of Bornholm. The son of a local merchant, he attended school in Rønne but was unable to complete his secondary education as his father ran into financial difficulties, forcing him to fend for himself. In 1865, he found work as an apprentice clerk at Kalø Manor near Rønde in eastern Jutland. The following year, he met the painters Theodor Philipsen and Vilhelm Groth who had arrived in the area to paint. Impressed with his own early work, they encouraged him to take up painting as a profession. In 1871, he spent a short period at C.V Nielsen's art school as a preliminary to joining the Royal Danish Academy of Art in Copenhagen later in the year. Although he spent some time at the academy, he left in 1875 without graduating.

One of his student companions was Karl Madsen who invited him to travel to Skagen, a small fishing village in the far north of Jutland where the Baltic and North Sea converge. From the mid-1870s, he and Madsen became key members of a group of artists who congregated there each summer, known as the Skagen Painters.

After Ancher first visited Skagen in 1874, he settled there joining the growing society of artists. The colony of painters regularly met in the Brøndums Hotel in Skagen in order to exchange ideas. In 1880 Ancher married fellow painter and Skagen native Anna Brøndum, whose father owned the Brøndums Hotel. In the first years of their marriage, the couple had a home and studio in the "Garden House", which is now in the garden of the Skagens Museum. After the birth of their daughter Helga in 1883, the family moved to Markvej in Skagen.

He achieved his artistic breakthrough in 1879 with the painting Vil han klare pynten (Will He Round the Point?). Michael Ancher's works depict Skagen's heroic fishermen and their dramatic experiences at sea, combining realism and with classical composition. Key works include The Lifeboat is Carried Through The Dunes (1883), The Crew Are Saved (1894) and The Drowned Man (1896).

Michael Ancher was influenced by his traditional training at the Royal Danish Academy of Fine Arts in the 1870s which imposed strict rules for composition. His marriage to Anna Ancher did, however, introduce him to the naturalistic concept of undecorated reproduction of reality and its colours. By combining the pictorial composition of his youth with the teachings of naturalism, Michael Ancher created what has been called modern monumental figurative art, such as A Baptism.

Anna Ancher returning from the field (1902)

Figures in a landscape. Blind Kristian and Tine among the dunes (1880)

Solnedgang over Brovandene syd for Skagen