McLoughlin Bros., Inc. was a New York publishing firm active between 1858 and 1920. The company was a pioneer in color printing technologies in children's books. The company specialized in retellings or bowdlerizations of classic stories for children. The artistic and commercial roots of the McLoughlin firm were first developed by John McLoughlin, Jr. (1827–1905) who made his younger brother Edmund McLoughlin (1833 or 4-1889) a partner in 1855. By 1886, the firm published a wide range of items, including cheap chapbooks, large folio picture books, linen books, puzzles, games, paper soldiers and paper dolls. Many of the earliest and most valuable board games in America were produced by McLoughlin Brothers of New York. In 1920 the corporation was sold to Milton Bradley & Company. McLoughlin ceased game production at this time, but continued publishing their picture books. MB itself was purchased by Hasbro in 1984 and merged with Parker Brothers in 1998 to form Hasbro Games. The two became brands of Hasbro until 2009 when they were retired in favor of the Hasbro name.

In 1951 the firm, now a division of Milton Bradley, was sold to Julius Kushner. At that time, their collection of original artwork for publication was split between members of the board. A portion of that collection was later donated to the American Antiquarian Society. In 1954, McLoughlin Brothers books were sold to Grosset & Dunlap. 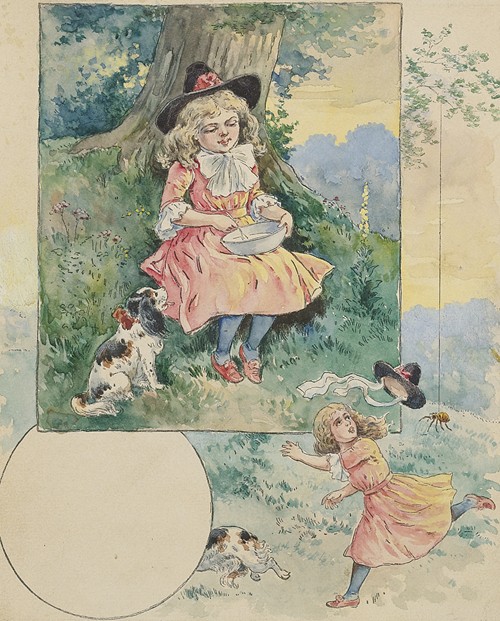 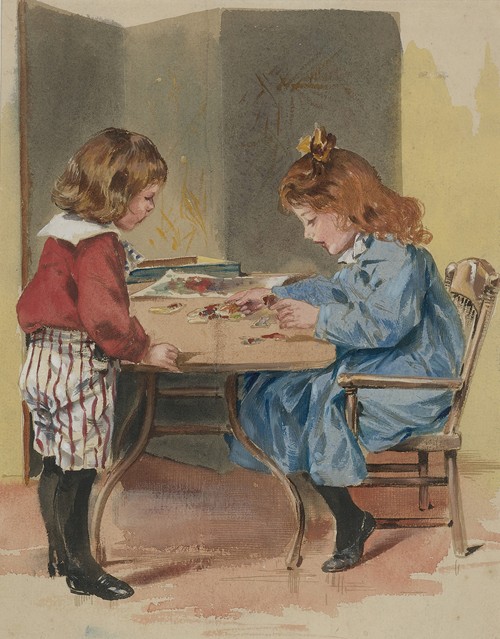 Two children playing with a puzzle 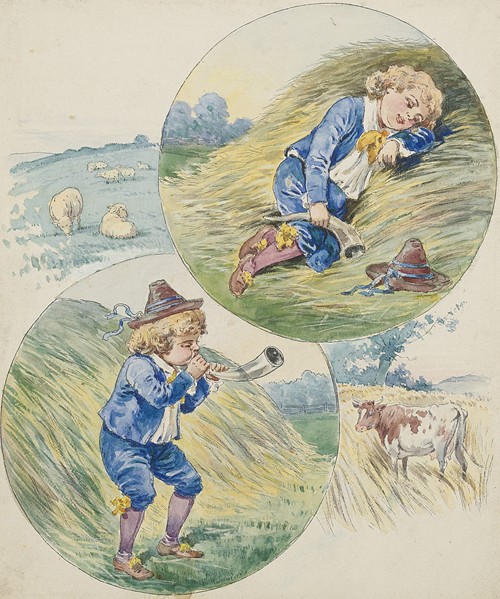 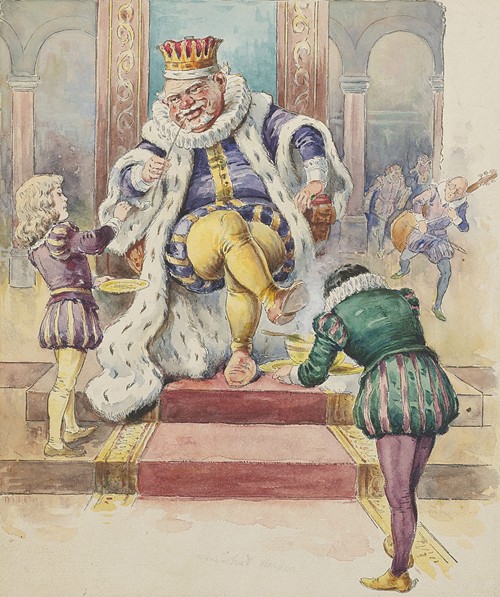 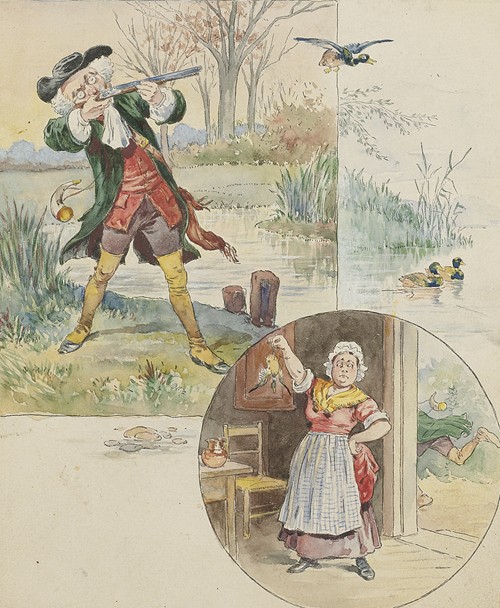 There was a little man, And he had a little gun