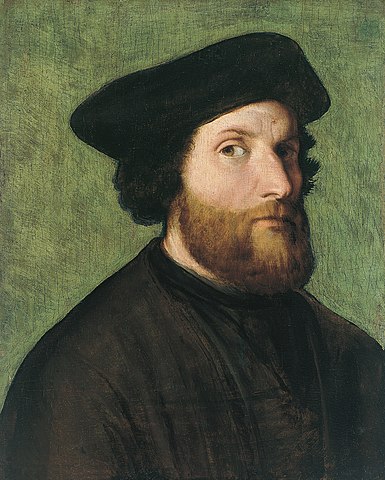 Lorenzo Lotto was an Italian painter, draughtsman and illustrator, traditionally placed in the Venetian school, though much of his career was spent in other North Italian cities. He painted mainly altarpieces, religious subjects and portraits. He was active during the High Renaissance and the first half of the Mannerist period, but his work maintained a generally similar High Renaissance style throughout his career, although his nervous and eccentric posings and distortions represented a transitional stage to the Florentine and Roman Mannerists.

Madonna and Child with the Saints John the Baptist, Francis of Assisi, Joseph and Catherine of Alexandria (1508)

Christ And The Adulteress

Saint Martin Dividing His Cloak with a Beggar (1530)