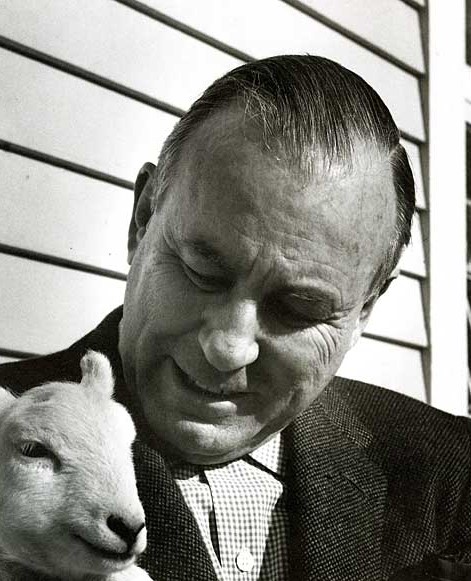 Lester Thomas Beall was born in Kansas City, Missouri. His family soon moved to St. Louis, Missouri, and later to Chicago, Illinois. Beall studied at the University of Chicago, in particular history of art, and was active on the varsity track team coached by Amos Alonzo Stagg. Beall also took classes at the Art Institute of Chicago. After a short period of experimentation and professional work in Chicago, Beall moved to New York in 1935. The following year he established his home/office in Wilton, Connecticut.

According to his online AIGA biography by R. Roger Remington: "Through the 1930s and 1940s Beall produced innovative and highly regarded work for clients including the Chicago Tribune, Sterling Engraving, The Art Directors Club of New York, Hiram Walker, Abbott Laboratories and Time magazine. Of particular interest was his work for the Crowell Publishing Company which produced Colliers magazine. The promotional covers "Will There Be War?" and "Hitler's Nightmare" are powerful designs which distill messages of the time. In these works he utilizes angled elements, iconic arrows, silhouetted photographs and dynamic shapes, all of which captures the essence of his personal style of the late 1930s. Also of interest in this period are the remarkable poster series for the United States government's Rural Electrification Administration."

His clear and concise use of typography was highly praised both in the United States and abroad. Throughout his career he used bold primary colors and illustrative arrows and lines in a graphic style that became easily recognizable as his own. He eventually moved to rural New York and set up an office, and home, at a premises that he and his family called "Dumbarton Farm". He remained at the farm until his death in 1969.

A turn of the hand Rural Electrification Administration, U.S. Department of Agriculture (1930)

When I think back Rural Electrification Administration, U.S. Department of Agriculture (1930)