Katsukawa Shunshō was a Japanese painter and printmaker in the ukiyo-e style, and the leading artist of the Katsukawa school. Shunshō studied under Miyagawa Shunsui, son and student of Miyagawa Chōshun, both equally famous and talented ukiyo-e artists. Shunshō is most well known for introducing a new form of yakusha-e, prints depicting Kabuki actors. However, his bijin-ga (images of beautiful women) paintings, while less famous, are said by some scholars[who?] to be "the best in the second half of the [18th] century".

Shunshō first came to Edo to study haiku and painting. He became a noted printmaker of actors with his first works dating from 1760. Though originally a member of the Torii school, he soon broke away and began his own style, which would later be dubbed the Katsukawa school. Among his students were the famous ukiyo-e artists Shunchō, Shun'ei, and Hokusai.

Most of Shunshō's actor prints are in the hoso-e (33 × 15 centimetres (13.0 × 5.9 in)) format common at the time, but he created a great number of works in triptych or pentaptych sets. The depiction of large portrait-style heads and the insides of actors' dressing rooms is what truly set his work apart from that of earlier artists, however. He was also one of the first to pioneer realistic depictions of actors; in Shunshō's prints, unlike in the works of the Torii school, it was possible for the first time to distinguish not only the theatrical role, but also the actor portraying that role. Shunshō also made use often of the long and narrow hashira-e format.

Though he painted many revered paintings of bijin, he produced very few prints depicting the same. Seirō Bijin Awase Sugata Kagami (青楼美人合姿鏡), "A Mirror Reflecting the Forms of Fair Women of the Green-Houses"), a printed book on which he collaborated with Kitao Shigemasa, is one of the only printed works containing bijin-ga by Shunshō. His paintings not only depicted elegantly painted women and fashions, but great attention is also paid to the landscape elements and architecture of the backgrounds. Though his prints belie a strong fascination with the theatre world, his paintings suggest the complete opposite.

An Actor of the Ichikawa Family with Sword (18th century)

One of the Segawas Holding a Letter (18th century)

One of the Segawas in a Bamboo Robe Tied with Black, Brocaded in Rose Colored Fan Forms (18th century) 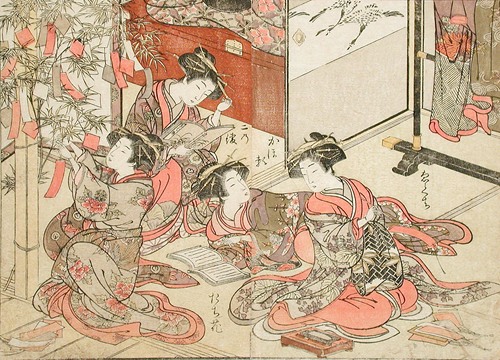 The Actor Ichikawa Danjuro with Hawk and Sword (18th century)

The Actor Segawa Kikunojō III in a Female Role (circa 1778) 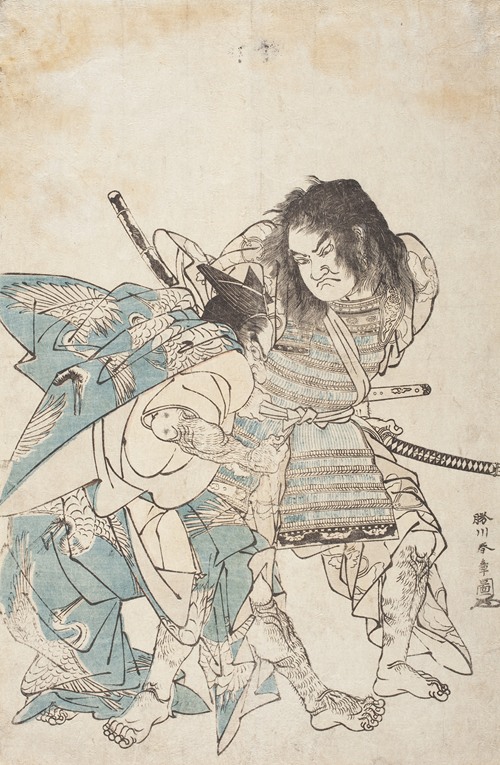 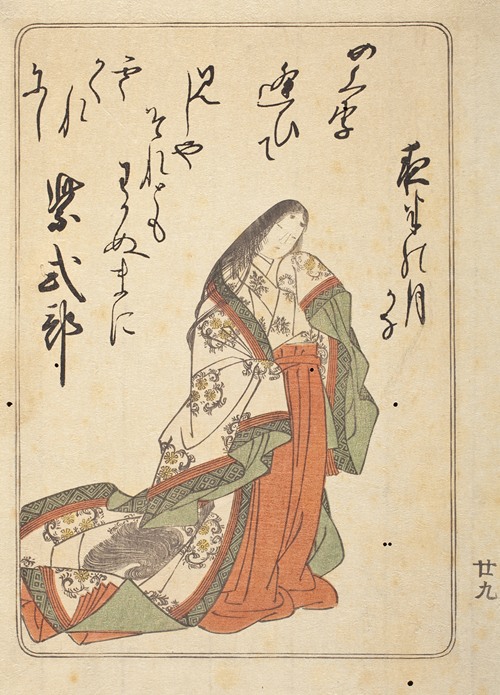 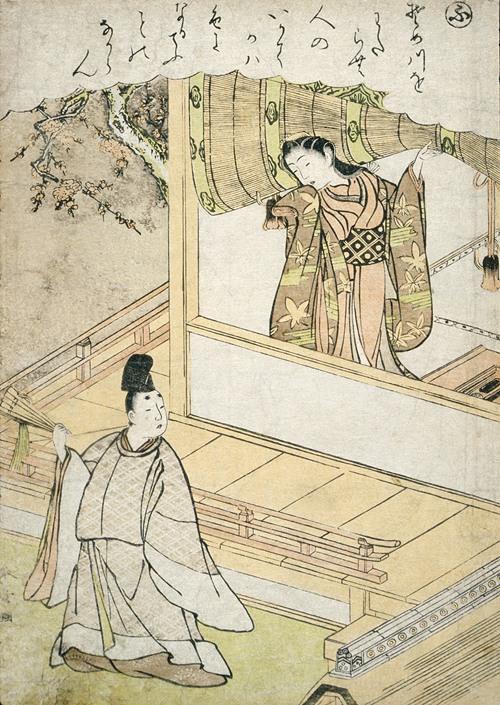 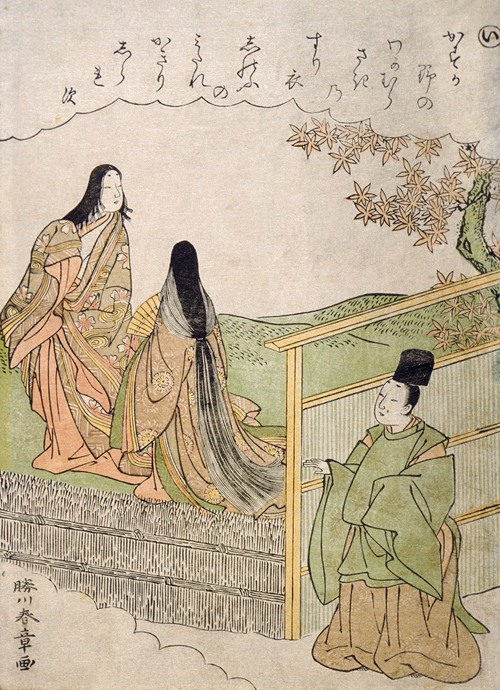 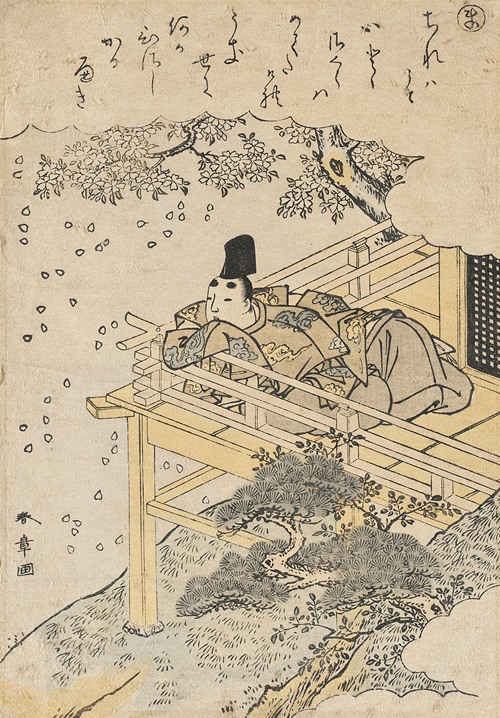 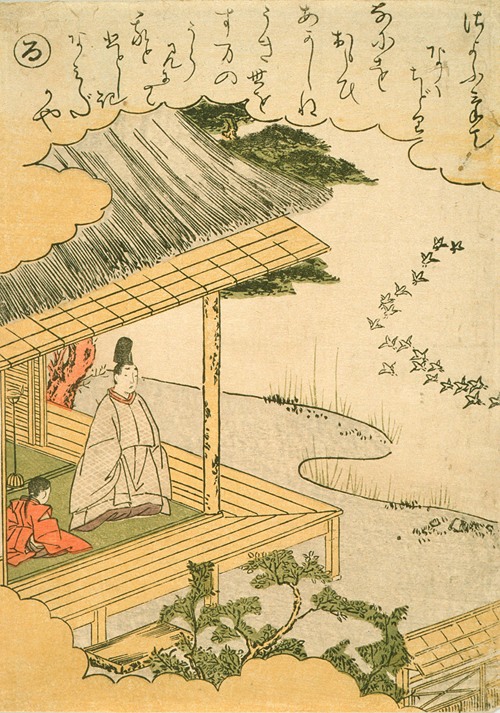 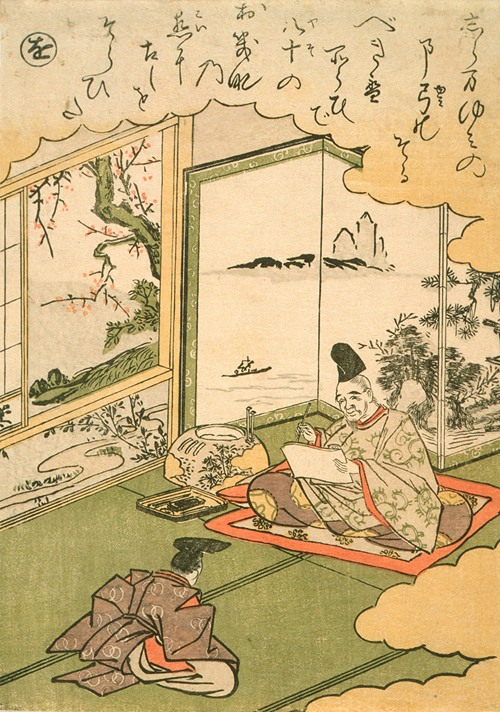 Segawa Kikunojo II as the Referee of a Wrestling Match (c. late 1770s)

Nakamura Nakazo I as a Townsman Holding an Anchor (c. 1780)