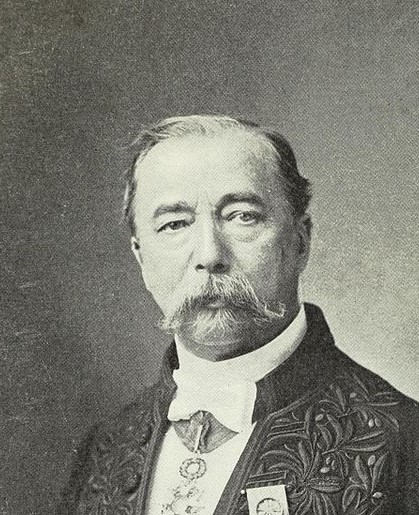 Lefebvre was born in Tournan-en-Brie, Seine-et-Marne, on 14 March 1836. He entered the École nationale supérieure des Beaux-Arts in 1852 and was a pupil of Léon Cogniet.

He was professor at the Académie Julian in Paris. Lefebvre is chiefly important as an excellent and sympathetic teacher who numbered many Americans among his 1500 or more pupils. Among his famous students were Fernand Khnopff, Kenyon Cox, Félix Vallotton, Ernst Friedrich von Liphart, Georges Rochegrosse, the Scottish-born landscape painter William Hart, Walter Lofthouse Dean, and Edmund C. Tarbell, who became an American Impressionist painter. Another pupil was the miniaturist Alice Beckington. Jules Benoit-Lévy entered his workshop at the École nationale supérieure des Beaux-Arts.

Many of his paintings are single figures of beautiful women. Among his best portraits were those of M. L. Reynaud and the Prince Imperial (1874).

Portrait Of An Ottoman

An Allegory Of Victory