Johann Ludwig Ernst Morgenstern was a German painting-restorer, etcher and painter.
Morgenstern was a student of his father, Johann Christoph Morgenstern (1697-1767), who was a valet and portrait-painter in the service of the princes of the House of Schwarzburg-Rudolstadt. His brother, Friedrich Wilhelm Christoph Morgenstern, was born in 1739 and later followed his father in his position. The siblings are the second in a total of five generations in this artist family, with Johann Ludwig Ernst being the first to leave their Thuringian homeland.

Already in his youth he drew horses and battle scenes after copperplate engravings of Georg Philipp Rugendas with such talent that his father was able to give only little support. From 1766 he attended the Academy of the Picture Gallery in Salzdahlum, where he worked under Ludwig Wilhelm Busch (1703-1772). This path led him to Hamburg in 1768, where he restored paintings, and to Frankfurt am Main in 1769, where he found himself admitted into the workshop of Christian Georg Schütz the Elder. After three years in Darmstadt, he returned again to Frankfurt in 1772.

His original plan of going to Utrecht was dashed when he gained entry into the studio of Johann Andreas Benjamin Nothnagel (1729-1804), where for several years he was active in the fields of landscape, horse, and genre painting. Through his previous teacher Schütz, in this time he became acquainted with the Swiss architecture painter Johann Vögelin. He grew so enthusiastic in this genre that, from this time on, Morgenstern almost exclusively occupied himself in this niche of painting, primarily paintings of churches.

Through his marriage to Anna Maria Alleinz, Morgenstern obtained civil rights in Frankfurt on 17 September 1776; by transferring a masterpiece which represented the interior of a church, he simultaneously acquired master rights. His marriage produced a son, Johann Friedrich Morgenstern, born on 8 October 1777, who later also became a well-known painter.

Morgenstern remained active in his field until his old age; contemporary reports mention most of all, for a miniaturist, the extraordinary fact that he worked to the end without glasses. He died on 13 November 1819 at the age of 81; his grave at Peterskirchhof has not been preserved. The Frankfurt pastor and historian Anton Kirchner wrote his obituary, in which he recognized his constantly cheerful and contented disposition. 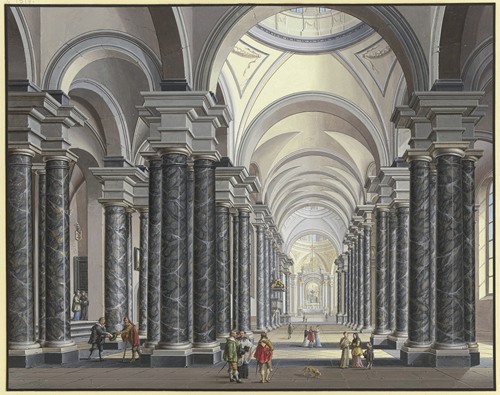 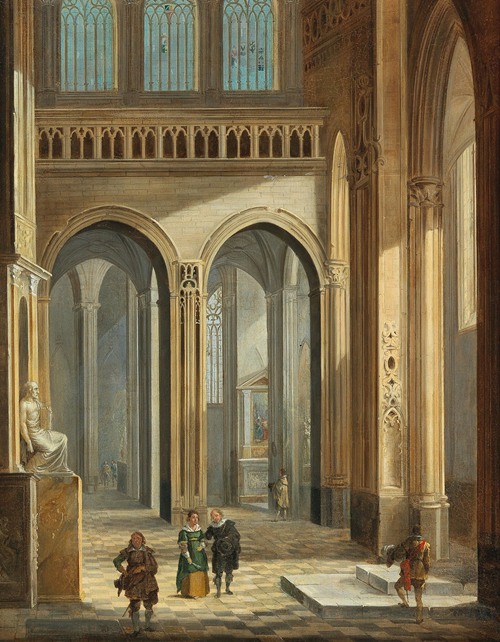 A church interior with figures dressed in seventeenth-century costume 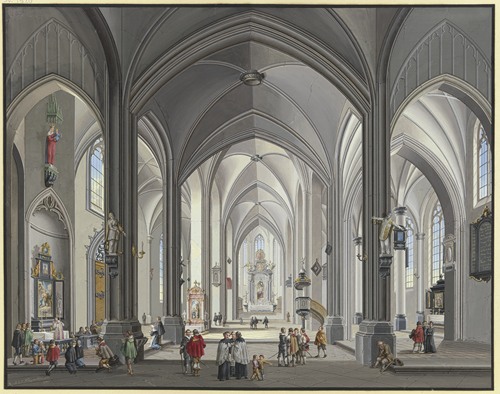 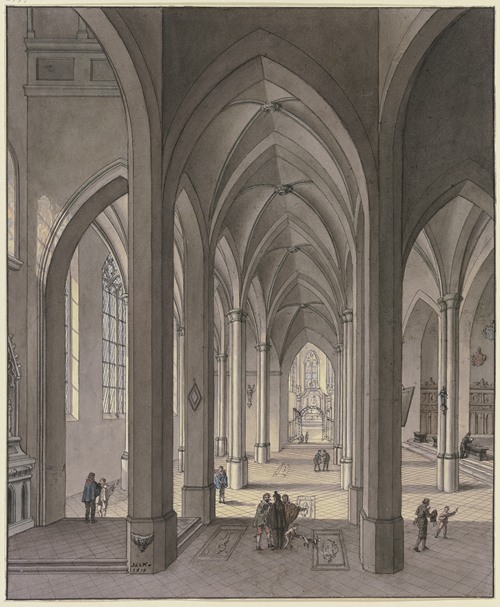 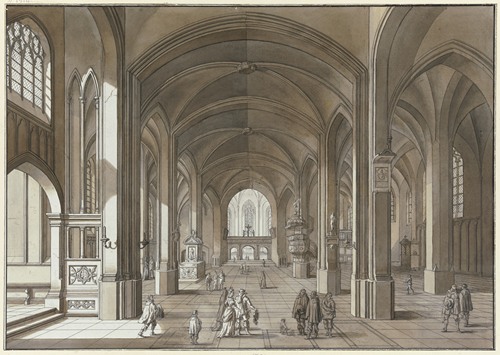 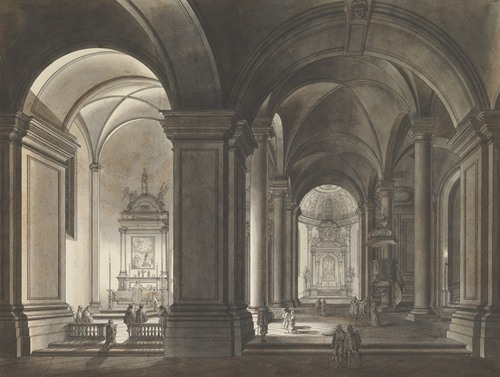