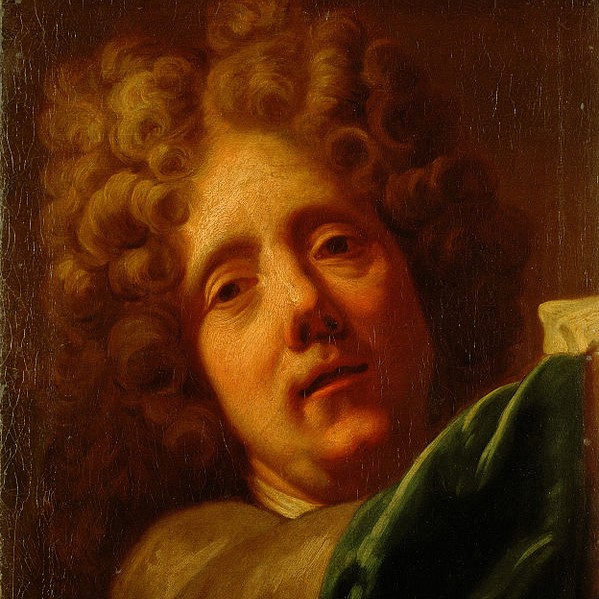 Jean-Baptiste Jouvenet was a French painter, especially of religious subjects.

He was born into an artistic family in Rouen. His first training in art was from his father, Laurent Jouvenet; a generation earlier, his grandfather, Noel Jouvenet, may have taught Nicolas Poussin.

Jouvenet early showed a remarkable aptitude for his profession, and on arriving in Paris, attracted the attention of Le Brun, by whom he was employed at Versailles, notably in the Salon de Mars (1671–74), and under whose auspices, in 1675, he became a member of the Académie royale, of which he was elected professor in 1681, and one of the four perpetual rectors in 1707. He also worked under Charles de La Fosse in the Invalides and Trianon.

The great mass of works that he executed, chiefly in Paris, many of which, including his celebrated Miraculous Draught of Fishes (engraved by Jean Audran) are now in the Louvre, show his fertility in invention and execution, and also that he possessed in a high degree that general dignity of arrangement and style which distinguished the school of Le Brun. Anthony Blunt found in Jouvenet's manner reminiscences of Poussin, Le Sueur, and the late work of Raphael, but with a characteristic Baroque emotionalism that "is still far from the full Baroque ... His compositions are primarily planned as high reliefs, and the movements are in sharp diagonal straight lines rather than in curves." The naturalism of Jouvenet's style sets his work apart from most of the religious paintings of his time.

Jouvenet died on 5 April 1717, having been forced by paralysis during the last four years of his life to work with his left hand.

Man Reaching Down and Two Studies of Heads (recto) (before 1698)

Study for Miraculous Draught of Fishes

The Assumption of the Virgin