Honoré-Victorin Daumier was a French printmaker, caricaturist, painter, and sculptor, whose many works offer commentary on social and political life in France in the 19th century.

Daumier produced more than 500 paintings, 4000 lithographs, 1000 wood engravings, 1000 drawings and 100 sculptures. A prolific draughtsman, he was perhaps best known for his caricatures of political figures and satires on the behavior of his countrymen, although posthumously the value of his painting has also been recognized.

LifeDaumier was born in Marseille to Jean-Baptiste Louis Daumier and Cécile Catherine Philippe. In 1822, he became protégé to Alexandre Lenoir, a friend of Daumier's father who was an artist and archaeologist. The following year Daumier entered the Académie Suisse. He also worked for a lithographer and publisher named Belliard, and made his first attempts at lithography.

Having mastered the techniques of lithography, Daumier began his artistic career by producing plates for music publishers, and illustrations for advertisements. This was followed by anonymous work for publishers, in which he emulated the style of Charlet and displayed considerable enthusiasm for the Napoleonic legend. After the revolution of 1830 he created art which expressed his political beliefs. 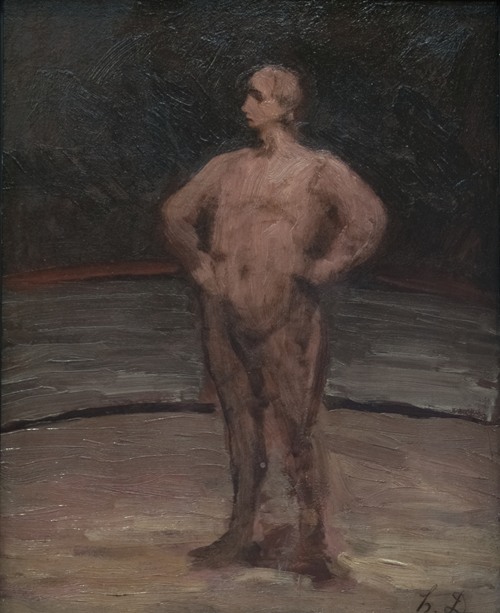 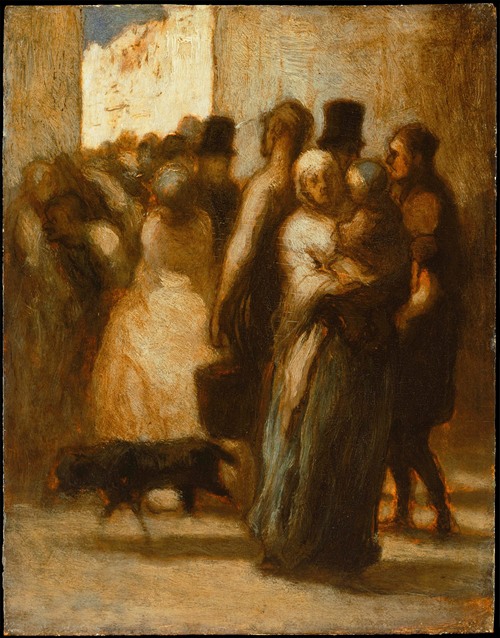 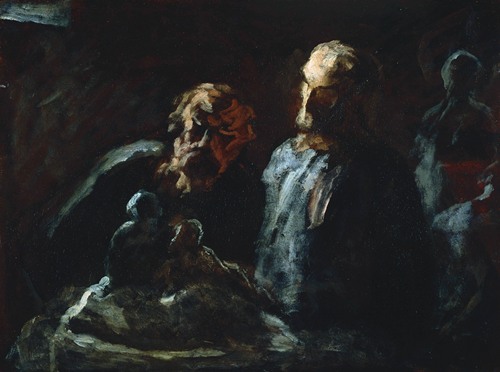 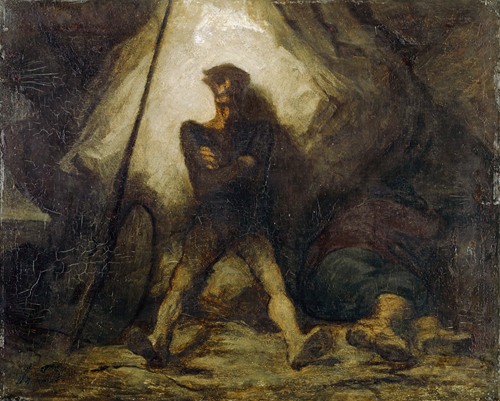 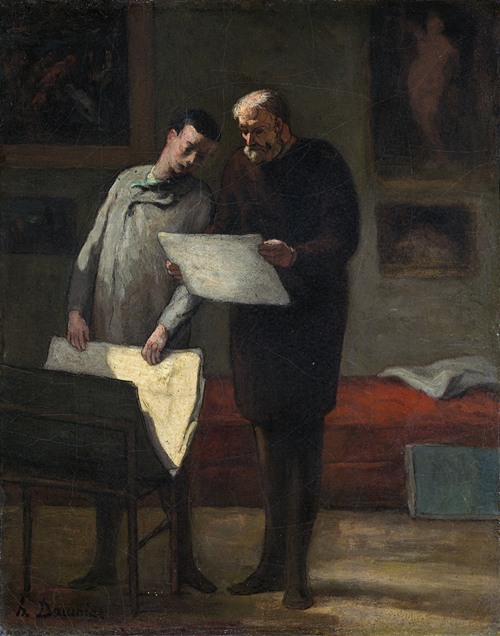 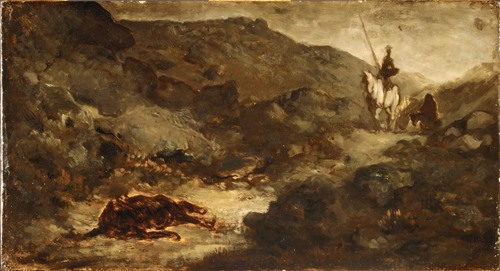 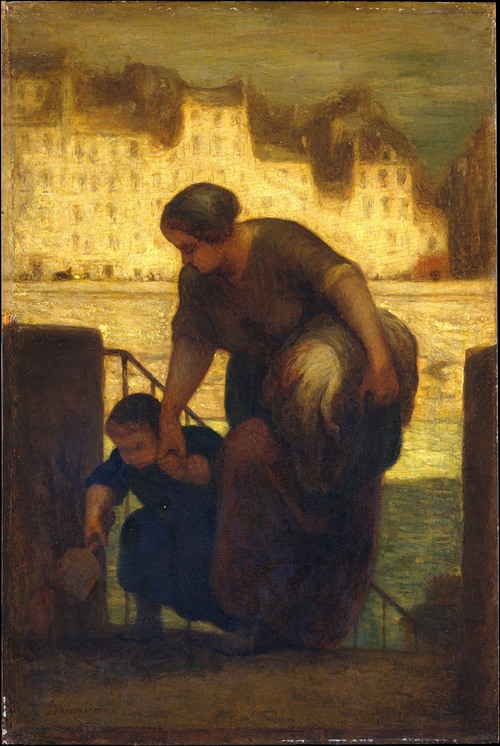 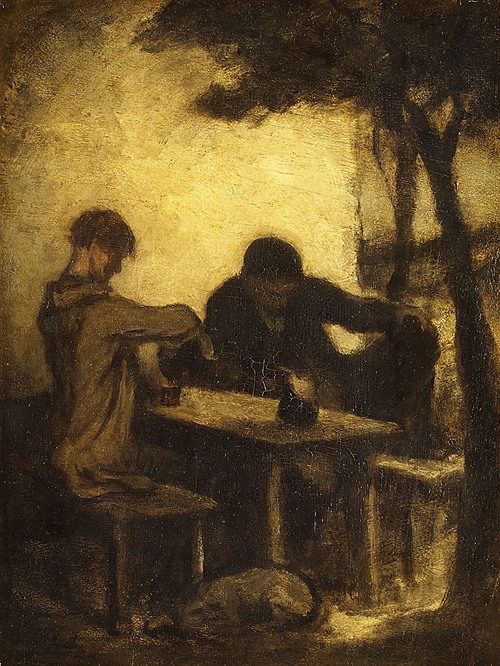 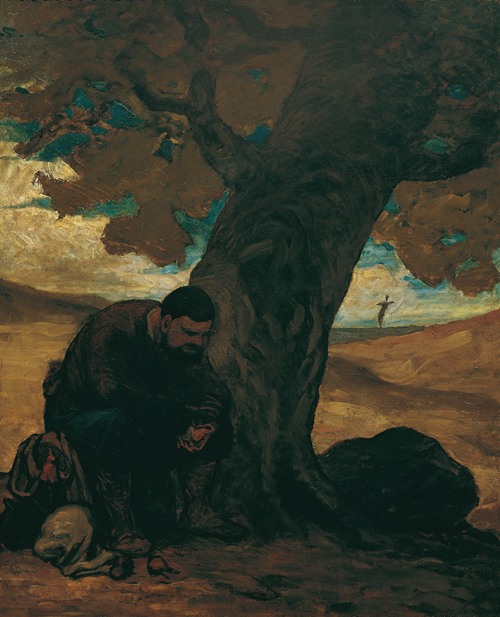 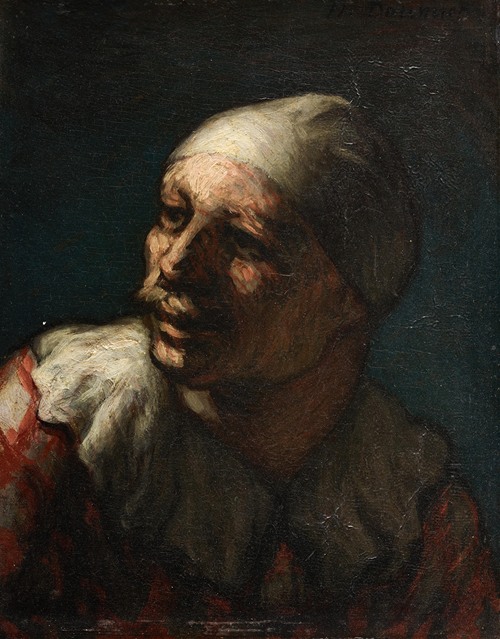 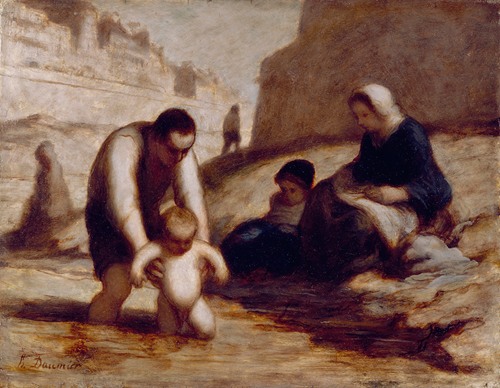 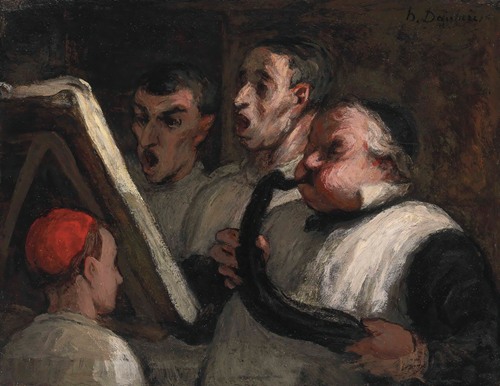 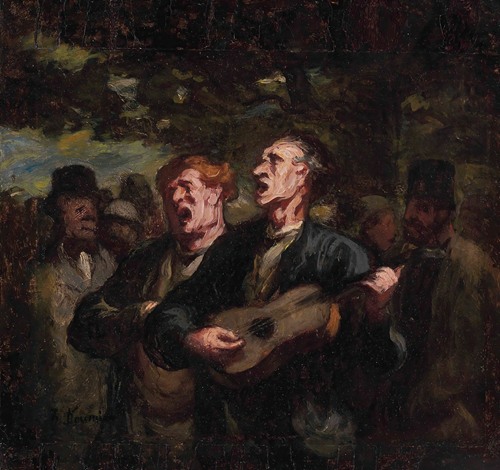 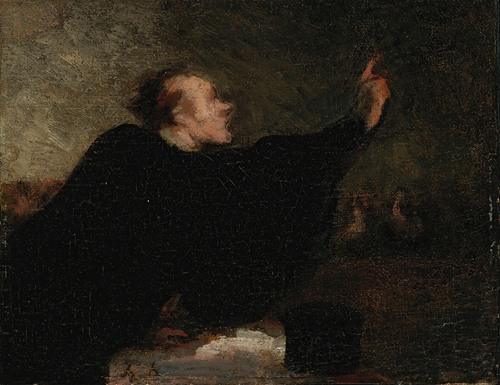 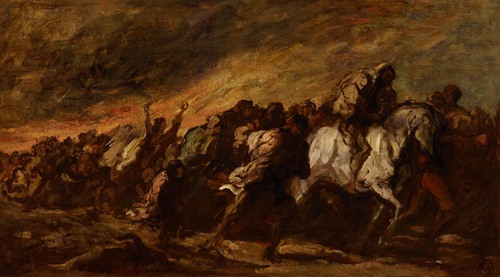 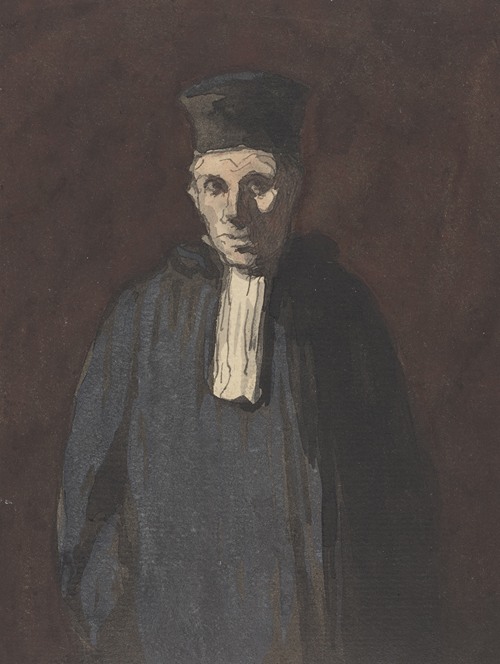 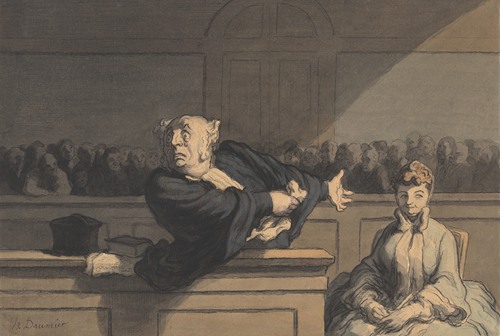 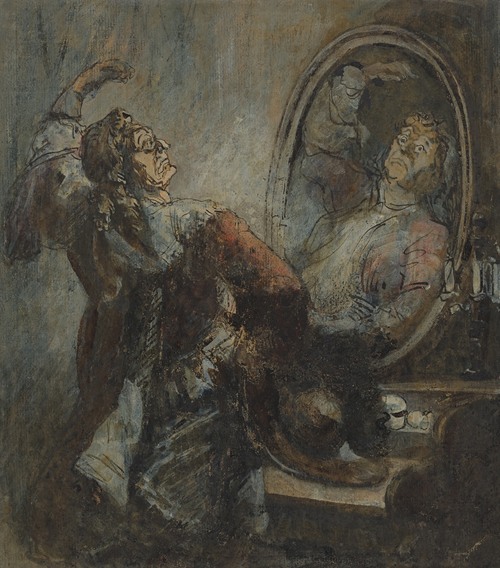 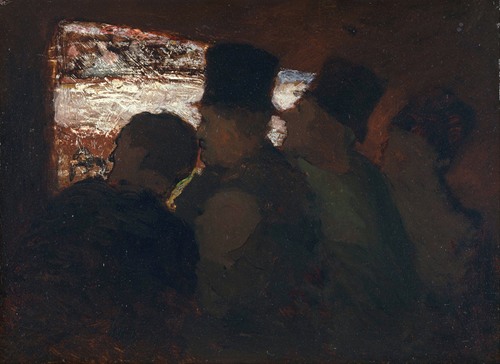 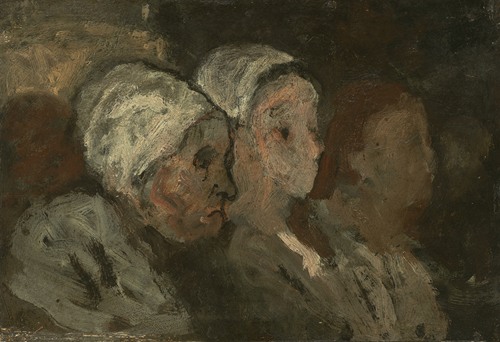 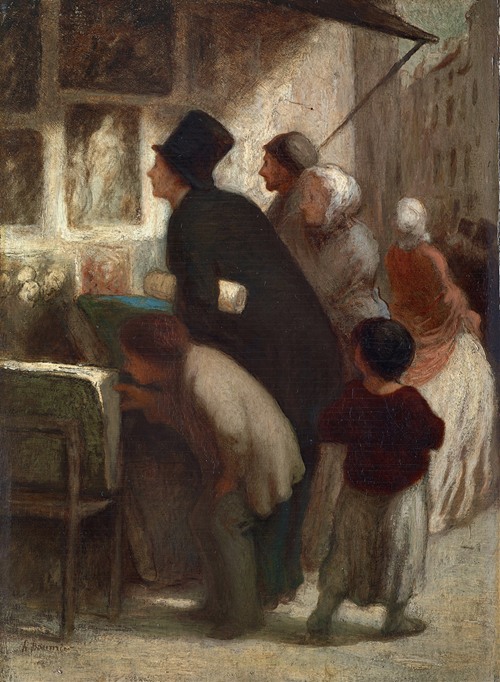 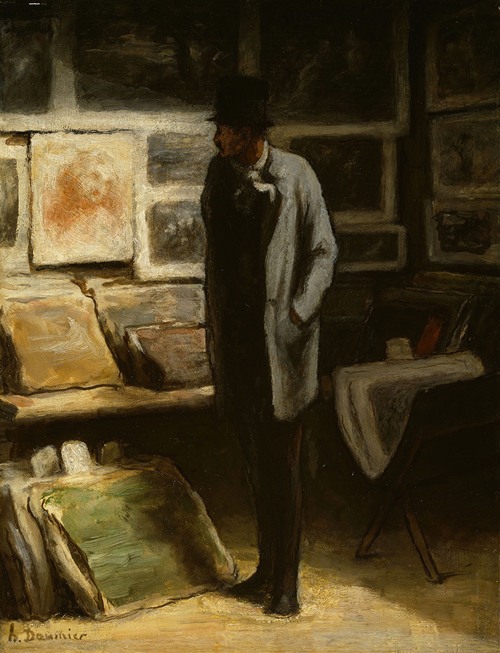 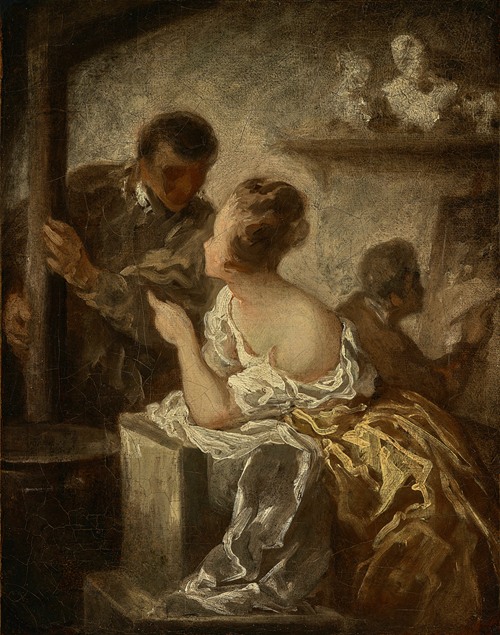 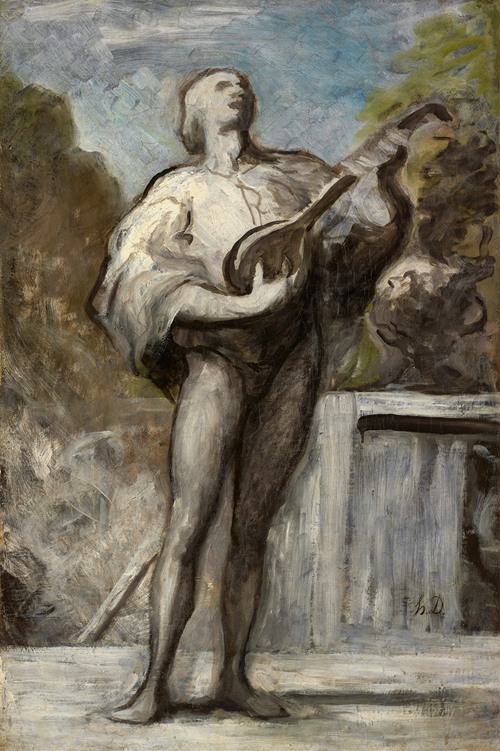 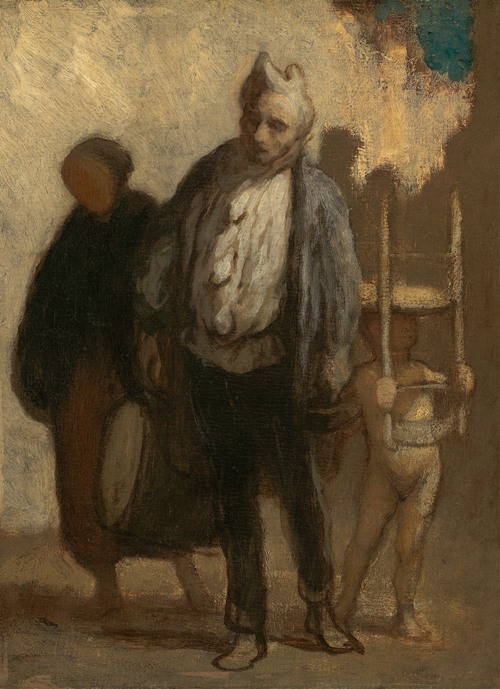 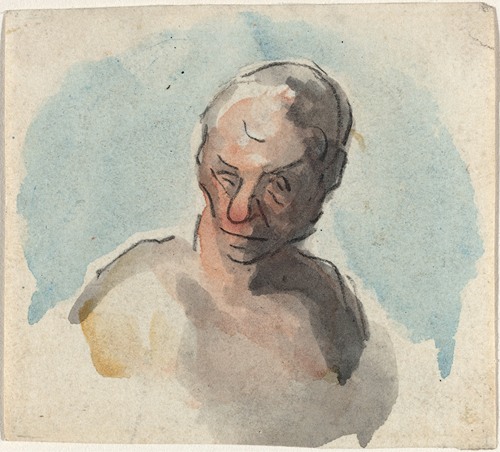 Head of a Man 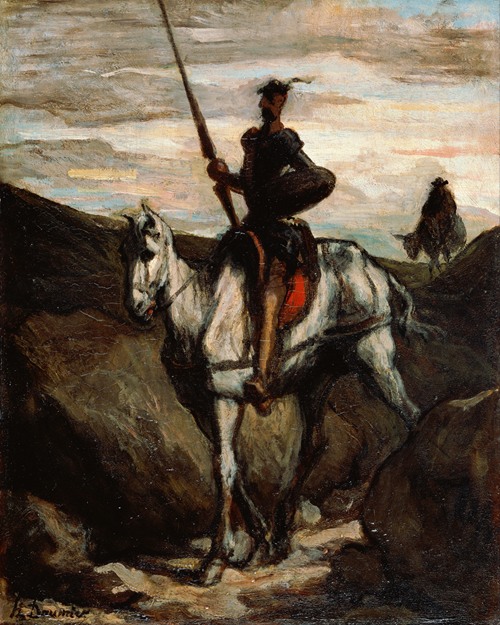 Don Quixote in the Mountains 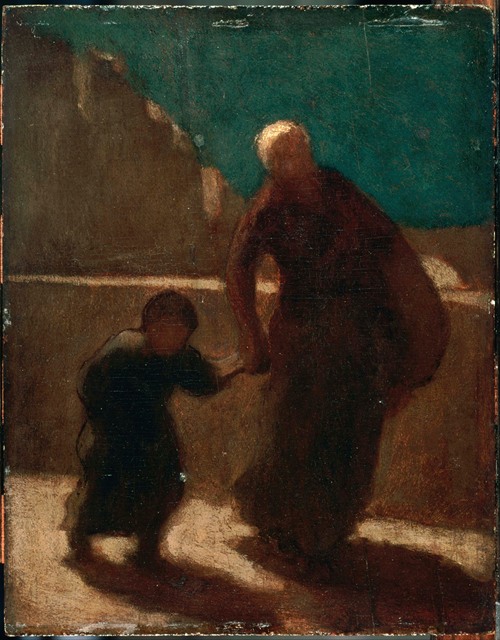 On a Bridge at Night 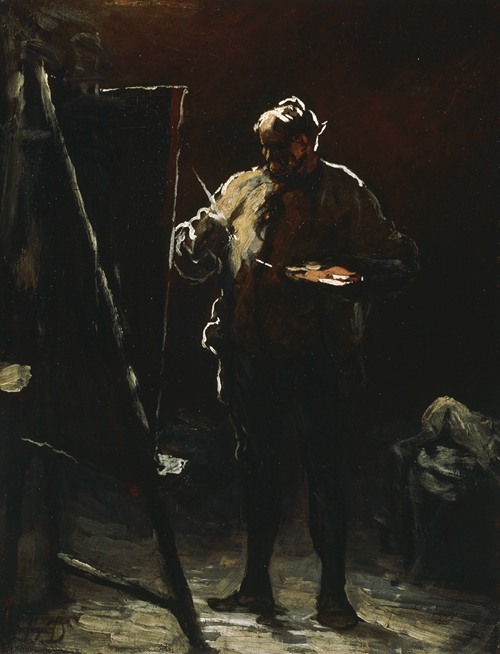 The Painter at His Easel 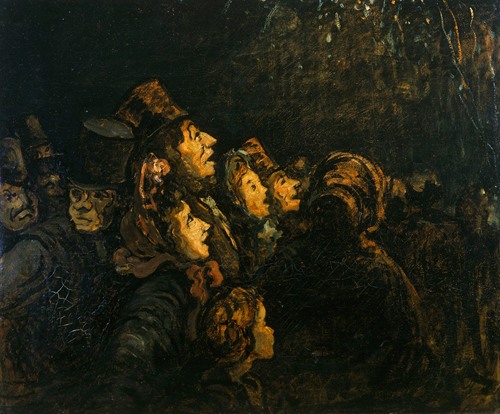