Henrietta Emma Ratcliffe Rae was a prominent English painter of the late Victorian era, who specialised in classical, allegorical and literary subjects. Her best-known painting is The Lady with the Lamp (1891); depicting Florence Nightingale at Scutari.

Henrietta Rae was born on 30 December 1859 in Hammersmith, London, to Thomas Burbey Rae, a civil servant, and Ann Eliza Rae (née Graves), a musician who had been a student of Felix Mendelssohn. She had three brothers and three sisters.

Rae began formally studying art at the age of thirteen, being educated at the Queen Square School of Art, Heatherley's School of Art (as the school's first female pupil) and at the British Museum. Rae reportedly applied to the Royal Academy of Arts at least five times before eventually gaining a seven-year scholarship. Her teachers there included Sir Lawrence Alma-Tadema, who had the strongest influence on her later work, as well as Frank Bernard Dicksee and William Powell Frith.

In 1884 she married painter and fellow Royal Academy student Ernest Normand, but kept her maiden name – a choice considered unusual at the time – because she had already begun to establish her reputation as an artist, having been a frequent exhibitor at the annual Royal Academy exhibitions since 1881. Rae and Normand lived in Holland Park, the residence of many other artists of the day. Frequent visitors included Leighton, Millais, Prinsep, and Watts. However, the attention was not always welcomed. In her memoirs, Rae described the overbearing attitudes and conduct of some of the more senior artists. In one such case, Prinsep dipped his thumb in cobalt blue paint and marked up one of Rae's pictures. In retaliation, Rae "accidentally" burnt his hat on her stove.

Rae and Normand travelled to Paris in 1890 to study at the Académie Julian with Jules Joseph Lefebvre and Jean-Joseph Benjamin-Constant. In 1893, they moved to Upper Norwood, into a studio that was custom-built for them by Normand's father. The couple had two children, a son (born in 1886) and a daughter (born in 1893).

Rae exhibited her work at the Palace of Fine Arts and The Woman's Building at the 1893 World's Columbian Exposition in Chicago, Illinois.

Rae was a supporter of feminism and women's suffrage. In 1897 Rae organised an exhibition of the work of female artists for the Jubilee of Queen Victoria. 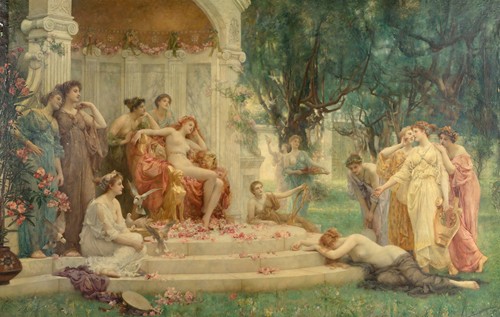 Psyche Before The Throne Of Venus (1894) 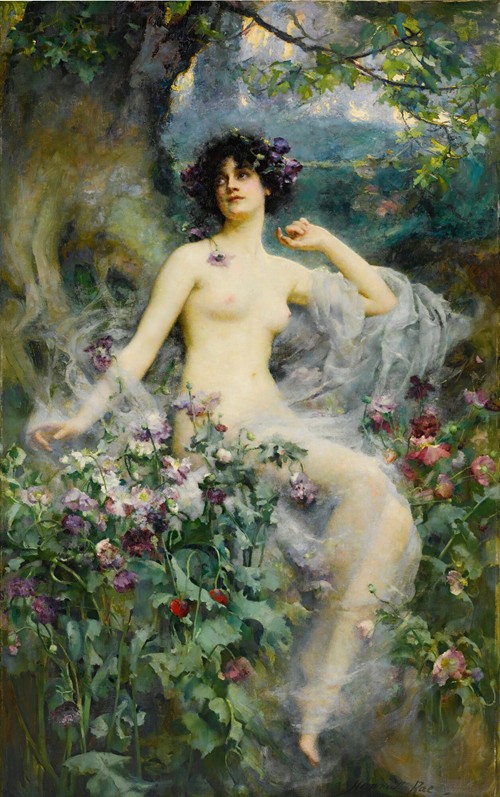 Songs Of The Morning 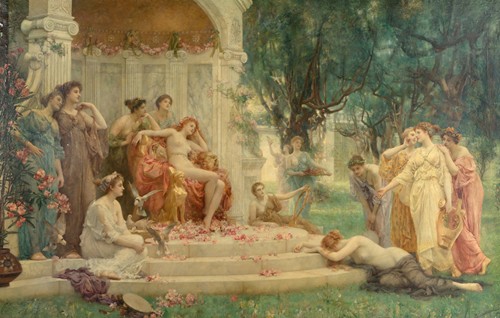 Psyche before the throne of Venus (1894) 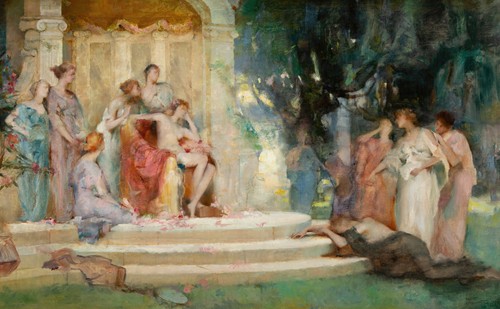 Sketch for ‘Psyche before the throne of Venus’ (circa 1892)