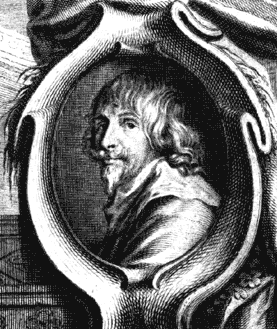 Hendrik van Steenwijck II was a Baroque painter mostly of architectural interiors, but also of biblical scenes and still lifes.

Van Steenwijck was born in Antwerp. His father, the Dutch painter Hendrik van Steenwijck I, one of the originators of the interiors genre, moved the family to Frankfurt am Main in 1585, where he trained his son. At his father's death in 1603, Van Steenwijck the Younger took over the studio in Frankfurt, but from 1604 until 1617 he was primarily active in Antwerp, where he collaborated with early Flemish Baroque painters such as Frans Francken I and Jan Brueghel the Elder. Van Steenwijck is best known for the numerous imaginary interiors that were based on the Cathedral of Our Lady, Antwerp. These had an immediate influence on paintings by Pieter Neeffs I. After settling in London by 1617, he painted backgrounds for Anthony van Dyck and Daniel Mytens the Elder. Van Steenwijck moved to The Hague around 1638, where he was a painter at the court. His wife, Susanna van Steenwijk was also an architectural painter. She moved to Leiden around 1642. Van Steenwijck died in Leiden or The Hague.

A Square with Imaginary Buildings (1614)

A prison interior with the Liberation of Saint Peter

The Crypt of a Church with Two Men Sleeping (possibly 1625)