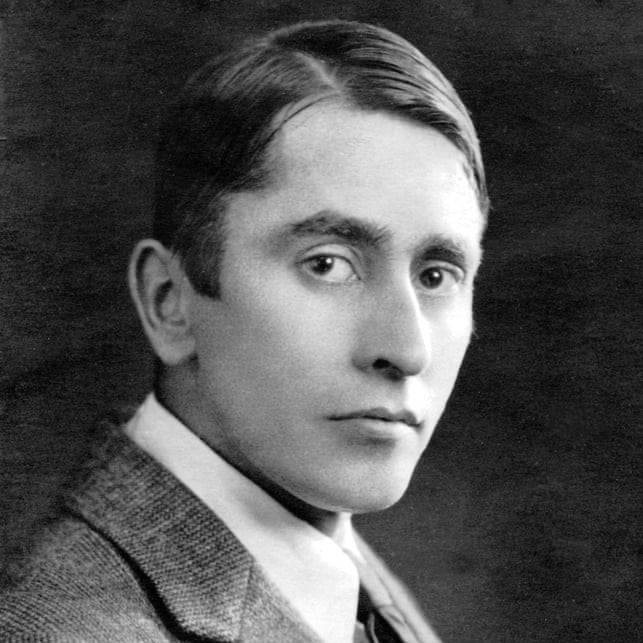 Henry Patrick Clarke was an Irish stained-glass artist and book illustrator. Born in Dublin, he was a leading figure in the Irish Arts and Crafts Movement.

His work was influenced by both the Art Nouveau and Art Deco movements. His stained glass was particularly informed by the French Symbolist movement.

Henry Patrick Clarke was born 17 March 1889, younger son and third child of Joshua Clarke and Brigid (née MacGonigal) Clarke. Joshua Clarke was a church decorator who moved to Dublin from Leeds in 1877 and started a decorating business, Joshua Clarke & Sons, which later incorporated a stained glass division. Through his work with his father, Clarke was exposed to many schools of art but Art Nouveau in particular.

Clarke was educated at the Model School in Marlborough Street, Dublin and Belvedere College, which he left in 1905. He was devastated by the death of his mother in 1903, when he was only 14 years old. Clarke was then apprenticed into his father's studio, and attended evening classes in the Metropolitan College of Art and Design. His The Consecration of St Mel, Bishop of Longford, by St Patrick won the gold medal for stained glass work in the 1910 Board of Education National Competition.

At the art school in Dublin, Clarke met fellow artist and teacher, Margaret Crilley. They married on 31 October 1914 and moved into a flat at 33 North Frederick Street. In subsequent years the Clarkes lived in various locations in Dublin, including a semi-detached house in Cabra in which Margaret Clarke painted her husband at work. The Clarkes had three children, Michael, David, and Ann.

Clarke briefly moved to London to seek work as a book illustrator. Picked up by London publisher Harrap, he started with two commissions which were never completed: Samuel Taylor Coleridge's The Rime of the Ancient Mariner (much of his work on which was destroyed during the 1916 Easter Rising) and an illustrated edition of Alexander Pope's The Rape of the Lock.

This 1923 edition made his reputation as a book illustrator, during the golden age of gift-book illustration in the first quarter of the twentieth century. It was followed by editions of The Years at the Spring, with 12 colour plates and more than 14 monotone images; (Lettice D'O. Walters, ed., 1920), Charles Perrault's Fairy Tales of Perrault, and Goethe's Faust, with eight colour plates and more than 70 halftone and duotone images (New York: Hartsdale House, 1925). The last of these is his most famous work, prefiguring the imagery of 1960s psychedelia. Two of his most sought-after titles are promotional booklets for Jameson Irish Whiskey: A History of a Great House (1924, and subsequent reprints) and Elixir of Life (1925), which was written by Geofrey Warren. His final book, Selected Poems of Algernon Charles Swinburne, was published in 1928.

Clarke produced more than 130 windows, he and his brother Walter having taken over his father's studio after his death in 1921. His glass is distinguished by the finesse of its drawing and his use of rich colours, and an innovative integration of the window leading as part of the overall design, originally inspired by an early visit to see the stained glass of the Cathedral of Chartres. He was especially fond of deep blues. Clarke's use of heavy lines in his black-and-white book illustrations echoes his glass techniques.

Clarke's stained glass work includes many religious windows, but also much secular stained glass. Highlights of the former include the windows of the Honan Chapel in University College Cork; of the latter, a window illustrating John Keats' The Eve of St. Agnes (now in the Hugh Lane Municipal Gallery in Dublin) and the Geneva Window, created for the Centre William Rappard in Geneva, Switzerland (now in the Wolfsonian Museum, Miami, Florida, USA). Perhaps his most seen works were the windows he made for Bewley's Café on Dublin's Grafton Street.

Both Harry and his brother Walter were plagued with ill health, in particular problems with their lungs. Clarke was diagnosed with tuberculosis in 1929, and went to a sanatorium in Davos, Switzerland. Fearing that he would die abroad, he began his journey back to Dublin in 1931, but died on 6 January 1931 in Chur where he was buried. A headstone was erected; but local law required that the family pledge to maintain the grave 15 years after the death. This was not explained to the Clarke family and Harry Clarke's remains were disinterred in 1946 and reburied in a communal grave.

In 2019 a bridge in Cabra, Dublin, was renamed "Harry Clarke Bridge" in his honour.

Jupiter appeared before him wielding his mighty thunderbolts (1922)

Little thumb was as good as his word, and returned that same night with the news (1922)

She left behind one of her glass slippers, which the prince took up most carefully (1922)

The marquis gave his hand to the princess, and followed the klng, who went up first (1922)

He thought the princess was his queen (1922)

The prince enquires of the aged countryman (1922)

This man had the misfortune to have a blue beard (1922)

Truth to tell, this new ornament did not set off her beauty (1922)

I’ll Fly From This Place, With One Bound, To Hell, Or Anywhere, To Leave ’em

The Sleeping Beauty, The Fairy Tales of Charles Perrault (1922)

A long black pudding came winding and wriggling towards her (1922)

Any one but clnderilla would have dressed their heads awry (1922)

Away she drove, scarce able to contain herself for joy (1922)