Harold Harvey was a Newlyn School painter who painted scenes of working class Cornish fishermen, farmers and miners and Cornish landscapes. He was born in Penzance and trained at the Penzance School of Arts under Norman Garstin and the Académie Julian in Paris (1894–1896).

Harold Charles Francis Harvey was born to Mary Bellringer Harvey and Francis McFarland Harvey on 20 May 1874 in Penzance. His father was a bank clerk. During his youth, he was home schooled. From 1894 to 1896, he studied art at the Academie Julian in Paris under Norman Garstin. In 1896, he studied at both the Académie Delécluse and the Academie Colarossi.

Prior to 1911, Harvey lived in Penzance. In 1911, Harvey married fellow artist Gertrude Bodinnar. They first met when Gertrude posed for Harvey. She discovered that she had artistic talent and became an artist in her own right in a wide range of visual and textile arts. The married couple lived in Newlyn at Maen Cottage. Friends of the Harveys included Laura Knight, Harold Knight, Annie Walke, and Father Bernard Walke of St Hilary Church.

Late in his life, he converted to Catholicism. He died in Newlyn on 19 May 1941 and was buried in Penzance at the St Clare Cemetery. Gertrude lived in their cottage until 1960 when she moved into a St Just nursing home. She died six years later.

After completing his schooling in Paris, Harvey returned to Penzance and began working with Norman Garstin. His works included landscapes and life settings of his native Cornwall, religious themes and interiors. He used oil and watercolour paints.

In 1920, Harvey and his best friend Ernest Procter established the Harvey-Procter School in Newlyn, Cornwall. 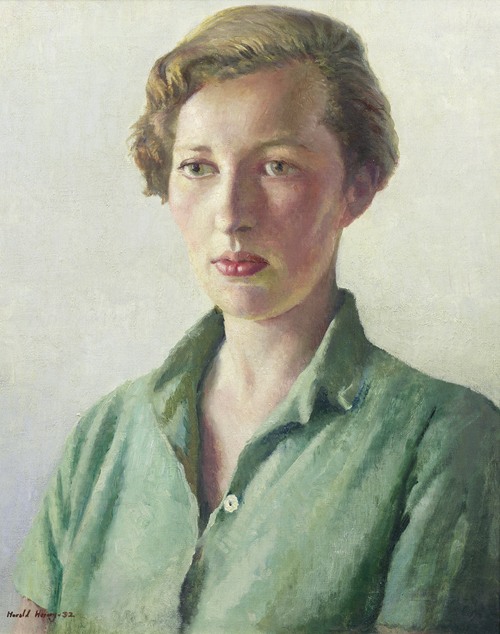 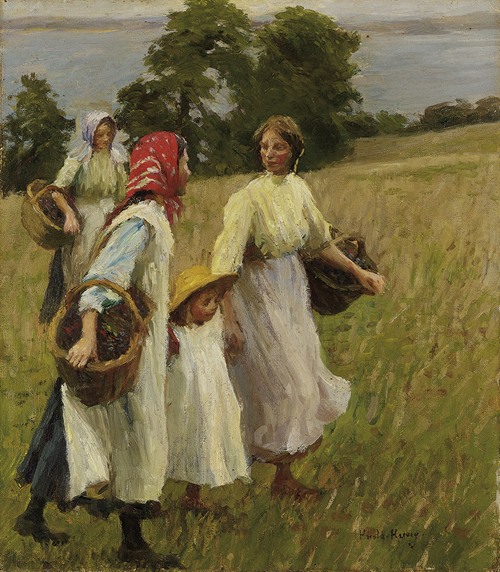 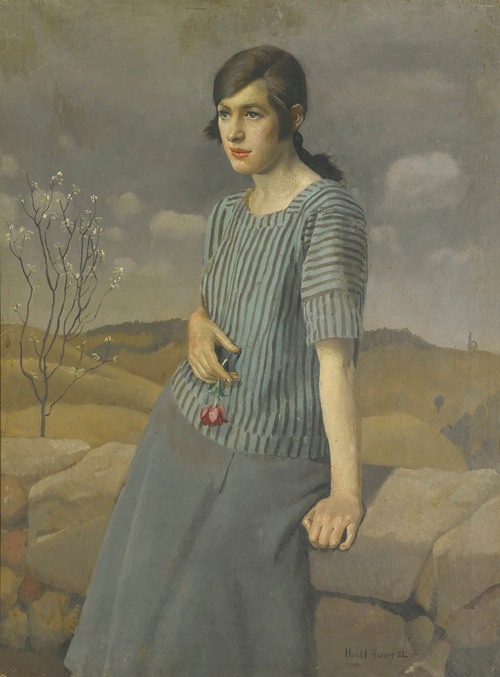 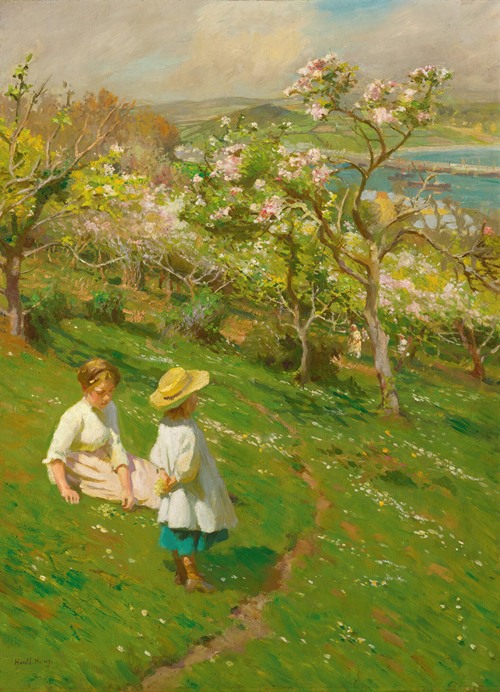 Springtime In The Orchard 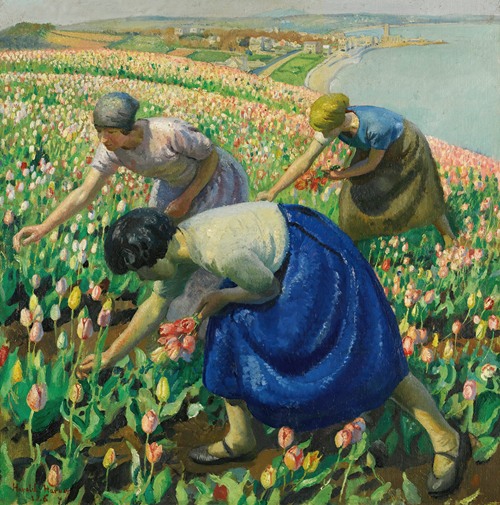 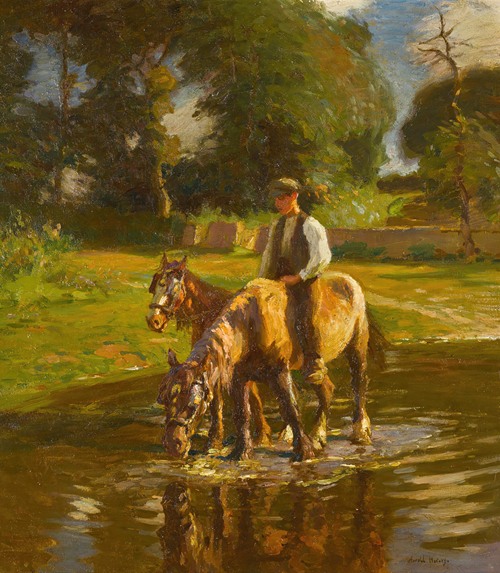 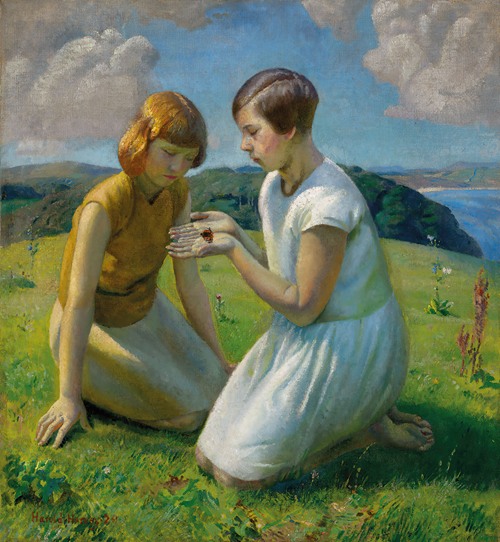 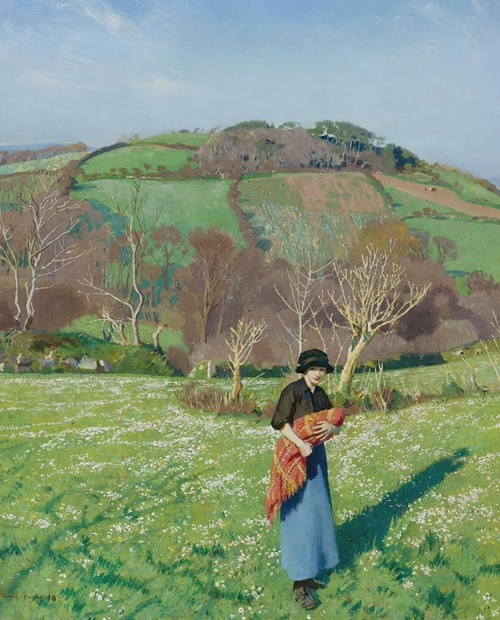 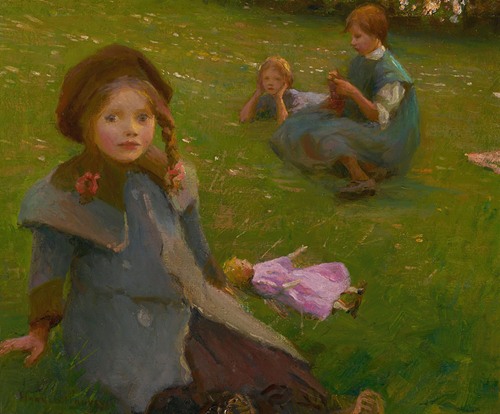 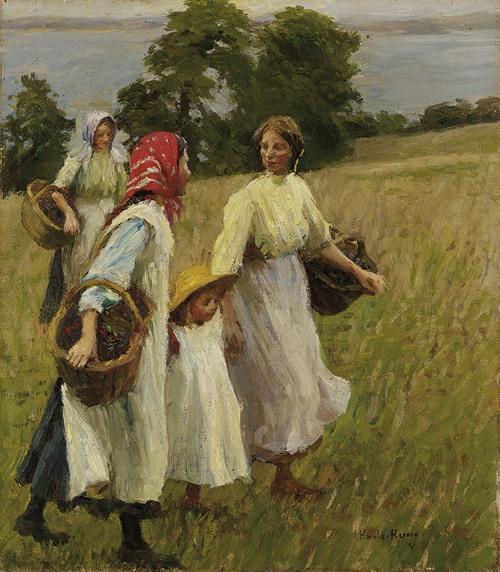 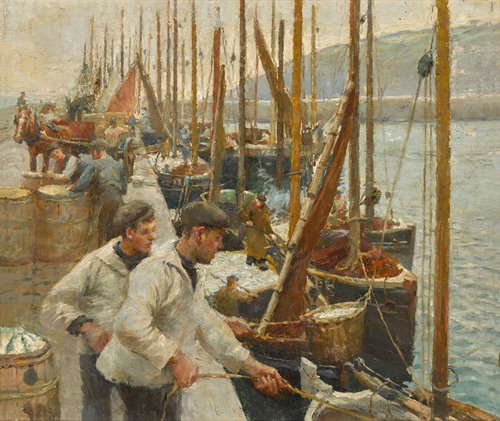