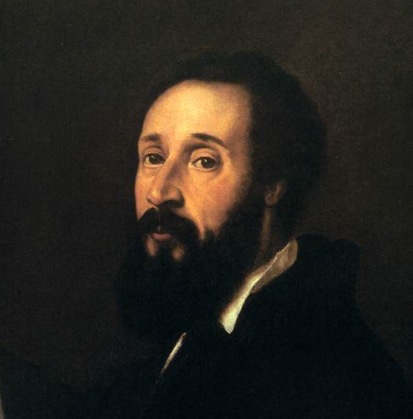 Giulio Romano, also known by his real name of Giulio Pippi, was an Italian painter and architect. He was a pupil of Raphael, and his stylistic deviations from High Renaissance classicism help define the 16th-century style known as Mannerism. Giulio's drawings have long been treasured by collectors; contemporary prints of them engraved by Marcantonio Raimondi were a significant contribution to the spread of 16th-century Italian style throughout Europe.

Giulio Romano was born in Rome; to which "Romano" refers. As a young assistant in Raphael's studio, he worked on the frescos in the Vatican loggias to designs by Raphael and in Raphael's Stanze in the Vatican painted a group of figures in the Fire in the Borgo fresco. He also collaborated on the decoration of the ceiling of the Villa Farnesina. Increasingly he became the master's right-hand man, despite his relative youth. After the death of Raphael in 1520, he helped complete the Vatican frescoes of the life of Constantine as well as Raphael's Coronation of the Virgin and the Transfiguration in the Vatican. In Rome, Giulio decorated the Villa Madama for Cardinal Giuliano de' Medici, afterwards Clement VII. The crowded Giulio Romano frescoes lack the stately and serene simplicity of his master.

From 1522 he was courted by Federico Gonzaga, ruler of Mantua, who wanted him as court artist, apparently especially attracted by his skill as an architect. In late 1524 Giulio agreed to move to Mantua, where he remained for the rest of his life. He thus avoided the disaster of the Sack of Rome in 1527, which hugely disrupted artistic patronage in Rome and dispersed the remains of Raphael's workshop. Vasari tells how Baldassare Castiglione was delegated by Federico Gonzaga to procure Giulio to execute paintings and architectural and engineering projects for the duchy of Mantua. His masterpiece of architecture and fresco painting in that city is the suburban Palazzo Te, with its famous illusionistic frescos (c. 1525–1535). He also helped rebuild the ducal palace in Mantua, reconstructed the cathedral, and designed the nearby Church of San Benedetto. Giulio sculpted the figure of Christ which is positioned above Castiglione's tomb in the church of Santa Maria delle Grazie near Mantua. Sections of Mantua that had been flood-prone were refurbished under Giulio's direction, and the duke's patronage and friendship never faltered: Giulio's annual income amounted to more than 1000 ducats. His studio became a popular school of art.

He traveled to France in the first half of the 16th century and brought concepts of the Italian style to the French court of Francis I.

Giulio also designed tapestries. It is rumored that he contributed to the drawings upon which the album I Modi was engraved by Marcantonio Raimondi. He died in Mantua in 1546. According to Giorgio Vasari, his best pupils were Giovanni dal Lione, Raffaellino dal Colle, Benedetto Pagni, Figurino da Faenza, Giovanni Battista Bertani and his brother Rinaldo, and Fermo Guisoni.

Giulio Romano has the distinction of being the only Renaissance artist to be mentioned by William Shakespeare. In Act V, Scene II of The Winter's Tale Queen Hermione's statue is by "that rare Italian master, Julio Romano."

Head of a saint

An Allegory of the Virtues of Federico II Gonzaga (1530)

Hercules Resting after Killing the Hydra (1535)

Drawing of a Ewer in Antique Style (early 16th century)

Design for a Decorated Drinking Cup with Floriated Heads around Large Mouth, Intertwined Serpents as Handles

A Lion in Profile Facing to the Left (‘Leo’)

Copy after Giulio Romano’s Fall of Icarus (after 1536)