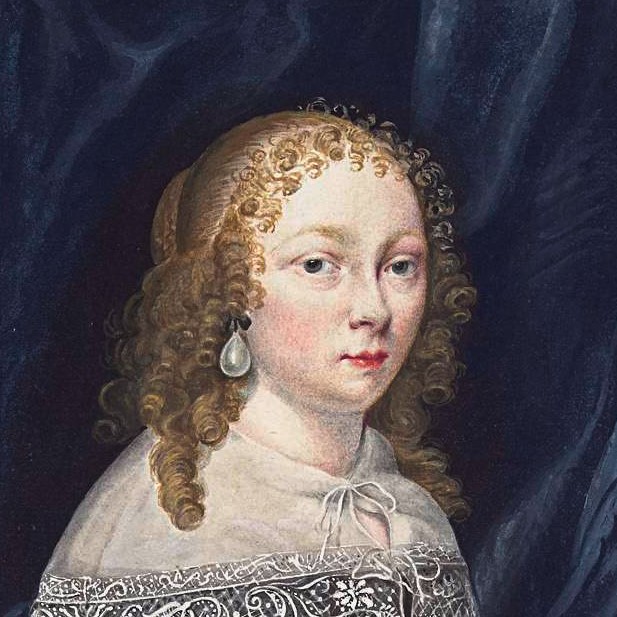 Gesina ter Borch was a Dutch Golden Age watercolorist and draftswoman, whose work mostly consists of watercolor paintings in albums. Most of her work captured her observations of family life, current events, and fashionable people. In addition to the visual arts, Gesina wrote love poetry.

Gesina ter Borch was born on 15 November 1631 in Deventer in the Dutch Republic. She was the first child of the third marriage of Gerard ter Borch the Elder, who taught her to draw and paint. Her half-brother Gerard ter Borch II enjoyed artistic success and corresponded with Gesina frequently. After the loss of her younger brother, Moses, to the Second English War, Gesina's work conveyed her deep sadness. She lived her whole life on the Sassenstraat in Zwolle, where she died on 16 April 1690. Gesina never married during her lifetime. In 1660, she became friends with Henrik Jordis, who was a merchant from Amsterdam and an amateur poet. This resulted in courtship.

Gesina ter Borch was very successful during her artistic career. She also aided her older half-brother Gerard in a few of his pieces. Gesina was a model for many of the ladies that are depicted in Gerard's works Ladies in Satin. Gerard considered Gesina his favorite model for these works. She also furthered her art career on the side, while modeling for her brother. Gesina became a successful watercolorist. During her lifetime, she collected love poetry, and she made illustrations to coincide with it as well. Some albums of her work even included pieces dedicated to songs about love.