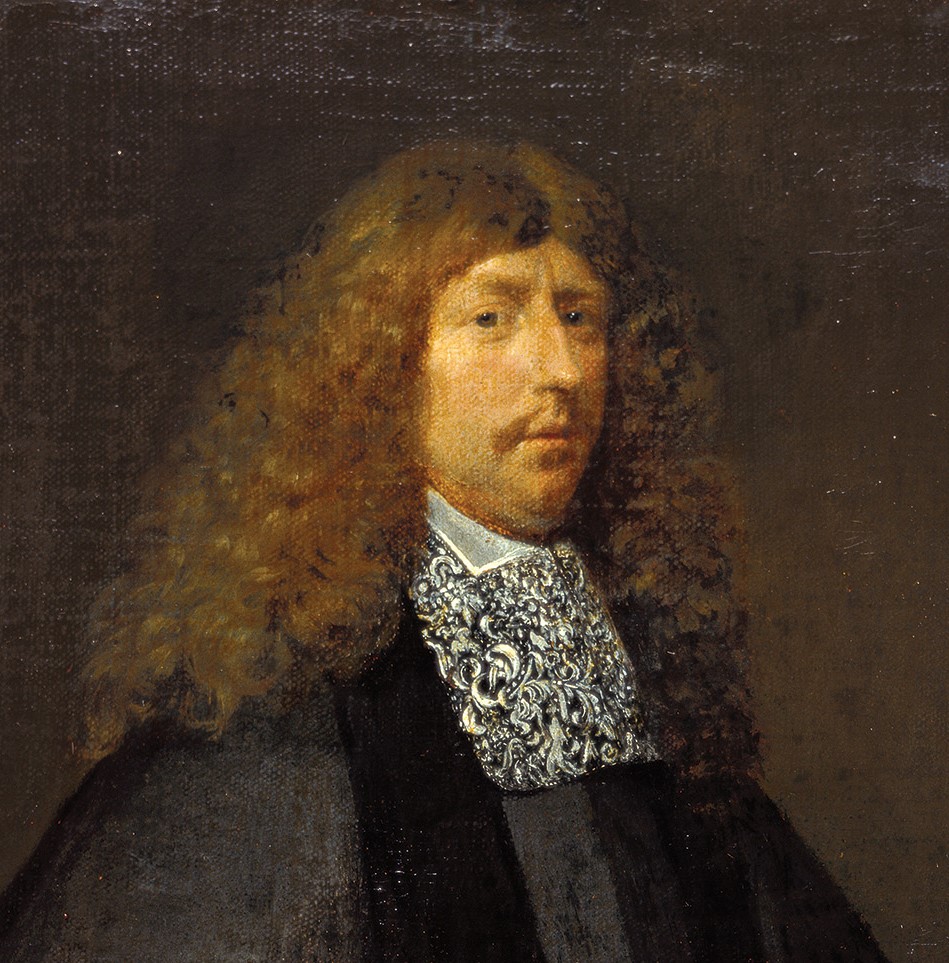 Gerard ter Borch was born in December 1617 in Zwolle in the province of Overijssel in the Dutch Republic.

He received an excellent education from his father Gerard ter Borch the Elder, also an artist, and developed his talent very early. The inscription on a study of a head proves that Ter Borch was at Amsterdam in 1632, where he studied possibly under Willem Cornelisz Duyster or Pieter Codde. In 1634 he studied under Pieter de Molijn in Haarlem.

In 1635 he was in London, and subsequently he travelled in Germany, France, Spain and Italy. His sister Gesina also became a painter. It is certain that he was in Rome in 1641, when he painted the small portraits on copper of Jan Six ,A Young Lady (Six Collection, Amsterdam) and the portrait of a Gentlemen (DMK Collection Nuermberg).

At this time Ter Borch was invited to visit Madrid, where he received employment and the honour of knighthood from Philip IV, but, in consequence of an intrigue, it is said, he was obliged to return to the Netherlands. He seems to have resided for a time in Haarlem; but he finally settled in Deventer, where he became a member of the town council, as which he appears in the portrait now in the gallery of the Hague. He died at Deventer in 1681.

A Guardroom Interior With Four Figures Drinking And Playing Cards

François de Vicq, Burgomaster of Amsterdam for several Terms from 1697 on (1670)

The Ratification of the Treaty of Münster (1648)