Gaspar Peeter Verbruggen the Elder was a Flemish painter of flowers and garland paintings.

Gaspar Peeter Verbruggen the Elder was baptized in the St. James' Church in Antwerp on 8 September 1635. His father, also called Gaspar or Kasper, was a gardener who owned a house and a large garden where he grew herbs and flowers. This may explain the young Gaspar's interest in flower painting. Gaspar was registered at the Antwerp Guild of Saint Luke as a pupil of the painter Cornelis Mahu in the guild year 1644-45. Five years later he was registered as a master of the Guild.

He married Catharina van Zeverdonck on 17 February 1658 with whom he had 11 children. After the death of his wife on 24 August 1674 he married Sara Catharina Raeps on 13 June 1697. At the time of his death on 16 April 1681 there were still six minor children alive: Anna Catharina, Marie Isabella, Gaspar Peeter, Maria Magdalena, Petronella and (from the second marriage) Balthasar Hyacint. Gaspar and Balthasar Hyacint became still life painters. He was a successful artist as demonstrated by the fact that his estate included six houses and valuable household effects. 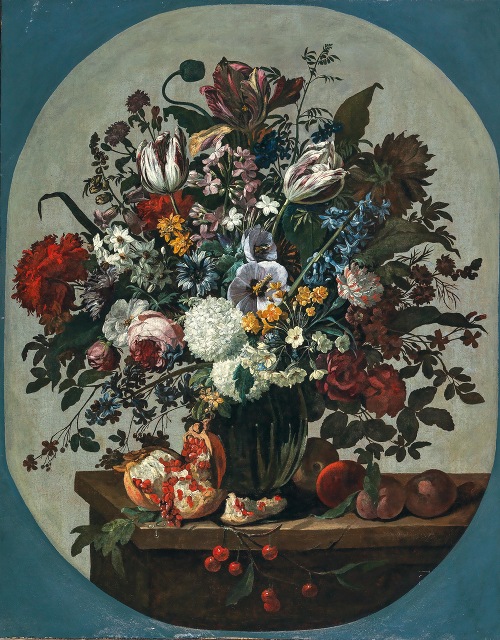 Tulips, squills hydrangeas, peonies, and other flowers in a vase surrounded by pomegranates and other fruit, on a stone ledge (1668) 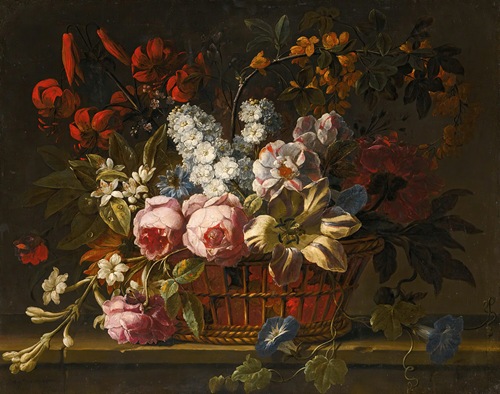 Still life of pink roses, tulips, hyacinths, jasmine and other flowers loosely arranged in a wicker basket, all upon a stone ledge 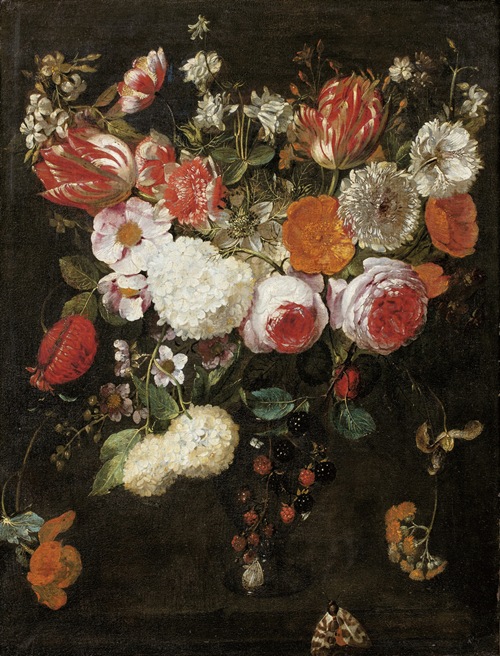 Still Life With Roses, Tulips And Other Flowers In A Vase Together With Blackberries And A Moth 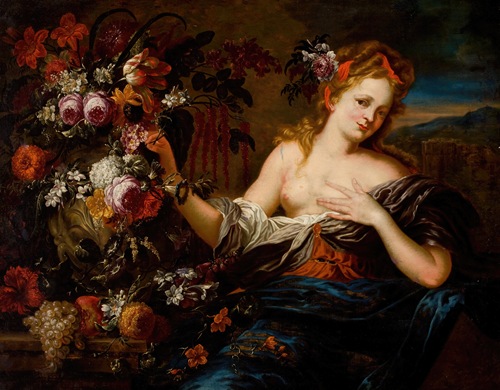 Flora – An Allegory of Spring