Emile Vernon first studied design at the School of Fine Arts in Tours where he won the first prize for design in 1888 at the age of sixteen. He moved to Paris when he was eighteen to study with the famed teachers and artists, William Bouguereau and Auguste Trupheme at the Ecole Des Beaux Arts.

In 1898, he had two exhibitions, first, he participated at The Exposition of Fine Arts and Decorative Arts in Paris and later the same year exhibited at the Salon des Artistes Francais, and from then on, Emile Vernon exhibited regularly at the Paris Salon from 1898 to 1913. Although he painted portraits, landscapes, and bouquets of flowers, painting beautiful women and children became his specialty, and are much in demand in the America, Canada, and Japan.

Emile Vernon also received numerous commissions for decorative murals as well as oil painting for the theater of Chatellerault in 1898. He also created paintings for the Nevers Theater. In 1904, he exhibited at The Royal Academy in London the floral painting Roses. Emile Vernon died in 1920 at the age of 48. 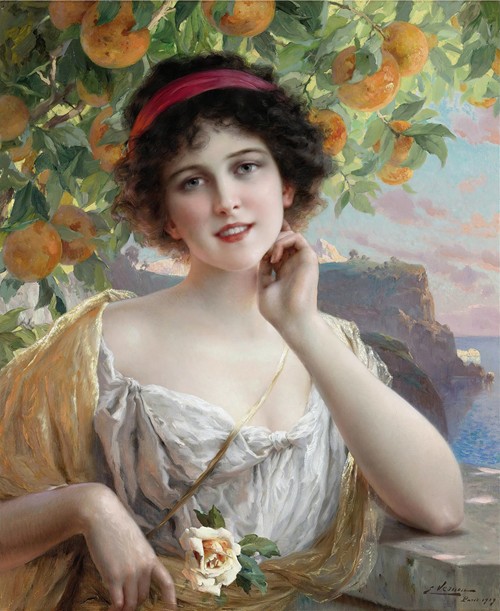 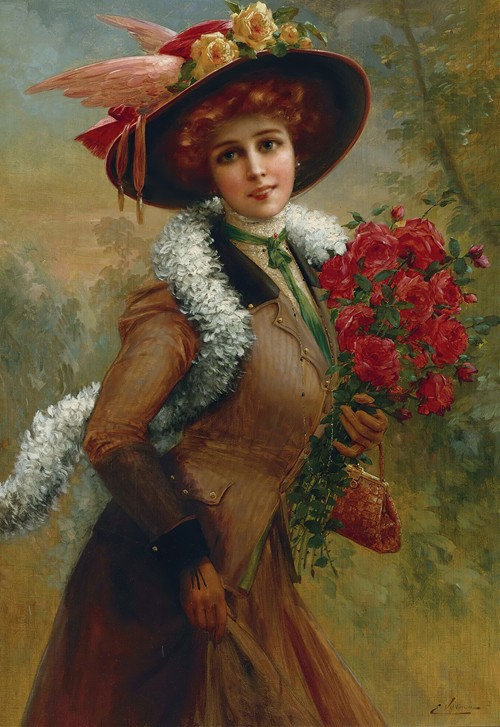 Lovely As A Rose 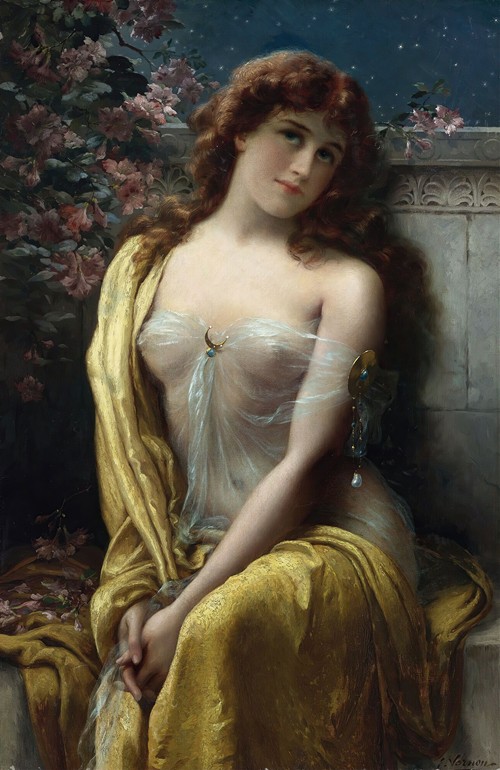 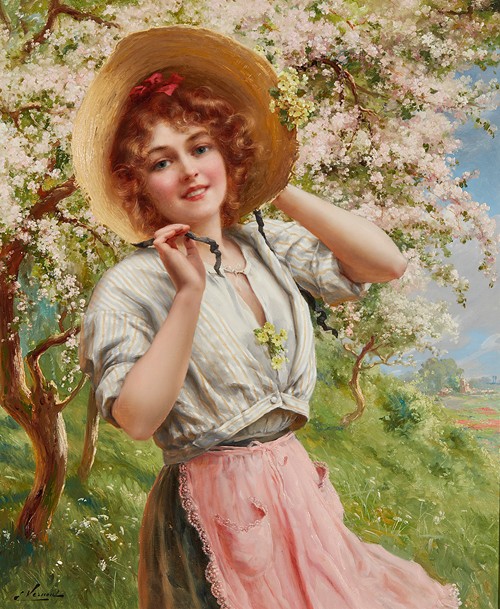 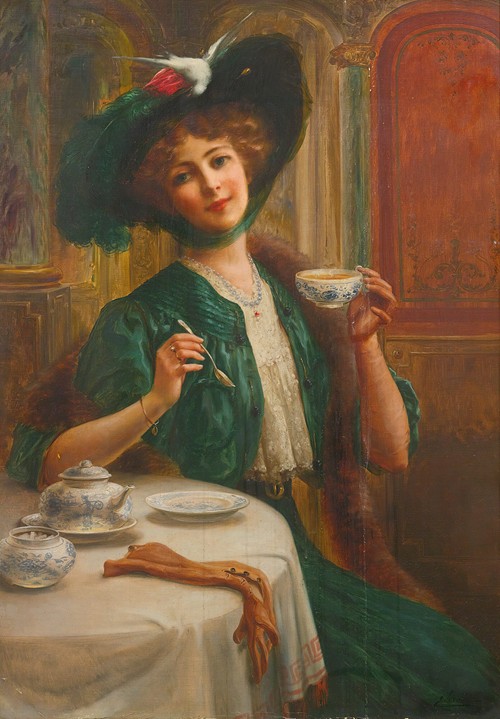 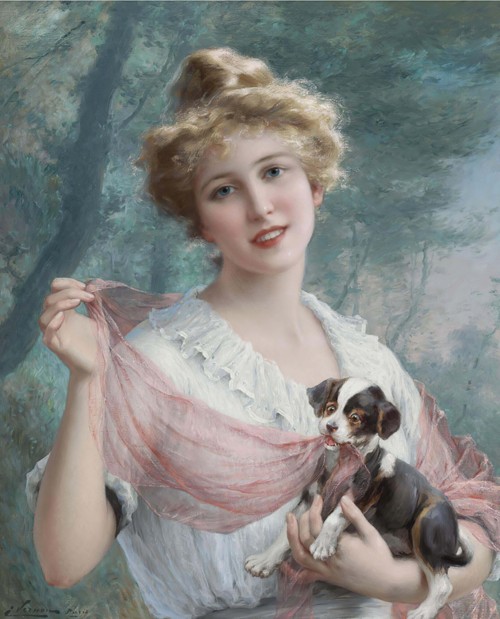 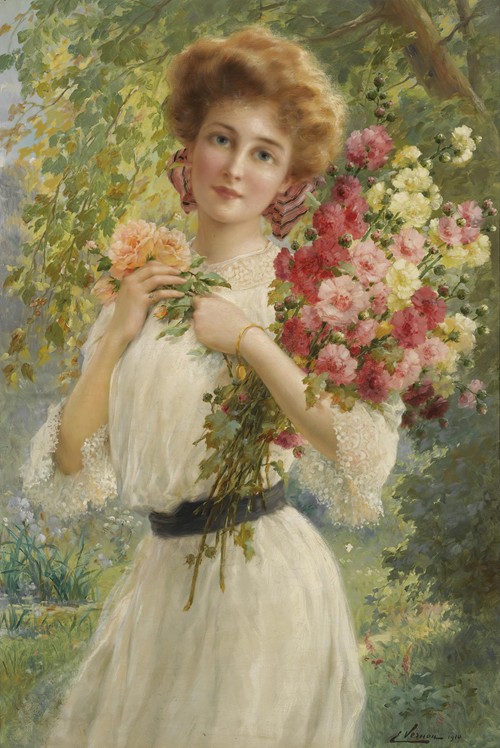 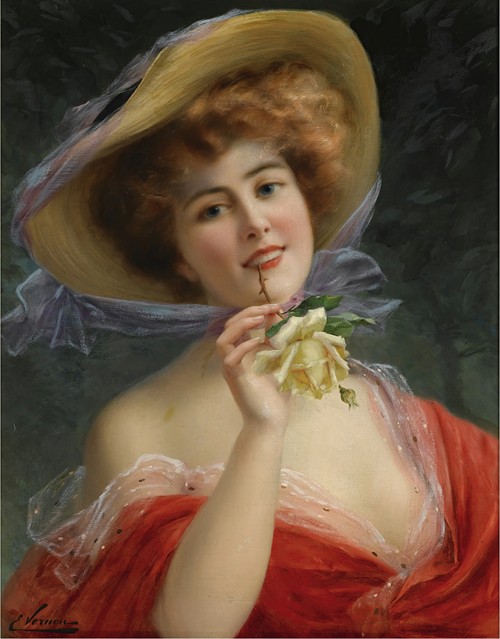 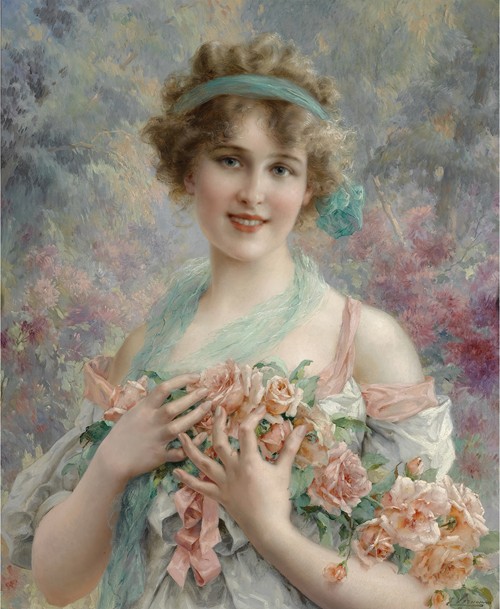 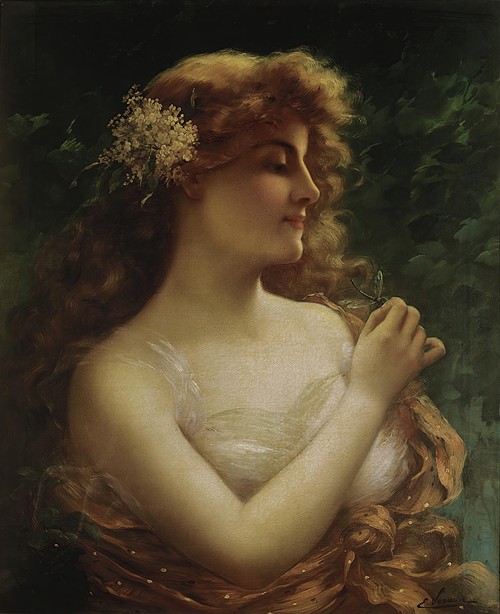 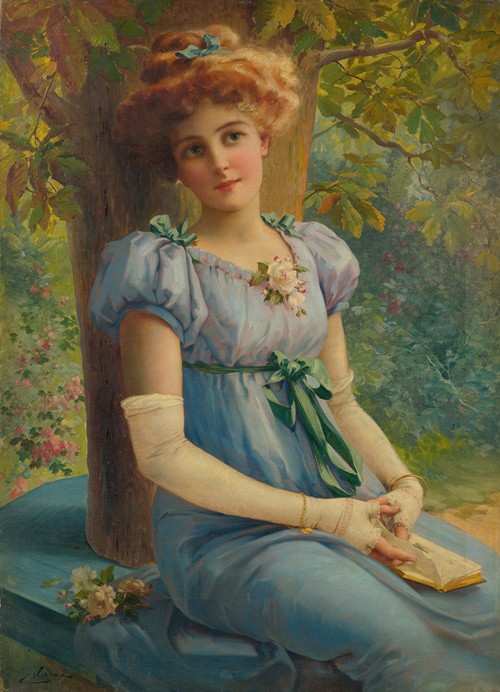 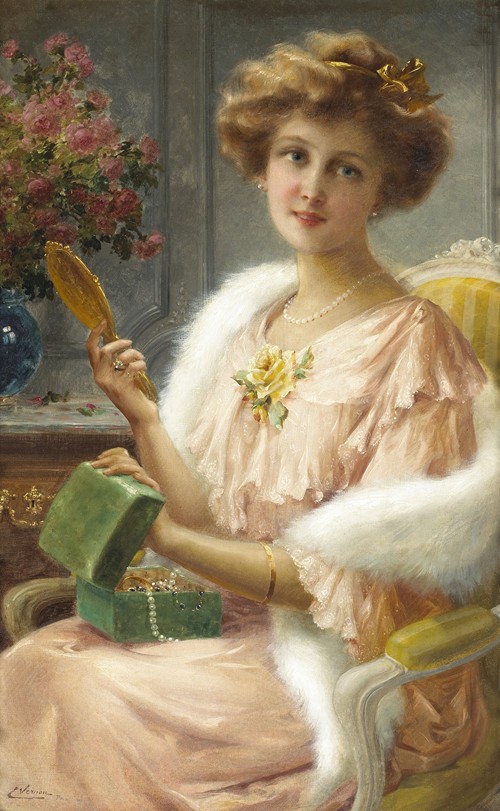 A Young Lady With A Mirror 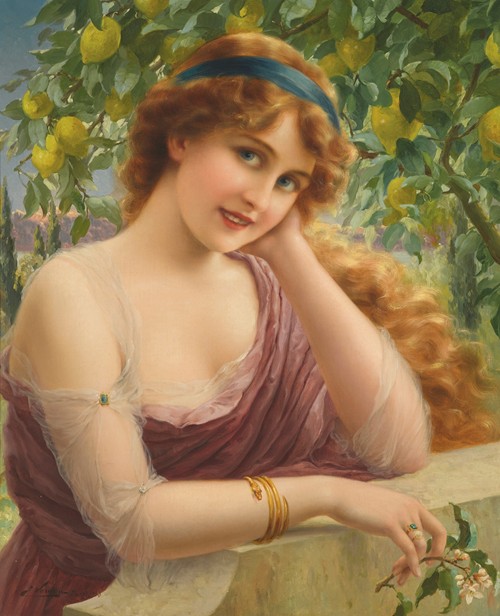 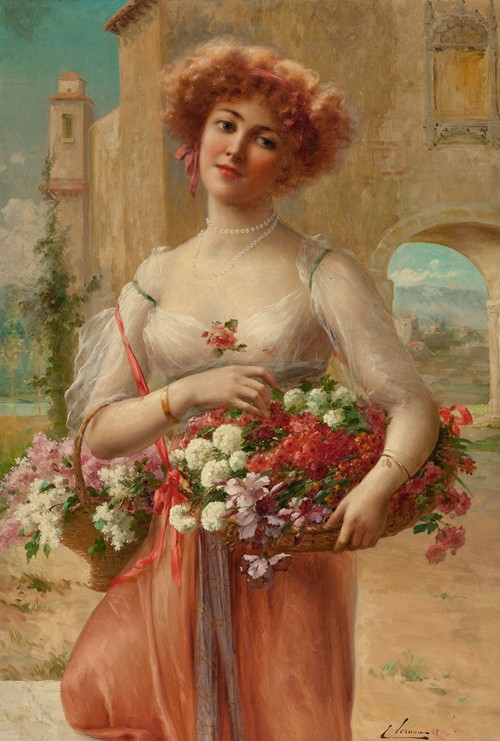