He came from a family of illustrious painters. His great-grandfather was Claude Joseph Vernet and his father was the battle painter, Hippolyte Lecomte; who was himself the son-in-law of Carle Vernet, and the nephew of Horace Vernet.

The last named was one of his teachers; along with Léon Cogniet. He began by painting portraits of the aristocracy and the wealthy bourgeoisie. His first exhibition at the Salon took place in 1843, and he was awarded a bronze medal. After that, he signed his paintings as "Vernet-Lecomte".

He soon developed a taste for Orientalism. His first works in that genre were exhibited at the Salon in 1847; including numerous portraits of Middle Eastern women. Current events were not ignored, however, and he followed in father's footsteps by creating works depicting the Crimean War, and the slaughter of the Maronites by the Druze, during the 1860 Mount Lebanon civil war. 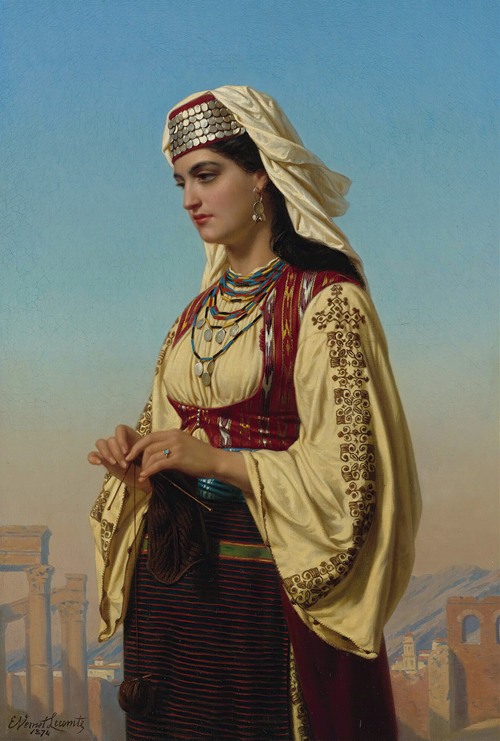 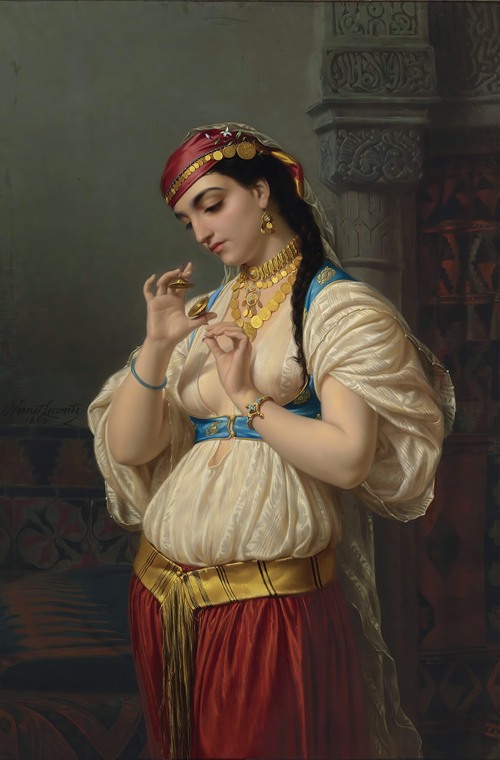 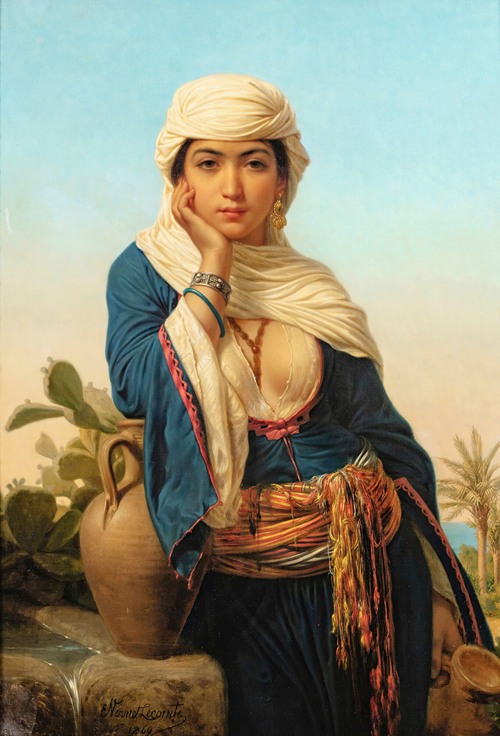 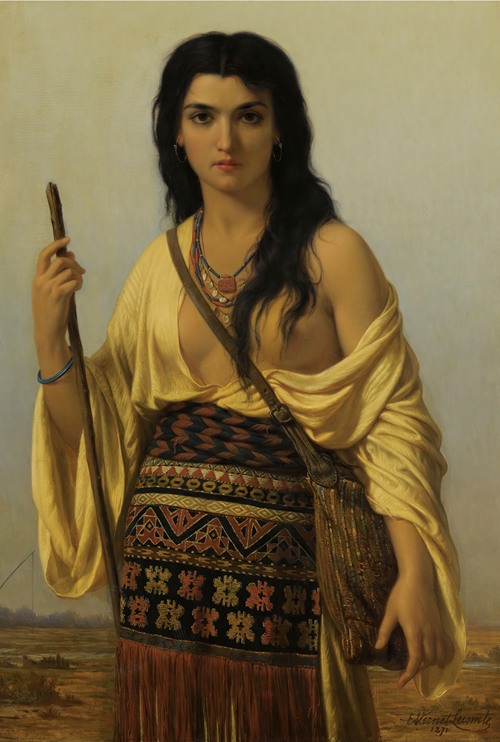 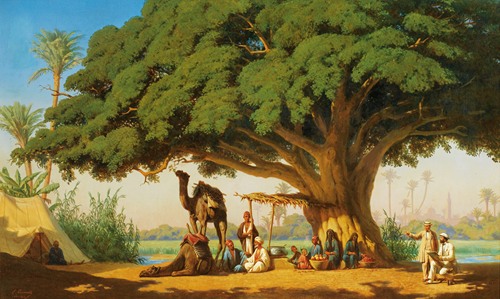 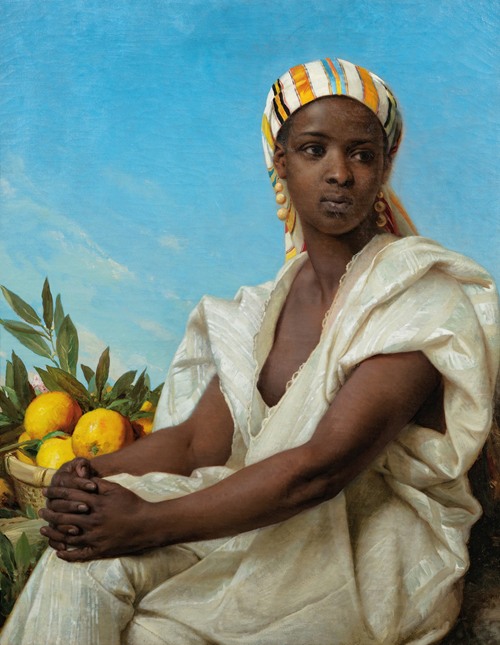 Portrait of a black woman 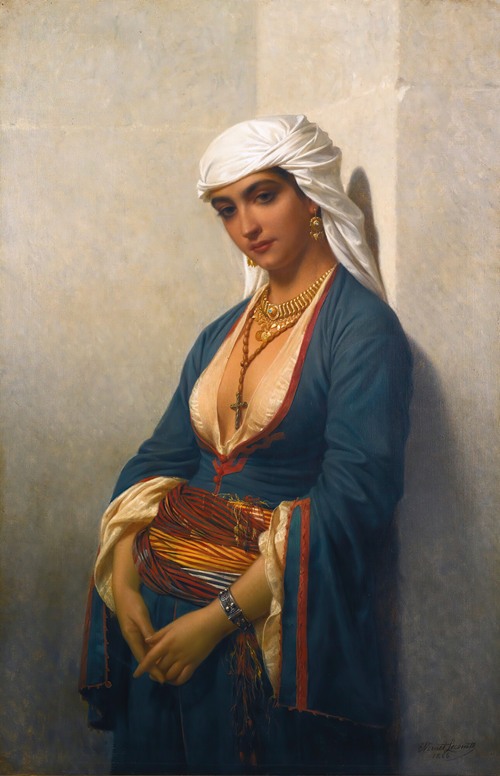 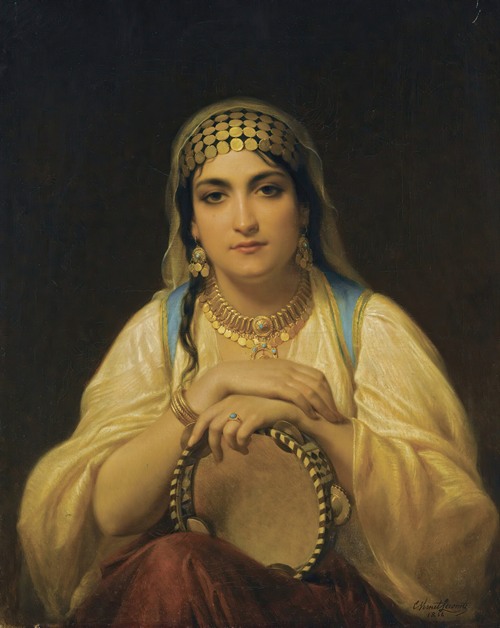 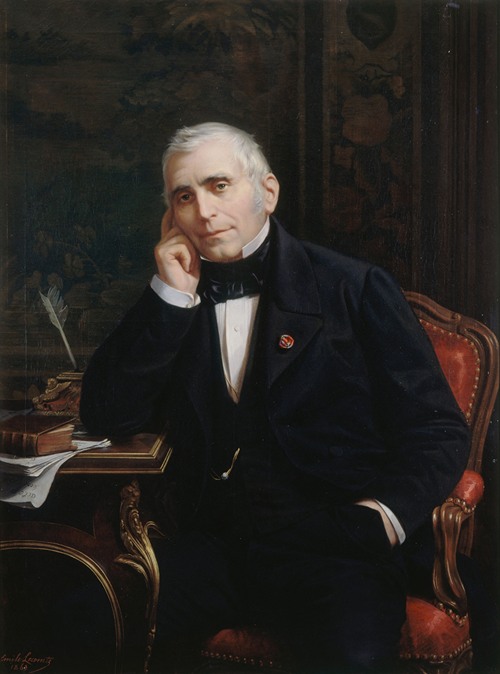