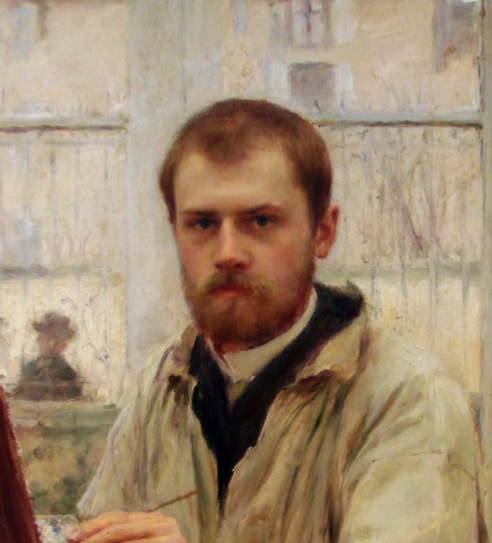 Émile Friant was a French artist.
Friant was born in the commune of Dieuze. He would later be forced to flee to Nancy by the encroachment of the Kingdom of Prussia's soldiers. He exhibited paintings throughout his lifetime at the Paris Salon.
Friant created works in charcoal, oil, and other media. He also used photographs to prepare finished paintings.

Friant was born in the commune of Dieuze in 1863. His father was a locksmith and mother a dressmaker. The wife of a chemist, Madame Parisot would hire the wife of Émile Friant's father to design custom clothing. The Parisots took an early interest in the young Friant and treated him maternally, as they were without children of their own.

In 1870, with the defeat of the Second French Empire at hand as part of the then-ongoing Franco-Prussian War, annexation of Alsatia occurred and Dieuze was no longer under French state control. Intensely distressed by this, Parisot intended to leave the commune for Nancy, but died shortly before having the chance. In 1871, Madame Parisot fled with Friant to Nancy; his biological family would follow later.

Friant was sent to the lycée to learn Latin, as Madame Parisot intended for him to follow in her husband's footsteps and become a chemist. Meanwhile, friends of his biological father had suggested sending him to a municipal school of art because of his skill with the brush. Because of his poor performance at the lycée, Friant requested permission to leave and focus on his art. His father agreed, and the young Friant was placed under the guide of a private tutor who would arrange his academic work so that time remained for painting. Under the guidance of Louis-Théodore Devilly, director of a school in Nancy and a proponent of realism, Friant learned the art of still life and landscape painting.

Friant painted La Petite Barque at the age of 15. It was exhibited in Nancy and quickly became the center of public intrigue. The municipal council granted him permission to travel to Paris a year later. There, he studied under Alexandre Cabanel, who tutored him in creating oil sketches of historical works. Friant, becoming disenchanted by the academic style of the atelier method, returned to Nancy where he worked with the painter Aimé Morot.

In 1882, Aime Morot encouraged him to debut two of his works at the Salon: The Prodigal Son and Studio Interior, for which he received an honourable mention. The following year, Friant again presented at the Salon and took second place in the Prix de Rome concours. In 1884 he received a third class medal at the Salon with his painting Un coin d'atelier and in 1885 a second-class medal. He would form a lasting friendship with the actors Ernest and Benoit Coquelin. With the travel grant he received from the Salon of 1886, Friant traveled to and studied in the Netherlands. His portrait of the Coquelins' mother reflects the influence of that trip. In 1889 he exhibited his 1888 painting La Toussaint at the Salon, for which he received a first prize. This painting depicts a revanchist patriotic image of a group of people visiting a cemetery in which the French victims of the Franco-Prussian War were buried. He received a gold medal for the same painting at the Universal Exposition of 1889, as well as the Legion of Honour. The painting was acquired by the State and added to the collection of the Luxembourg and is now on permanent display in the Musée des beaux-arts in Nancy. He received a second gold medal from the jury at the Universal Exposition in 1900, where he exhibited five paintings including La Discussion politique, Jours heureux and La Douleur.

Friant was appointed a professor of painting in 1923 at the École des Beaux-Arts in Paris, France, promoted to the position of commander in the Legion of Honour, and made a member of the Institut de France. In 1930 the art critic Arsène Alexandre published a comprehensive review of the art of Friant. In 1932, Friant fell to his death in Paris. 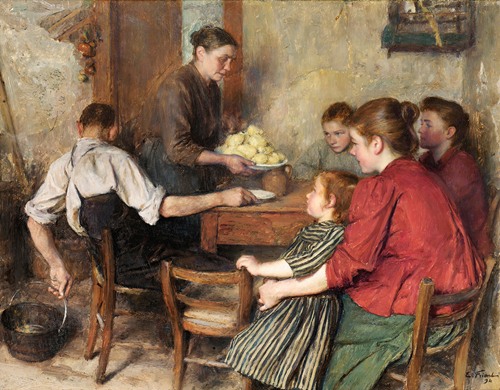 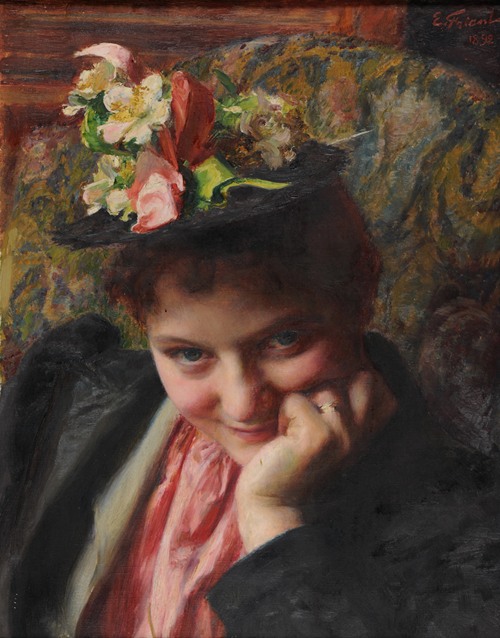 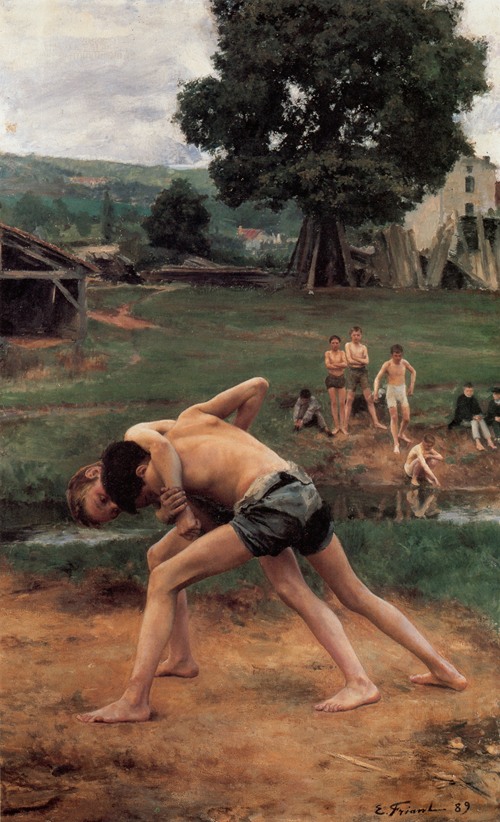 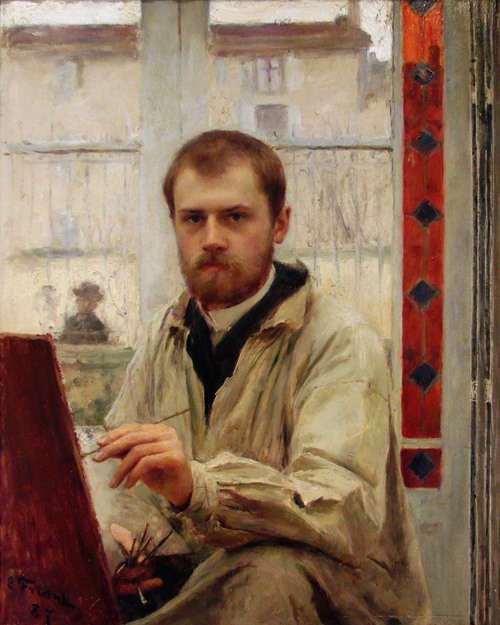 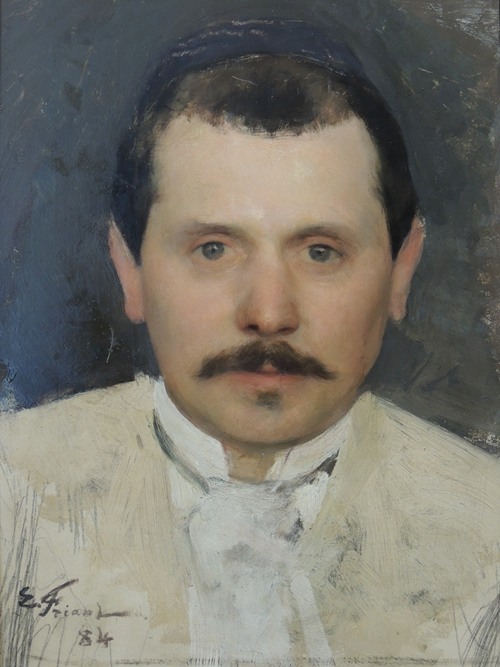 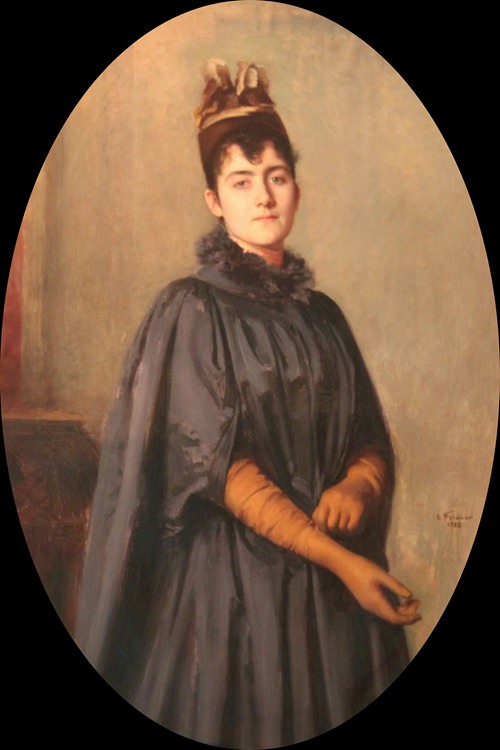 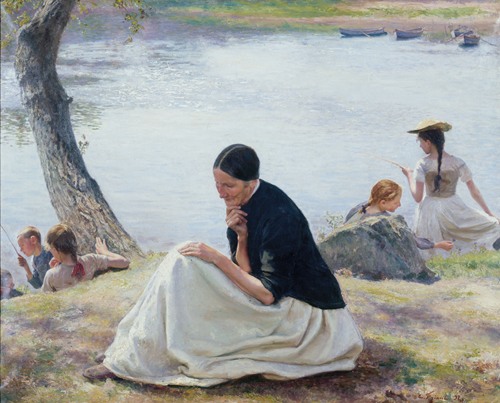 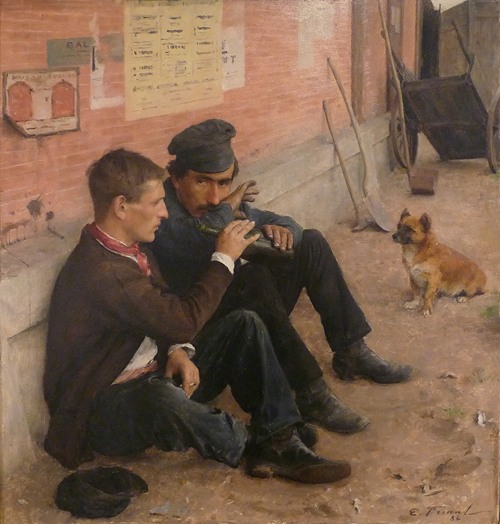 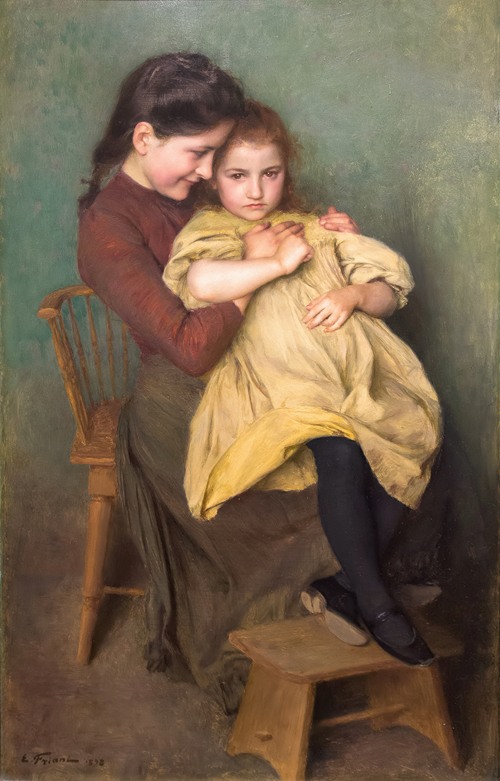 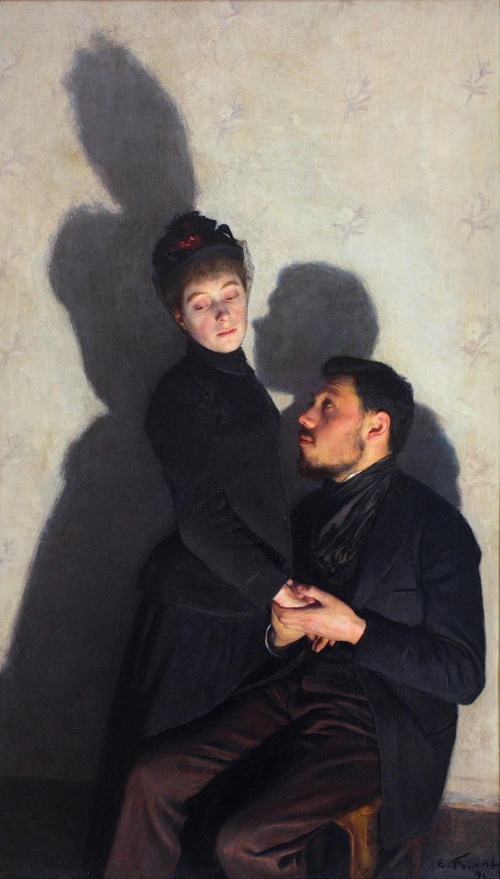 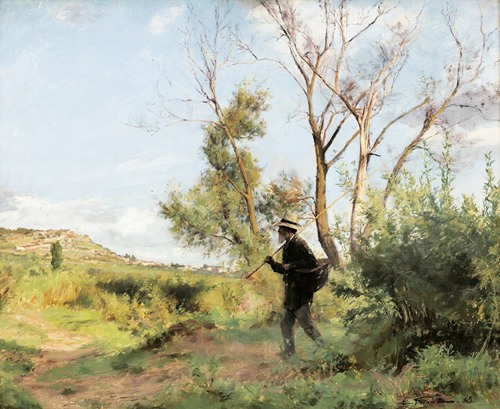 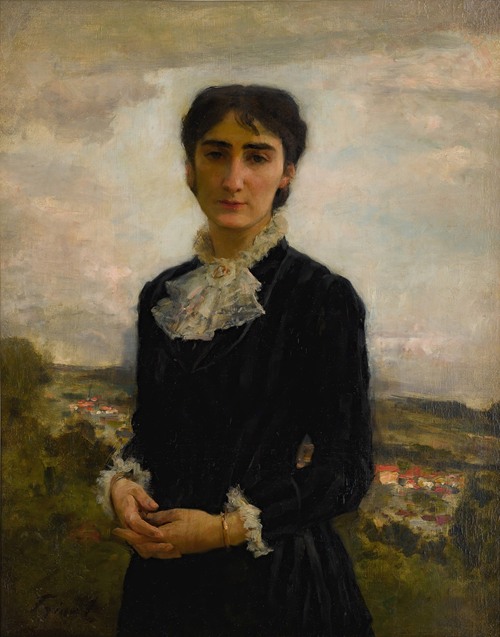 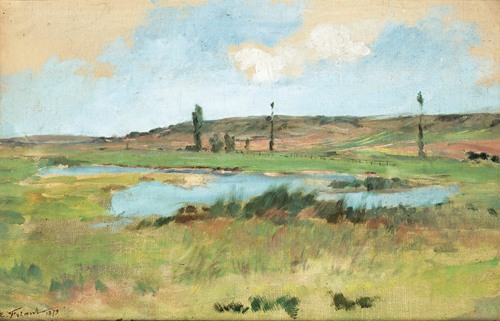 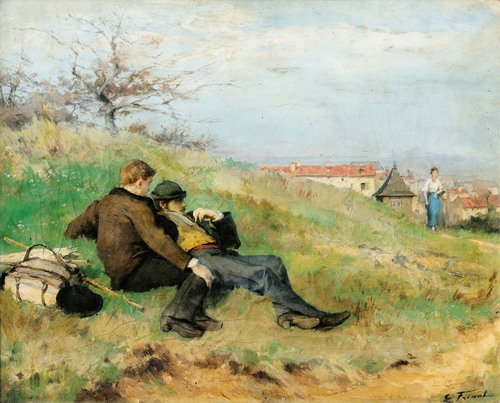 Mathias Schif And Camille Martin Sitting In The Countryside 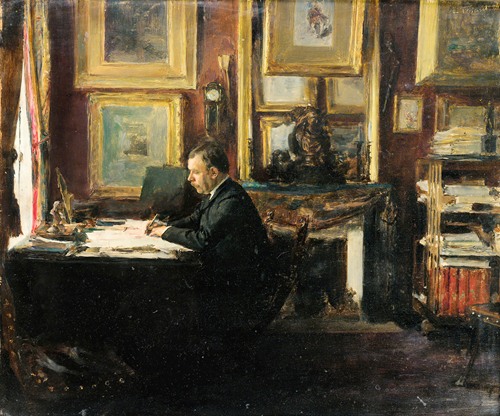 Comedian Constant Coquelin Aka Coquelin Aîné In His Study 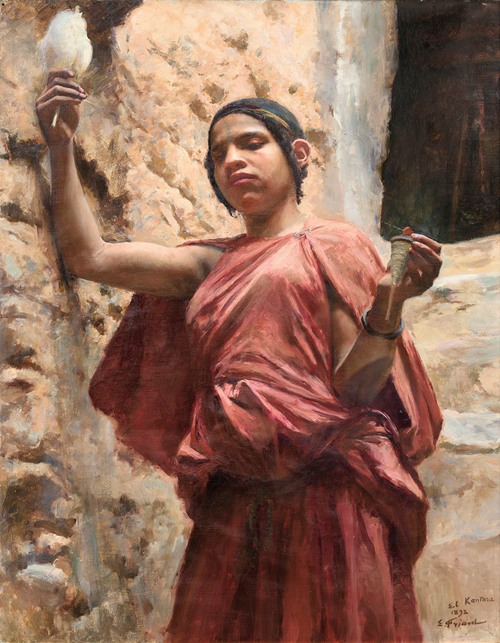 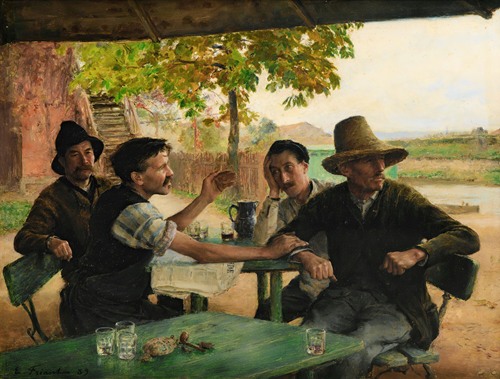 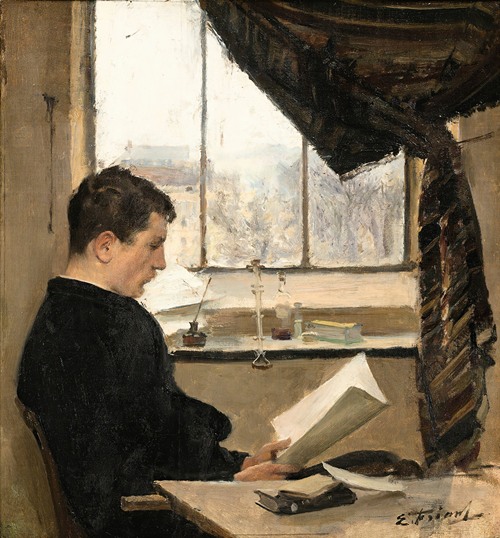 Self-Portrait Reading In The Studio, Also Known As The Student 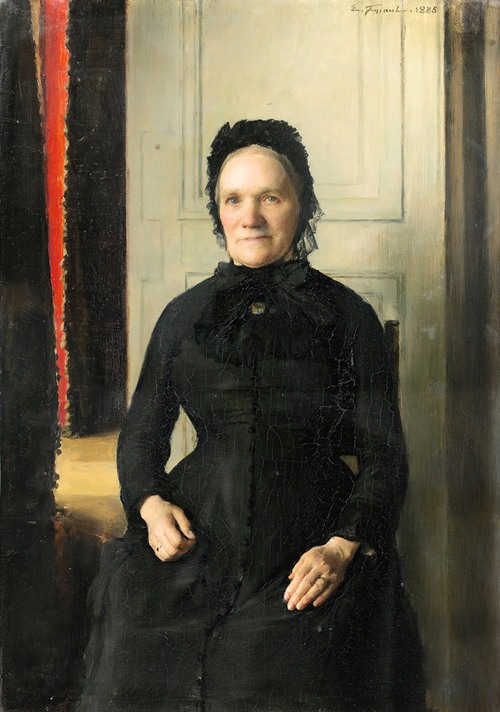 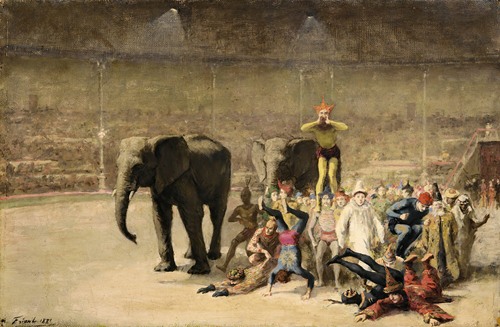 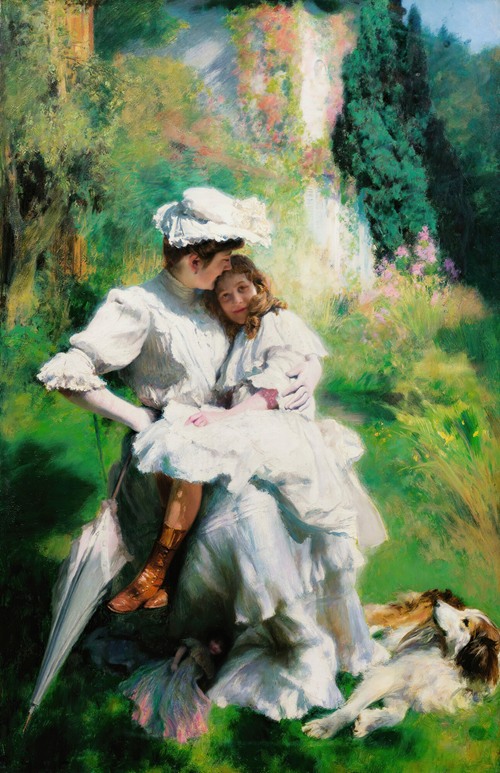 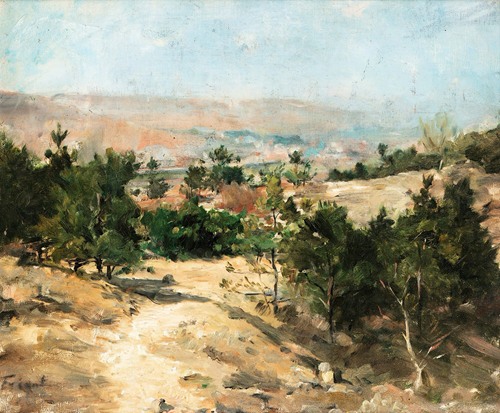 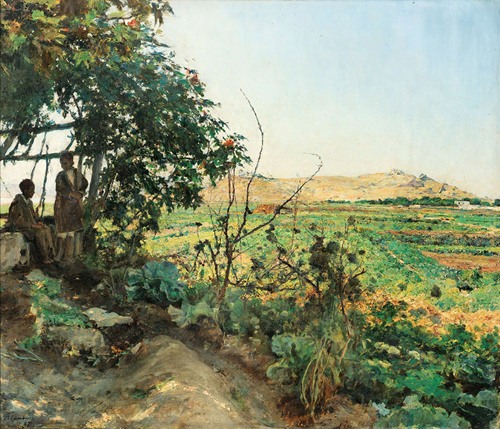 Landscape Of The Suburbs Of Tunis (1887)