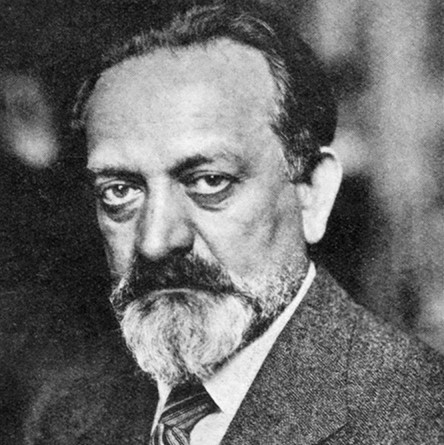 Emil Orlik was a painter, etcher and lithographer. He was born in Prague, which was at that time part of the Austro-Hungarian Empire, and lived and worked in Prague, Austria and Germany.

Emil Orlik was the son of a tailor. He first studied art at the private art school of Heinrich Knirr, where one of his fellow pupils was Paul Klee. From 1891, he studied at the Munich Academy under Wilhelm Lindenschmit. Later he learned engraving from Johann Leonhard Raab and proceeded to experiment with various printmaking processes.

After performing his military service in Prague, he returned to Munich, where he worked for the magazine Jugend. He spent most of 1898, travelling through Europe, visiting the Netherlands, Great Britain, Belgium, and Paris. During this time he became aware of Japanese art, and the impact it was having in Europe, and decided to visit Japan to learn woodcut techniques. He left for Asia in March 1900, stopping off in Hong Kong, before reaching Japan, where he stayed until February 1901.

In 1905 Emil Orlik moved to Berlin and took a post at the "School for Graphic and Book Art" of the Museum of Decorative Arts (Kunstgewerbemuseum), now part of the Berlin State Museums. He taught at the Berlin College of Arts and Crafts, where one of his students was George Grosz.