Bartolomeo Cavarozzi, occasionally referred to as Bartolomeo Crescenzi, was an Italian caravaggisti painter of the Baroque period. Cavarozzi's work begin receiving increased admiration and appreciation from art historians in the last few decades of the 20th century, emerging as one of the more distinct and original followers of Caravaggio. He received training from Giovanni Battista Crescenzi in Rome and later traveled to Spain alongside his master for a few years where he achieved some renown and was significant in spreading "Caravaggism" to Spain before returning to Italy. His surviving works are predominantly Biblical subjects and still-life paintings, although older references note he "was esteemed a good painter especially of portraits".

Bartolomeo Cavarozzi was born 15 February 1587 in Viterbo, the capital of the Viterbo province in the Lazio region of central Italy. It is believed that he arrived in Rome as a child and received some of his earliest training from Tarquinio Ligustri. One source attributes his training to Guercino (Gian Francesco Barbieri called Guercino da Cento) however that was likely in error as Cavarozzi was four years older than Guercino. The earliest of his known works, Santa Ursula and his companions with Pope Ciríaco and Santa Catalina de Alejandría (1608) was painted for the church of the Confraternity of Sante Orsola e Caterina (now in Basilica of St. Mark the Evangelist, Rome) and shows the influence of Cristofano Roncalli (one of three painters sometimes referred to as Il Pomarancio).

At some point before 1617, Bartolomeo Cavarozzi was taken in and living in the palace of a Roman nobleman Giovanni Battista Crescenzi. Crescenzi was a painter and architect who had established an academy in Rome for young painters in the vicinity of the Pantheon, where he taught drawing and art. Much of the training there was focused on drawing directly from life curious and beautiful objects provided by Crescenzi such as fruits, vegetables, animals, and such found around Rome. An example of Cavarozzi's still-life painting is Grape Vines and Fruit, with Three Wagtailsca (ca. 1615–18) in the Metropolitan Museum of Art, New York. His still-life paintings have been said to be "important for the history of still-life painting in both Italy and Spain". Among Cavarozzi's finest work is a painting of Saint Jerome with Two Angels, which was purchased in 1617 by the Medici in Florence. The training Cavarozzi received at Crescenzi's academy can be seen in the still life with skull, rosary, books, and crucifix on the worm-eaten table. Also evident is Caravaggio's style in the remarkable handling of light in the Saint Jerome painting. One author suggested Cavarozzi was the painter known as the Master of the Acquavella Still Life, one of the finest still-life painters of early seventeenth-century Rome, but, this attribution is not universally accepted.

In 1617 Giovanni Battista Crescenzi traveled to Spain to work in the Pantheon of the Escorial and in this period he was significant in defining artistic taste in the Madrid court. Crescenzi brought Cavarozzi with him to Spain where they worked for approximately two years. The paintings Cavarozzi produced in Spain show Caravaggio's use of naturalistic figures in raking light and darkness however, he developed a distinguishing style of his own, which among other things was less inclined toward drama and leaning more to tender and reserved figures. The Holy Family with Saint Catherine of Alexandria (1618) in the Prado Museum, Madrid dates from Cavarozzi's time in Spain.

Some have observed the influence of Cavarozzi in the early works of the Spanish painter Jusepe de Ribera, who conversely would have seen Cavarozzi's work in Italy, just before or about the time Cavarozzi left for Spain. Included among these are some of Ribera's paintings of Saints and particularly in The Calvary (Crucifixion) [see external links below] in the Patronato de Arte Osuna, Seville: "A striking similarity can be found in the figure of Mary Magdalen - especially in the treatment of her luxurious green and yellow clothing - to the style of the Roman artist Bartolomeo Cavarozzi (ca. 1590-1625) in the years immediately prior to his trip to Spain (1617-18)".

Cavarozzi returned to Rome in 1619. He was active in Rome and in his home town of Viterbo where he produced a painting of Saint Isidore for the Chiesa Collegiata di Sant'Angelo in Spata, and in 1622 his painting of the Visitation was installed in Viterbo which now hangs in the Town Hall chapel. He is known to have coped his own work, and in the case of one painting of the Holy Family "almost ad nauseam". He died in Rome on 21 September 1625 at the relatively young age of thirty-eight. 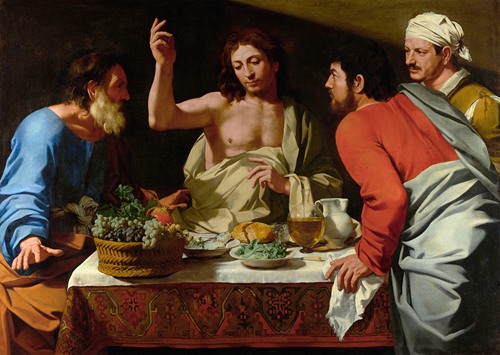 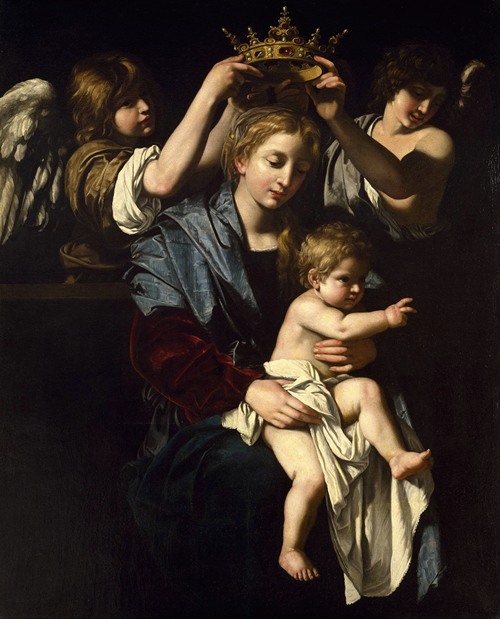 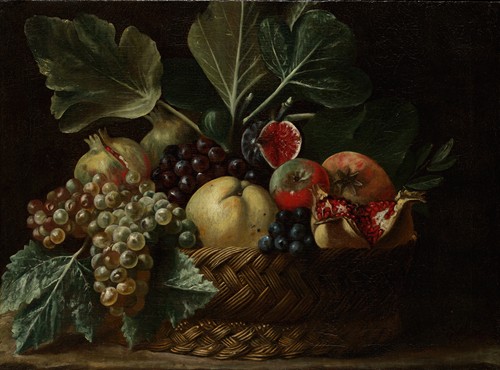 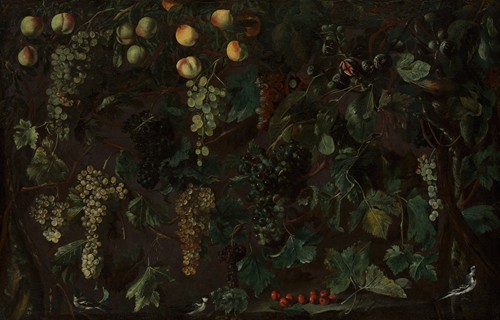 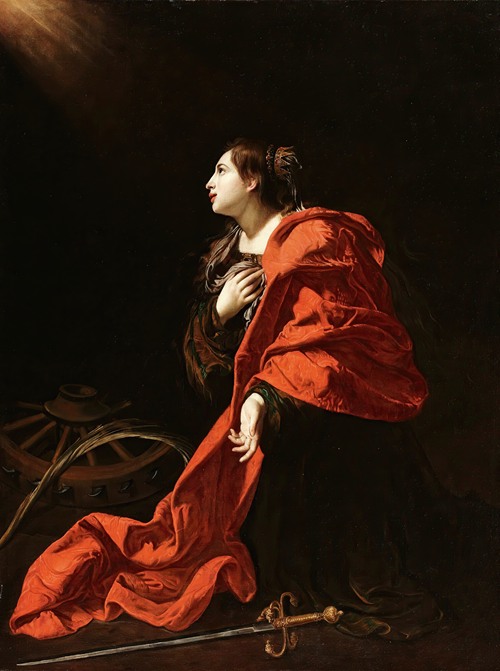