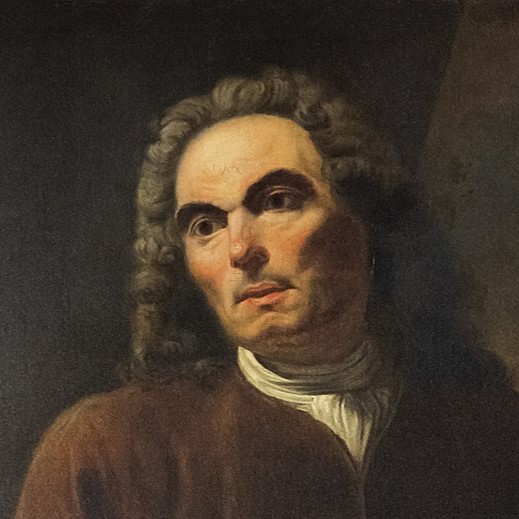 Antoine Rivalz was a French painter. Born in Toulouse, the son of Jean-Pierre Rivalz (who painted and designed the city's hôtel de ville), Antoine became the town's official painter, and was a talented portraitist of the society of the city in the 18th century. He also produced a large number of drawings.

Antoine Rivalz began his training in the studios of his father Jean-Pierre, the sculptor Marc Arcis and the artist Raymond Lafage. In his training, he was particularly interested in studying classical works and the Baroque Italian masters. From 1685 to 1687 he trained at the Académie royale de peinture et de sculpture in Paris. On his return to Toulouse he received his first two commissions. In 1687 he set out for Rome, where he stayed for more than ten years. In 1694 he won second prize at the Accademia di San Luca with a drawing of The fall of the giants, with first prize going to Antonio Balestra and Felice Nardi. In Rome he became friends with other artists such as Carlo Maratta, Luigi Garzi and Benedetto Luti, and was more and more in demand for commissions from families in both Rome and Toulouse.

In 1703, he returned to Toulouse and was made painter of the city's hôtel de ville, a post he held until his death. Supported by an important studio, he received a large number of commissions - commemorative paintings, paintings of ordinance and armour, architectural projects, restorations. This post, however, allowed him above all to forge productive relations with the city's upper classes and benefit from a near-monopoly on public, religious and private commissions in the city.

He married his first cousin Louise Rivalz, with whom he had six children, including the future artist Pierre Rivalz, known as the "chevalier Rivalz". In 1726 he set up Toulouse's first art school and in 1750 letters patent from Louis XV turned it into the Académie royale de peinture et de sculpture de Toulouse, the only one in France (after that in Paris) to be allowed to bear that title.

Portrait Of A Youth

Adoration of the Virgin