André Derain was a French artist, painter, sculptor and co-founder of Fauvism with Henri Matisse.

Derain was born in 1880 in Chatou, Yvelines, Île-de-France, just outside Paris. In 1895 he began to study on his own, contrary to claims that meeting Vlaminck or Matisse began his efforts to paint, and occasionally went to the countryside with an old friend of Cézanne's, Father Jacomin along with his two sons. In 1898, while studying to be an engineer at the Académie Camillo, he attended painting classes under Eugène Carrière, and there met Matisse. In 1900, he met and shared a studio with Maurice de Vlaminck and together they began to paint scenes in the neighbourhood, but this was interrupted by military service at Commercy from September 1901 to 1904. Following his release from service, Matisse persuaded Derain's parents to allow him to abandon his engineering career and devote himself solely to painting; subsequently Derain attended the Académie Julian.

Derain and Matisse worked together through the summer of 1905 in the Mediterranean village of Collioure and later that year displayed their highly innovative paintings at the Salon d'Automne. The vivid, unnatural colors led the critic Louis Vauxcelles to derisively dub their works as les Fauves, or "the wild beasts", marking the start of the Fauvist movement. In March 1906, the noted art dealer Ambroise Vollard sent Derain to London to produce a series of paintings with the city as subject. In 30 paintings (29 of which are still extant), Derain presented a portrait of London that was radically different from anything done by previous painters of the city such as Whistler or Monet. With bold colors and compositions, Derain painted multiple pictures of the Thames and Tower Bridge. These London paintings remain among his most popular work.

In 1907 art dealer Daniel-Henry Kahnweiler purchased Derain's entire studio, granting Derain financial stability. He experimented with stone sculpture and moved to Montmartre to be near his friend Pablo Picasso and other noted artists.

At Montmartre, Derain began to shift from the brilliant Fauvist palette to more muted tones, showing the influence of Cubism and Paul Cézanne.

At about this time Derain's work began overtly reflecting his study of the Old Masters. The role of color was reduced and forms became austere; the years 1911–1914 are sometimes referred to as his gothic period. In 1914 he was mobilized for military service in World War I and until his release in 1919 he would have little time for painting, although in 1916 he provided a set of illustrations for André Breton's first book, Mont de Piete.

After the war, Derain won new acclaim as a leader of the renewed classicism then ascendant. With the wildness of his Fauve years far behind, he was admired as an upholder of tradition. In 1919 he designed the ballet La Boutique fantasque for Diaghilev, leader of the Ballets Russes. A major success, it would lead to his creating many ballet designs.

The 1920s marked the height of his success, as he was awarded the Carnegie Prize in 1928 for his Still-life with Dead Game and began to exhibit extensively abroad—in London, Berlin, Frankfurt, Düsseldorf, New York City and Cincinnati, Ohio.

During the German occupation of France in World War II, Derain lived primarily in Paris and was much courted by the Germans because he represented the prestige of French culture. Derain accepted an invitation to make an official visit to Germany in 1941, and traveled with other French artists to Berlin to attend a Nazi exhibition of an officially endorsed artist, Arno Breker. Derain's presence in Germany was used effectively by Nazi propaganda, and after the Liberation he was branded a collaborator and ostracized by many former supporters.

A year before his death, he contracted an eye infection from which he never fully recovered. He died in Garches, Hauts-de-Seine, Île-de-France, France in 1954 when he was struck by a moving vehicle. 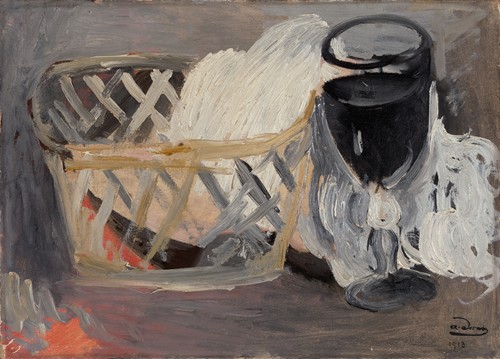 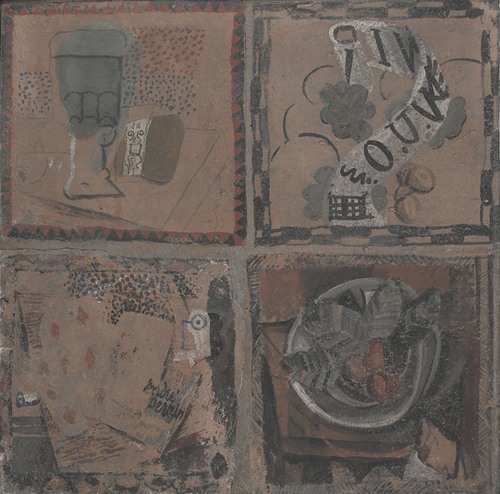 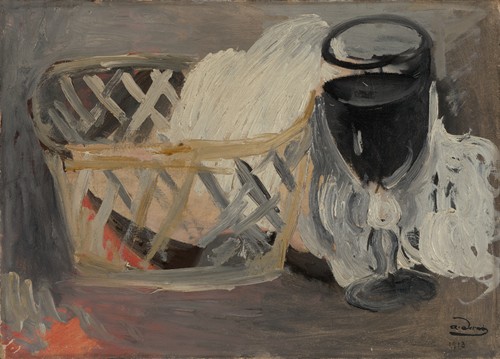