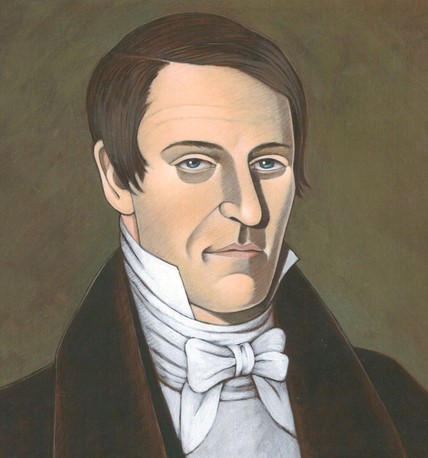 Ammi Phillips was a prolific American itinerant portrait painter active from the mid 1810s to the early 1860s in Connecticut, Massachusetts, and New York. His artwork is identified as folk art, primitive art, provincial art, and itinerant art without consensus among scholars, pointing to the enigmatic nature of his work and life. He is attributed to over eight hundred paintings, although only eleven are signed. While his paintings are formulaic in nature, Phillips paintings were under constant construction, evolving as he added or discarded what he found successful, while taking care to add personal details that spoke to the identity of those who hired him.

He is most famous for his portraits of children in red, although children only account for ten percent of his entire body of work. The most well known of this series, Girl in Red Dress with Cat and Dog, would be sold for one million dollars, a first for folk art. His paintings hung mostly unidentified, spare for some recognition in the collections like those of Edward Duff Balken, for decades until his oeuvre was reconstructed by Barbara Holdridge and Larry Holdridge, collectors and students of American folk art, with the support of the art historian Mary Black. Ammi Phillip's body of work was expanded upon their discovery that the mysterious paintings of a "Kent Limner" and "Border Limner" were indeed his.

Phillips was born in Colebrook, Connecticut, on April 24, 1788, to Samuel Phillips (1760–1842), a farmer by trade and veteran of the Revolutionary war, and Millea Phillips (1763–1861), as one of eleven children, beginning a life that spanned the period from George Washington's presidency to the American Civil War. Phillips moved out of his family home at some point before 1810, and married Laura Brockway in Nassau, New York, on March 18, 1813. Laura Brockway's family had roots in Sharon, Connecticut. The first signed portraits produced by Phillips date from 1811, meaning he was by then beginning his career as a portrait painter. Ammi Phillips and Lauren (Brockway) Phillips had four sons—Henry, George, William, and Russell Phillips—and one unknown daughter, although the order in which they had them is unclear, and one may not have survived. Laura Brockway died February 2, 1830, at the age of 38, and Phillips remarried Jane Ann Caulkins, twenty years his junior, five months later. Jane would have four more children: Anna, Jane, Samuel, and Sarah Phillips. Sarah Phillips would die at the age of four and a half.
Ammi Phillips reported he and his family living in a different residence in every recorded census. In 1820, he reported living in Troy, New York. He sold this property in 1828, moving to a forty-five acre property in Rhinebeck, New York. This land would be sold in part to its original owner as well as his brother-in-law, as the family moved yet again inside New York to a one-acre property in Amenia. In the 1850 census, Phillips is recorded for the first time under the profession of portrait painter, now living in North East, New York. In 1855 he was recorded as "artist", and was living in New Mariborough, Massachusetts. In 1860 and 1865 he was living in Curtisville (now Interlaken), Stockbridge, Massachusetts.

While it is unknown whether Ammi Phillip was entirely self taught, or had interacted or been taught by other artists in the Colebrook, Connecticut area, there were such painters whose work Phillips might have seen growing up. Rueben Moulthrop, Nathaniel Wales, Uriah Brown, and Samuel Broadbent are all artists traced by documents to the area, and stylistic elements of their work can be seen in Phillips's early paintings. He enters the documentary record as an artist himself in 1809, at the age of 21, with advertisements in both The Berkshire Reporter and a Pittsfield, Massachusetts, tavern proclaiming his talent for painting "correct likenesses" distinguished by “perfect shadows and elegantly dressed in the prevailing fashions of the day.” Although Phillips also advertised his talent for "fancy painting, silhouettes, sign and ornamental painting", he soon specialized as a portraitist. Phillips was recorded in the diary of Dr. Samuel Barstow of Great Barrington, Massachusetts, dated October 6, 1811, mentioning small portraits he had commissioned of himself and his wife. Phillips's work satisfied the local standard, and within two years he was receiving regular portrait commissions from community leaders in this area of western Massachusetts. Phillips's earliest recorded portraits are that of Rev. and Mrs. Ephraim Judson and Gideon Smith of Stockbridge, Massachusetts in 1811. Gideon Smith was an innkeeper, and displayed his portrait in his tavern, implying that instead of a struggling painter trying to make ends meet, Phillips may have been quite business savvy.

Unlike Phillips' illustrious predecessors in American art, such as Benjamin West of Philadelphia and John Singleton Copley of Boston, Phillips lived and worked not in established city centers, but new territories opening up throughout New England and the Mid-Atlantic. Though he was able to successfully market his skills from a young age, it's likely that the relatively sparse demand for painted portraits, a luxury good, was the main factor necessitating an itinerant career that saw the artist move regularly, family perhaps in tow, between western Massachusetts, Connecticut, and the Hudson River Valley. The artist moved on as he exhausted the demand of the local community for painted "likenesses". This wandering lifestyle is archetypically Romantic, rather contrasting with the bourgeois domesticity of his portraits, which are almost always set within interiors. A letter from the American artist John Vanderlyn to his nephew, John Vanderlyn, Jr., from Kingston, New York, dated September 9, 1825, stated, "Were I to begin life again, I should not hesitate to follow this plan, that is, to paint portraits cheap and slight, for the mass of folks can't judge of the merits of a well finished picture, I am more and more persuaded of this. Indeed, moving about through the country as Phillips did and probably still does, must be an agreeable way of passing ones time. I saw four of his works at Jacobus Hardenburgh's the other day painted a year or two ago, which seemed to satisfy them." Such comments from a well established academic painter such as Vanderlyn positions Phillips not as a wandering peddler of art, but instead as an artist with social and economic importance. This is also visible in his clientele, which consisted of judges, doctors and business owners.

Phillips lived into the era of the daguerreotype, and his last portraits show this influence.

Phillips died on July 11, 1865, at his home in Curtisville, just outside Stockbridge, where his death certificate is filed in the Town Hall. His body was buried in Amenia, New York. His extensive, continuously evolving body of artwork over a period of five decades provided posterity with a vast archive of early American self-fashioning. 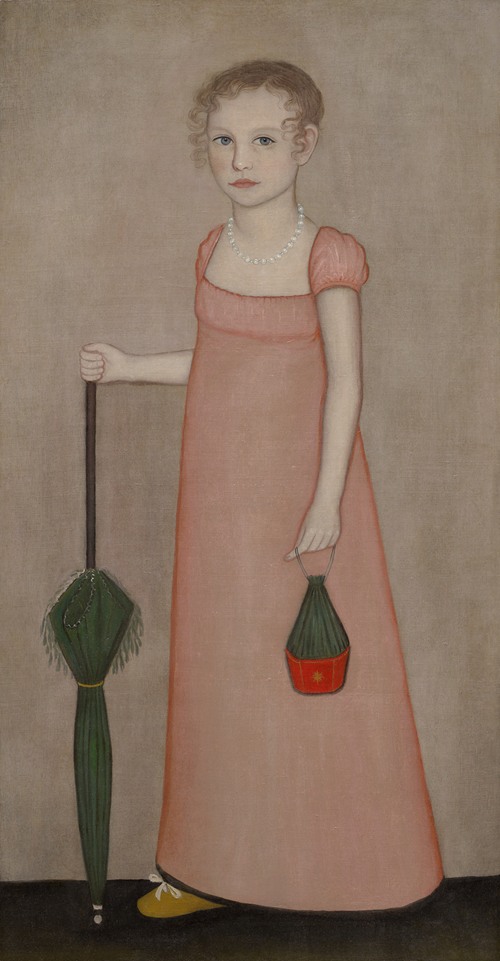 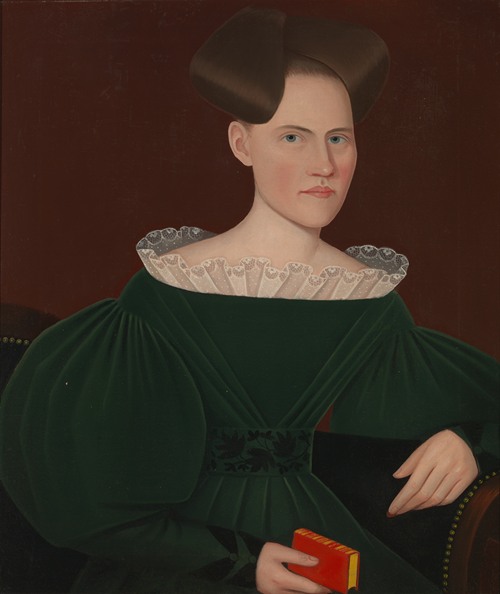 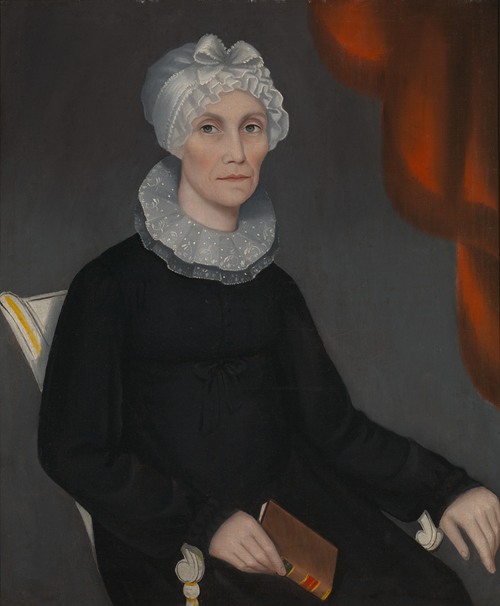 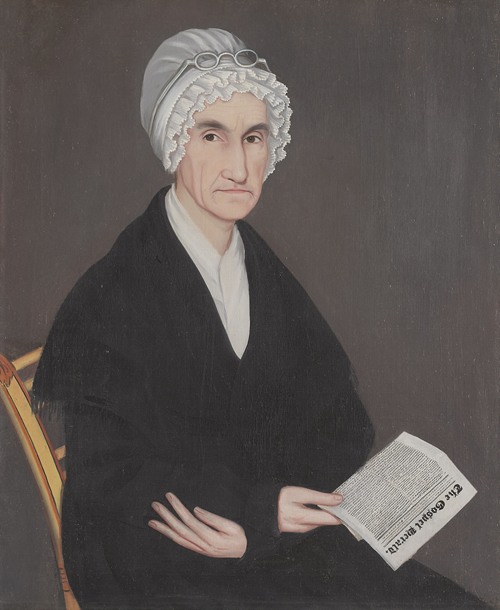 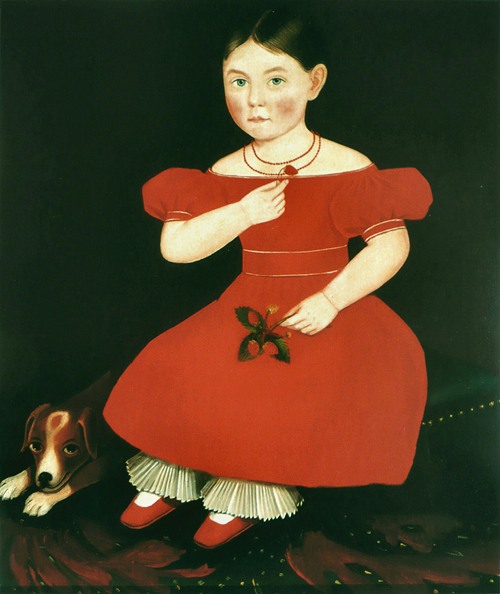