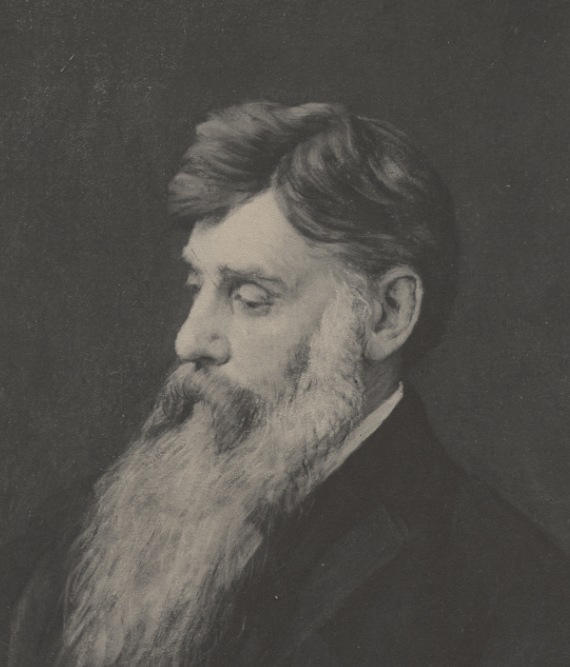 Alexander Helwig Wyant was an American landscape painter. Also known as Alexander Wyant, A. H. Wyant, he was active as an artist in Arkville, New York, and Keene Valley, New York, among other places.

Alexander Wyant was born at Port Washington, Ohio. He started painting beside the Ohio River when he was in Cincinnati, Ohio. A landscape painter in the style of George Inness, whom he later met in New York City. His early paintings followed closely the Hudson River School tradition, while the later—infused with low-key colors, atmospheric features and poetic interpretation—are representative of tonalism.

Raised in Defiance, Ohio, Alexander H. Wyant worked during his teens as a sign painter in nearby Port Washington. In 1857 he was impressed with some paintings by George Inness at an exhibition in Cincinnati and soon left for New York to meet Inness. After returning to Cincinnati, Wyant secured the support of Nicholas Longworth and went to study in New York in 1860. He went on a trip that started in Paris in 1860 where he saw Corot and Dupré's works before moving on to Germany.

After an interlude of two years in Cincinnati, he moved back to New York City in 1863. He exhibited for the first time at the National Academy of Design in 1864 and was elected an associate there in 1868 and an academician in 1869. Wyant went abroad in 1865, studying for a few months with the Norwegian painter Hans Gude in Düsseldorf and Karlsruhe, Germany, and making brief stops in England and Ireland before settling again in New York. After 1866 Wyant gradually shifted toward a more fluid handling of paint, with increasing reliance on a palette emphasizing shades of white, gray, and the earth colors. From 1867 he exhibited his watercolors almost annually and was instrumental in the founding of the American Watercolor Society in 1878.

A partial stroke while on a government expedition to Arizona and New Mexico in 1873 led to paralysis of his right arm. Between 1874 and 1880 he worked in his studio in New York City, teaching himself to paint with his left hand. After his marriage in 1880, he began to spend most of his time in Keene Valley, New York. He moved in 1889 to Arkville, New York (in the Catskills). He frequently painted in the Adirondacks as well as in the Catskills. He died in 1892 in New York City shortly after completing Arkville Autumn Landscape, his last painting. He was only moderately appreciated during his lifetime, though after his death his works were eagerly sought for.