Alexander Adriaenssen was a Flemish Baroque painter, particularly known for his still-lifes of fish and game pieces. He also painted banquet pieces with food and flower still lifes.

Alexander Adriaenssen was born in Antwerp, the son of the famous Antwerp composer and lute player Emmanuel Adriaenssen and Sibilla Crelin. He was baptised on 17 January 1587 in the St. James' Church, Antwerp. His younger brother Vincent became a battle painter. Another younger brother called Niclaes became a portrait painter and would in 1612 emigrate with his widowed mother to Haarlem.

Alexander was registered as the pupil of Artus van Laeck in 1597. In 1610 he became a master of the Guild of St. Luke of Antwerp. As he had trained particularly in the art of painting coats of arms on parchment, he was registered as a water colour painter. He soon became skilled in painting with oil and specialized in still lifes. He was able to build his reputation with these works. Rubens was an admirer and bought two of Adriaenssen's works for his collection. Anthony van Dyck also appreciated the artist's output and painted his portrait, which was engraved by Antony van der Does.

The artist married Maria Seeldraeyers on 2 February 1611. The couple had 6 children. The battle painter Peter Snayers was the godfather of one and Isabella Brandt, Rubens' first wife, the godmother of another. When his brother Niclaes returned from Holland in 1616 he took up residence with Alexander.

In 1632 Philips Milcx became his pupil. Adriaenssen was one of the artists working on the decorations for the Joyous Entry into Antwerp of the new governor of the Habsburg Netherlands Cardinal-Infante Ferdinand in 1635. Rubens was in overall charge of this project. For this project, Adriaenssen painted the coats of arms of the 17 provinces on the triumphal arches in honour of the new governor.

Adriaenssen paid his dues of the Guild of St. Luke each year until 1633. He lived in Antwerp's centre on De Wapper, near Rubens. He died in his house in 1661 and was buried on 30 October 1661 in the St. James' Church, Antwerp. 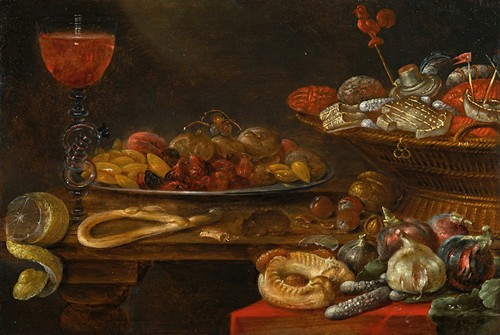 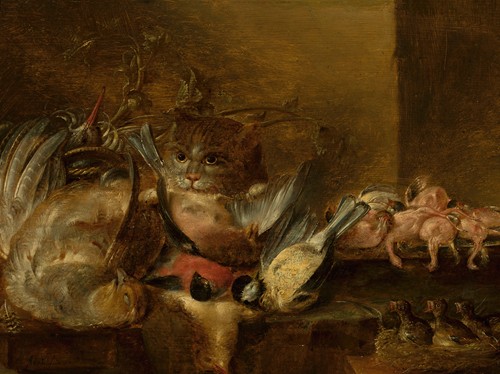 Dead birds and a cat 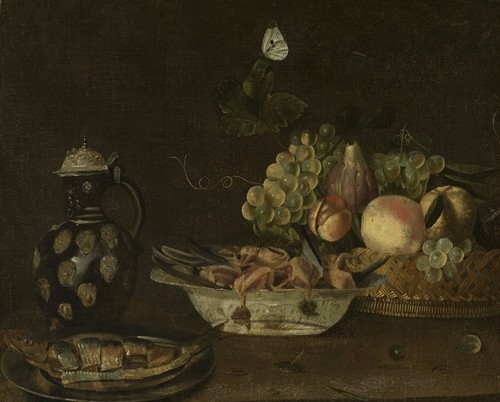 Still life with a herring 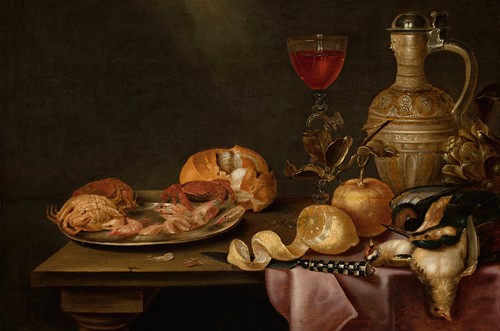 Still life with shrimps and crabs on a tin plate (1641) 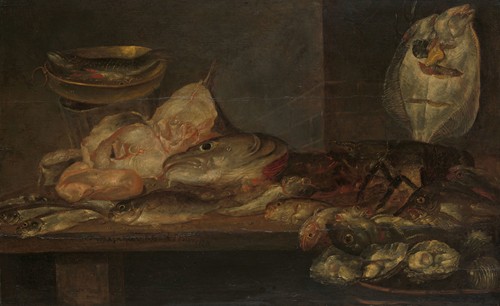