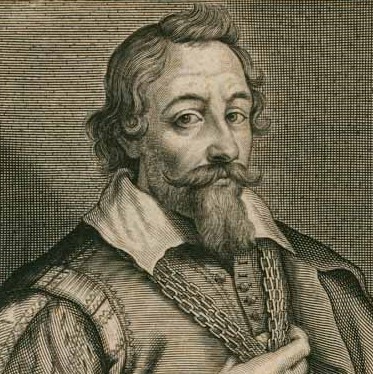 Sadeler was born in Antwerp in the Sadeler family of print dealers and engravers. He was the son of Emmanuel de Sayeleer and the nephew of Aegidius I, Jan I en Raphael Sadeler. He was trained by his uncle Jan I and became a member of the Antwerp Guild of St. Luke in 1589. He was active in Munich the next year in 1590, in Rome in 1593, in Naples and then again in Munich in 1594–1597. From 1597 he settled in Prague where he became court engraver for Rudolf II and made engraved portraits of notables and engravings after artworks there, most notably paintings by Bartholomeus Spranger, Roelant Savery, Hans von Aachen, Giuseppe Arcimboldo, and sculptures by Giambologna and Adriaen de Vries.

His early engavings were mostly faithful copies of works by Albrecht Dürer in the Imperial collection and copies of paintings by notable Italian painters such as Raphael, Tintoretto, Parmigianino, Barocci and Titian or by Northern painters who worked there, such as Paul Bril and Denys Calvaert. In Prague he also engraved portraits of the notables of Rudolf's court, and collaborated with Spranger, Joseph Heintz the Elder and Jacobus Typotius.

After Rudolf II died he enjoyed the favour and protection of the two succeeding Emperors, Matthias and Ferdinand II. According to Michael Bryan, "He used the graver with a commanding facility, sometimes finishing his plates with surprising neatness, when the subject required it; at other times his burin is broad and bold. His plates are very numerous, representing historical subjects, portraits, landscapes, &c. some of them from his own designs, many of which are much esteemed, particularly his portraits, which are executed in an admirable style.

Sadeler died in Prague in 1629. He had many pupils, including Wenzel Hollar and Joachim von Sandrart, who wrote his biography.