Achille Jacques-Jean-Marie Devéria was a French painter and lithographer known for his portraits of famous writers and artists. His younger brother was the Romantic painter Eugène Devéria, and two of his six children were Théodule Devéria and Gabriel Devéria.

His father was a civil employee of the navy. Devéria became a student of Anne-Louis Girodet-Trioson and Louis Lafitte. In 1822, he began exhibiting at the Paris Salon. At some point, he opened an art school together with his brother Eugène, who was also a painter.

By 1830 Devéria had become a successful illustrator and had published many lithographs in the form of notebooks and albums (e.g., his illustrations to Goethe's Faust, 1828) and romantic novels. He also produced many engravings of libertine contents.

His paintings were mainly done using watercolours. The French poet and critic Charles Baudelaire referred to his portrait series as showing "all the morals and aesthetics of the age".

In 1849 Devéria was appointed director of the Bibliothèque Nationale's department of engravings and assistant curator of the Louvre's Egyptian department. In the following years, he taught drawing and lithography to his son, Théodule Devéria, and both worked on a family portrait album from 1853 until his death. They applied ink wash to several of the portraits in the album, possibly in preparation for printing lithographs from the photographs. The album photographs by Théodule Devéria are dated 1854.

Devéria spent his last days traveling in Egypt, making drawings and transcribing texts. He died in 1857. 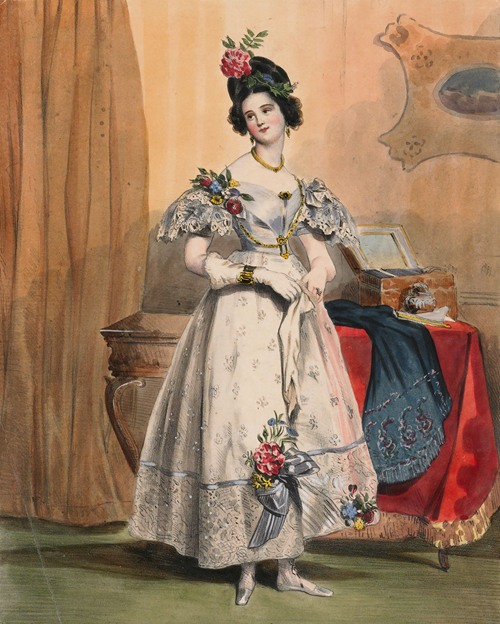 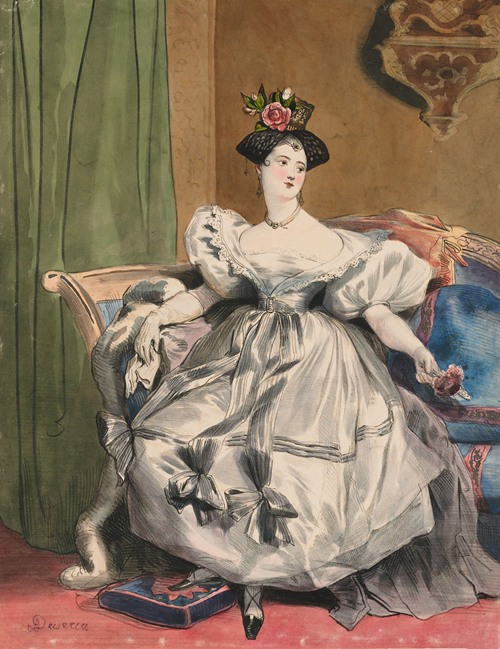 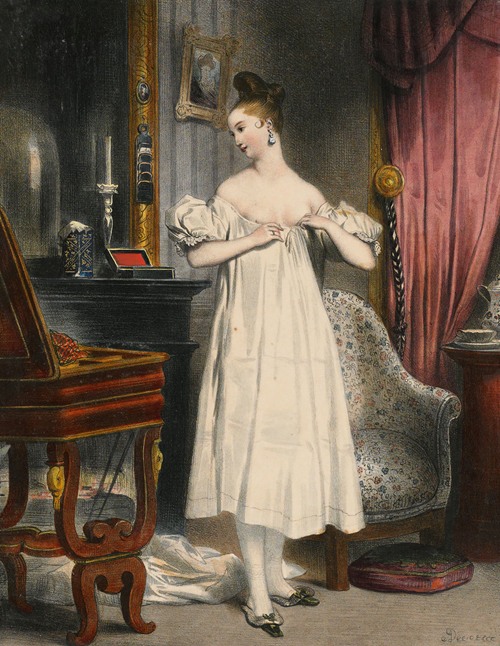 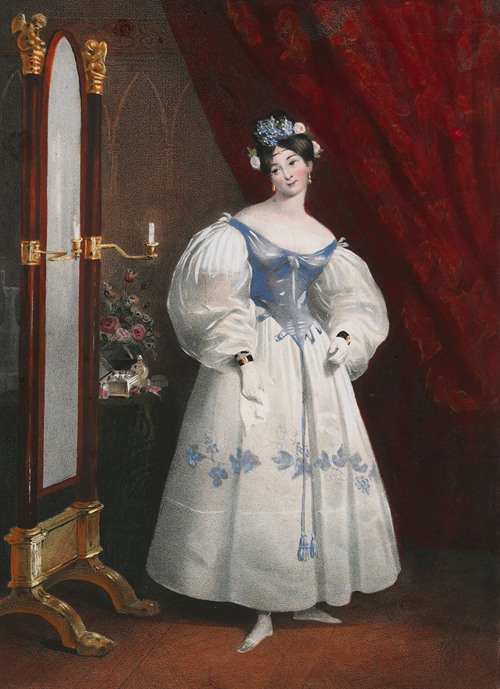 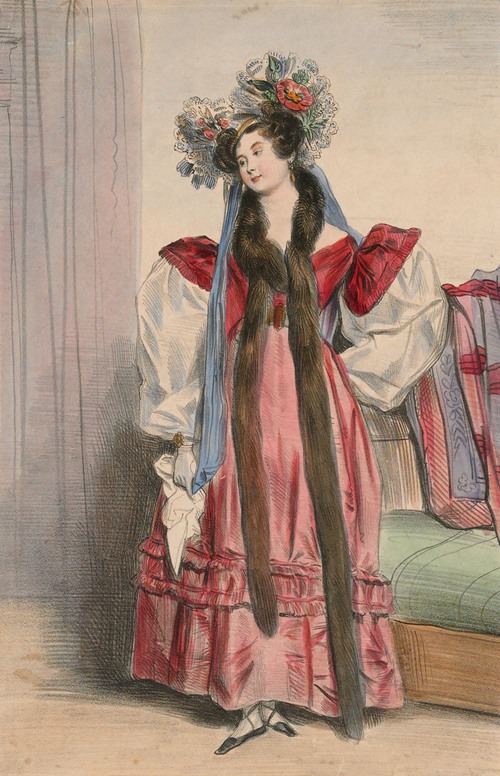 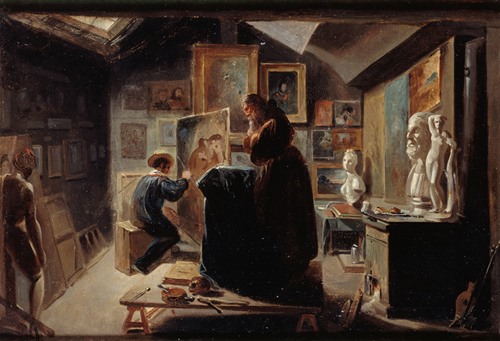 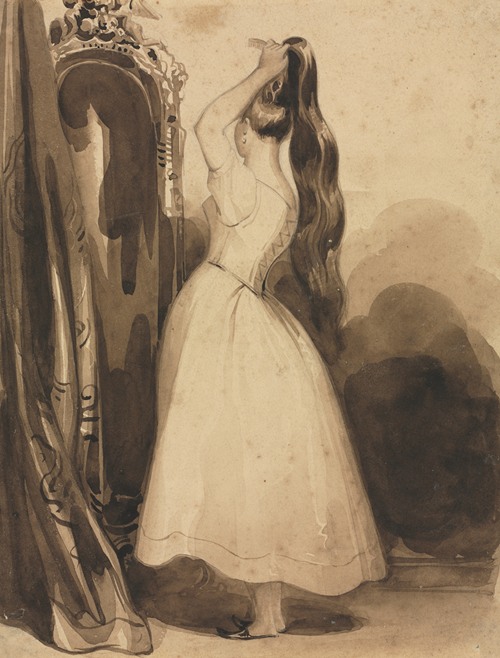 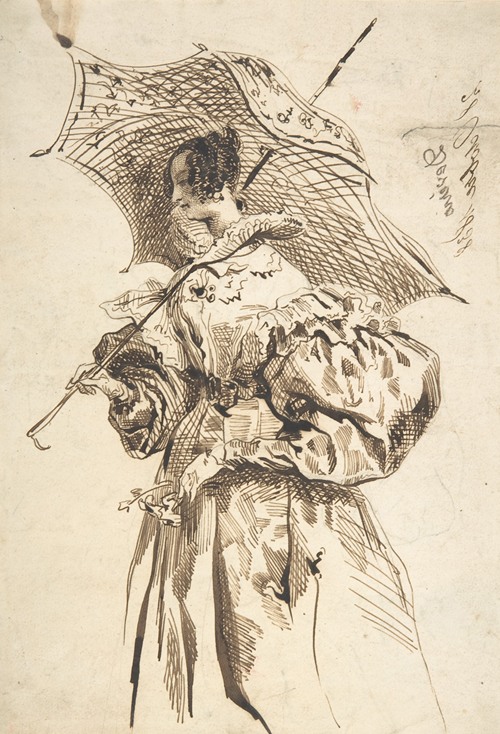 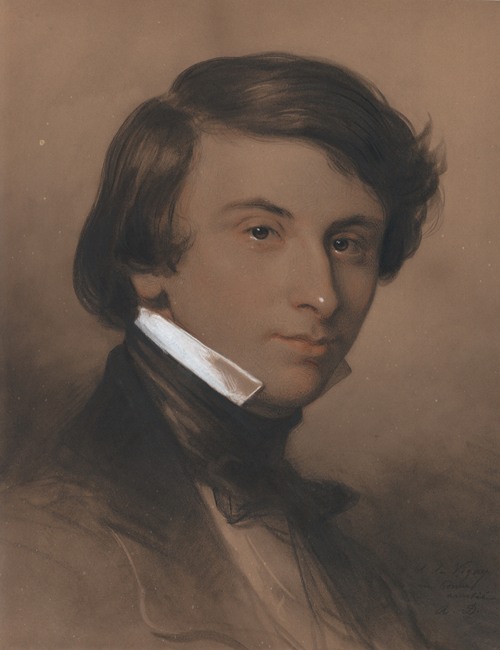 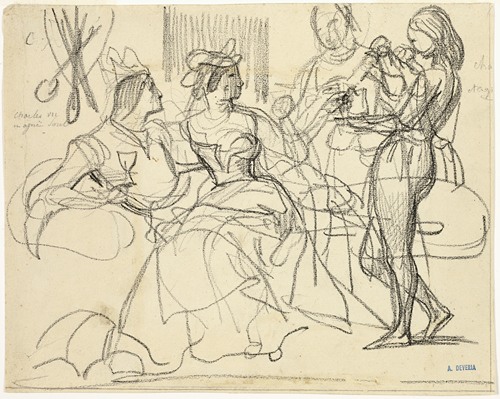