Tiger On The Look-Out

As a painter and muralist, Delacroix's use of expressive brushstrokes and his study of the optical effects of colour profoundly shaped the work of the Impressionists, while his passion for the exotic inspired the artists of the Symbolist movement. A fine lithographer, Delacroix illustrated various works of William Shakespeare, the Scottish author Walter Scott and the German author Johann Wolfgang von Goethe.

In contrast to the Neoclassical perfectionism of his chief rival Ingres, Delacroix took for his inspiration the art of Rubens and painters of the Venetian Renaissance, with an attendant emphasis on colour and movement rather than clarity of outline and carefully modelled form. Dramatic and romantic content characterized the central themes of his maturity, and led him not to the classical models of Greek and Roman art, but to travel in North Africa, in search of the exotic. Friend and spiritual heir to Théodore Géricault, Delacroix was also inspired by Lord Byron, with whom he shared a strong identification with the "forces of the sublime", of nature in often violent action.

However, Delacroix was given to neither sentimentality nor bombast, and his Romanticism was that of an individualist. In the words of Baudelaire, "Delacroix was passionately in love with passion, but coldly determined to express passion as clearly as possible." Together with Ingres, Delacroix is considered one of the last old Masters of painting, and one of the few who was ever photographed. 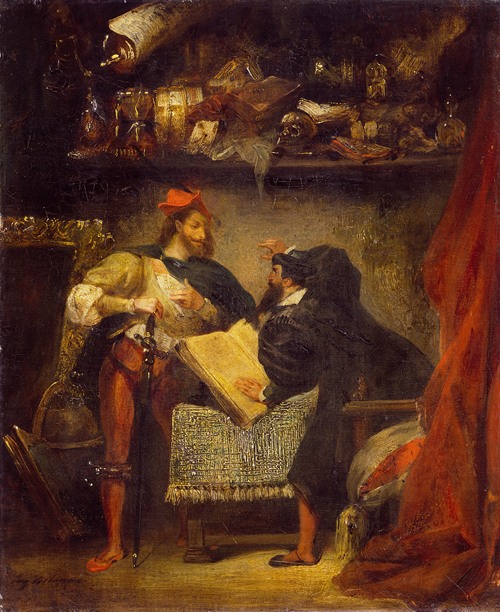 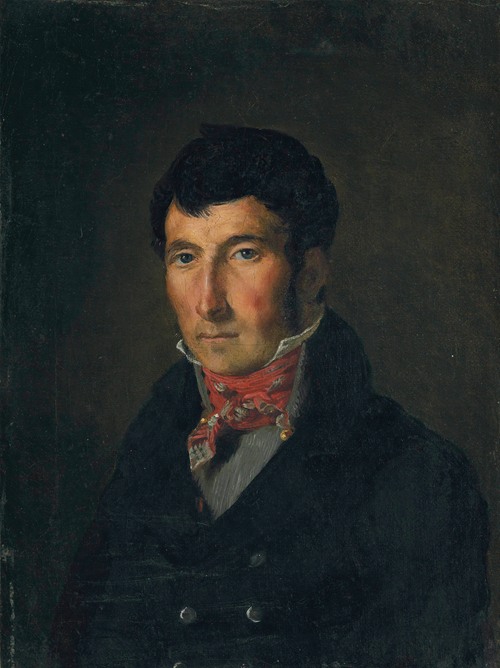 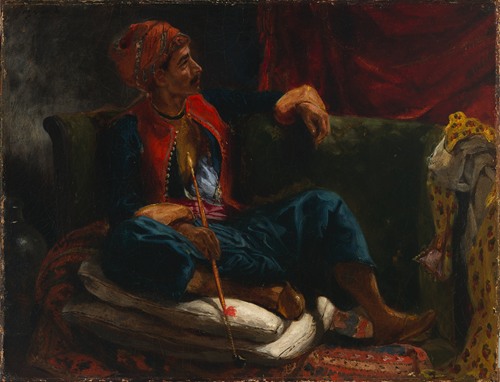 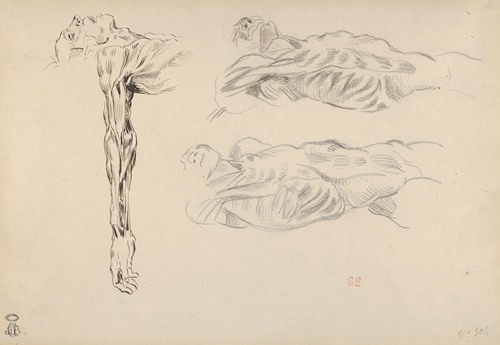 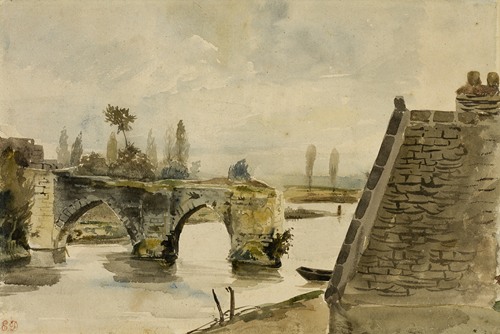 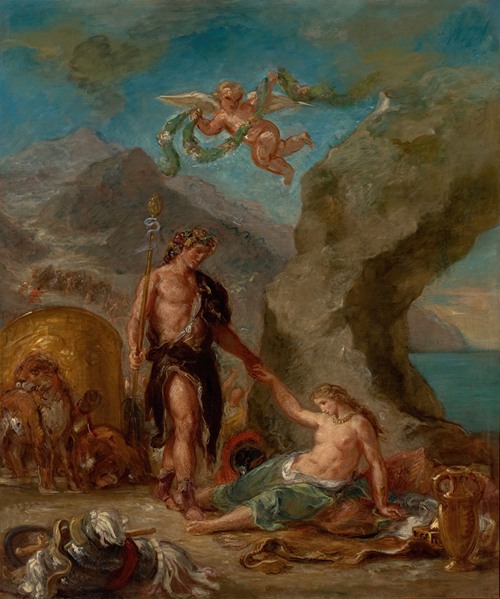 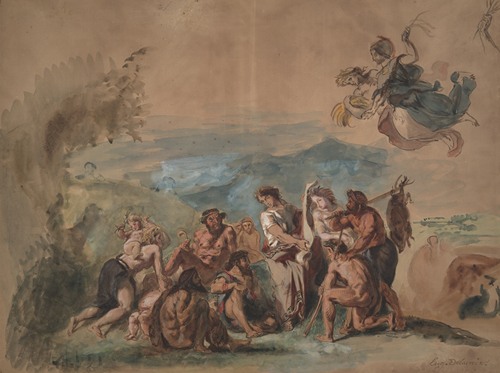 Orpheus Bringing Civilization to the Barbarian Ancestors of the Greeks (ca. 1842–44) 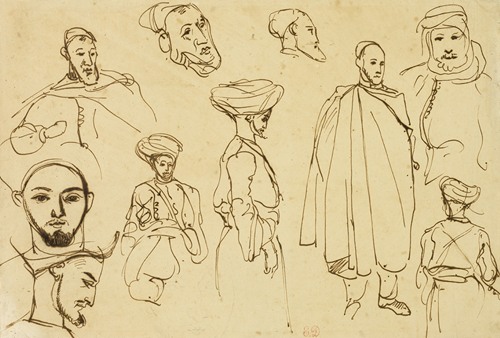