The Artist died in 1680 so this work is in the public domain in its country of origin and other countries where the copyright term is the Artist's life plus 70 years or fewer. 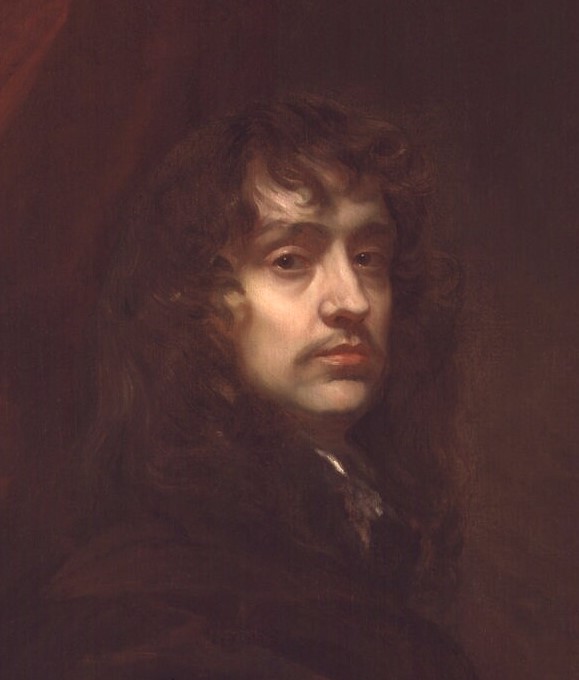 Sir Peter Lely was a painter of Dutch origin whose career was nearly all spent in England, where he became the dominant portrait painter to the court.

Lely was born Pieter van der Faes to Dutch parents in Soest in Westphalia, where his father was an officer serving in the armed forces of the Elector of Brandenburg. Lely studied painting in Haarlem, where he may have been apprenticed to Pieter de Grebber. He became a master of the Guild of Saint Luke in Haarlem in 1637. He is reputed to have adopted the surname "Lely" (also occasionally spelled Lilly) from a heraldic lily on the gable of the house where his father was born in The Hague.

He arrived in London in around 1643, His early English paintings, mainly mythological or religious scenes, or portraits set in a pastoral landscape, show influences from Anthony van Dyck and the Dutch baroque. Lely's portraits were well received, and he succeeded Anthony van Dyck (who had died in 1641) as the most fashionable portrait artist in England. He became a freeman of the Painter-Stainers' Company in 1647 and was portrait artist to Charles I. His talent ensured that his career was not interrupted by Charles's execution, and he served Oliver Cromwell, whom he painted "warts and all", and Richard Cromwell. In the years around 1650 the poet Sir Richard Lovelace wrote two poems about Lely – Peinture and "See what a clouded majesty ..."

After the English Restoration in 1660, Lely was appointed as Charles II's Principal Painter in Ordinary in 1661, with a stipend of £200 per year, as Van Dyck had enjoyed in the previous Stuart reign. Lely became a naturalised English subject in 1662. The young Robert Hooke came to London to follow an apprenticeship with Lely before being given a place at Westminster School by Richard Busby.

Demand was high, and Lely and his large workshop were prolific.

After Lely painted a sitter's head, Lely's pupils would often complete the portrait in one of a series of numbered poses. As a result, Lely is the first English painter who has left "an enormous mass of work", although the quality of studio pieces is variable. As Brian Sewell put it:

There may well be thousands of these portraits, ranging from rare prime originals of often quite astonishing quality, to crass workshop replicas by assistants drilled to imitate Lely's way with the fashionable face and repeat the stock patterns of the dress, landscapes, flowers, musical instruments and other essential embellishments of portraiture. On Lely's death in 1680 his executors employed a dozen such slaves to complete for sale the many unfinished canvases stacked about his studio. It is these half-and-half and hardly-at-all Lelys that line the corridors of the indigent aristocracy whose houses are now administered by the National Trust, and no sight is more aesthetically and intellectually numbing, unless it is a corridor of Knellers.
Among his most famous paintings are a series of 10 portraits of ladies from the Royal court, known as the Windsor Beauties, formerly at Windsor Castle but now at Hampton Court Palace; a similar series for Althorp; a series of 12 of the admirals and captains who fought in the Second Anglo-Dutch War, known as the "Flagmen of Lowestoft", now mostly owned by the National Maritime Museum in Greenwich; and his Susannah and the Elders at Burghley House.

His most famous non-portrait work is probably Nymphs by a fountain in Dulwich Picture Gallery.

Lely played a significant role in introducing the mezzotint to Britain, as he realized its possibilities for publicising his portraits. He encouraged Dutch mezzotinters to come to Britain to copy his work, laying the foundations for the English mezzotint tradition.

Lely lived from about 1651 to 1680 at No. 10-11 Great Piazza, Covent Garden. He was knighted in 1679. Lely died soon afterwards at his easel in Covent Garden, while painting a portrait of the Duchess of Somerset. Sir Peter was buried at St Paul's Church, Covent Garden. 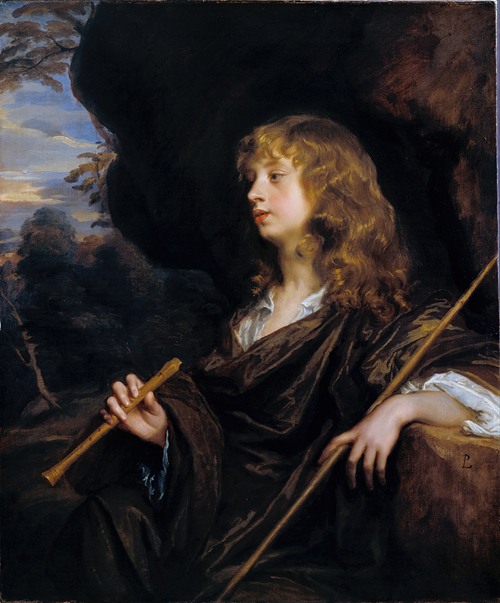 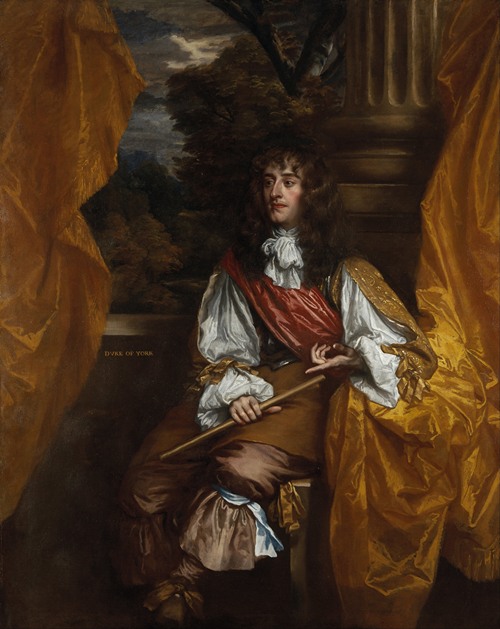 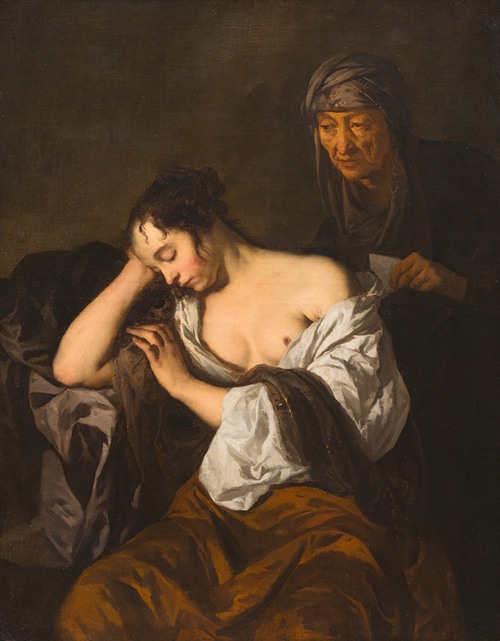 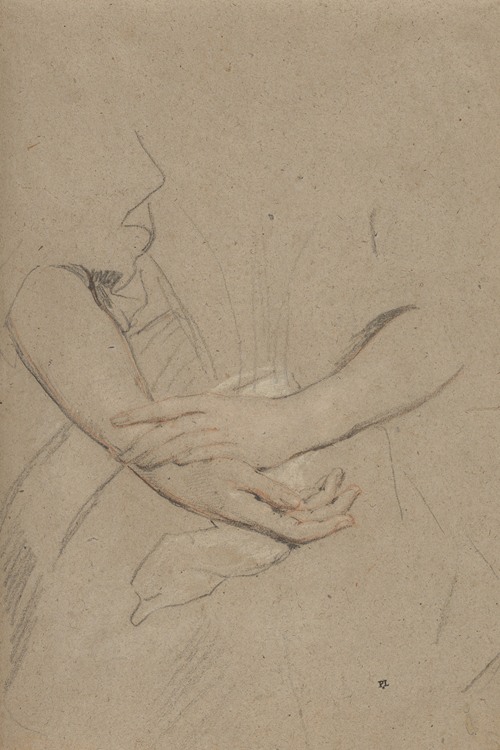 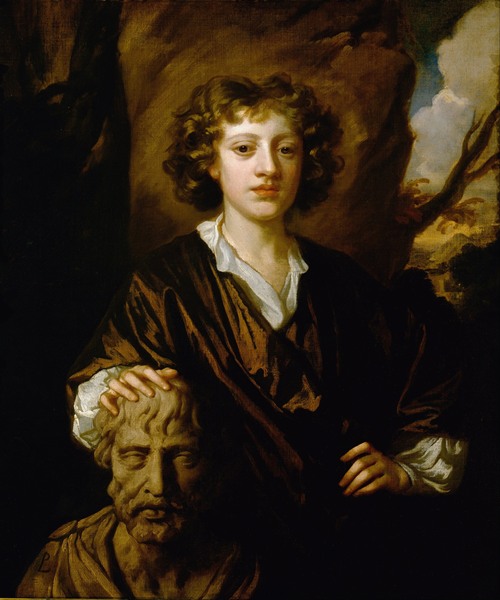 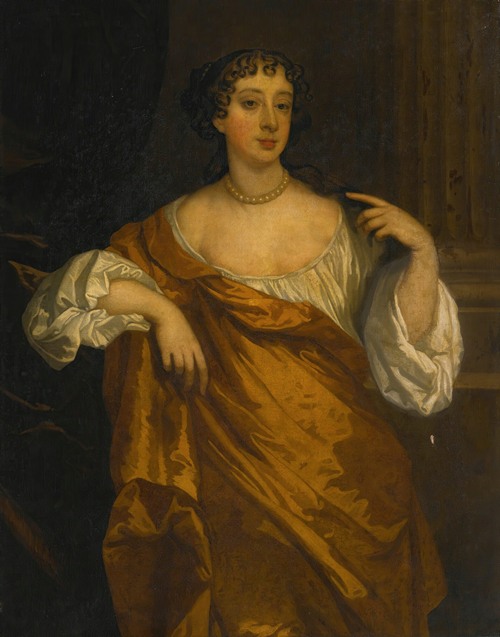 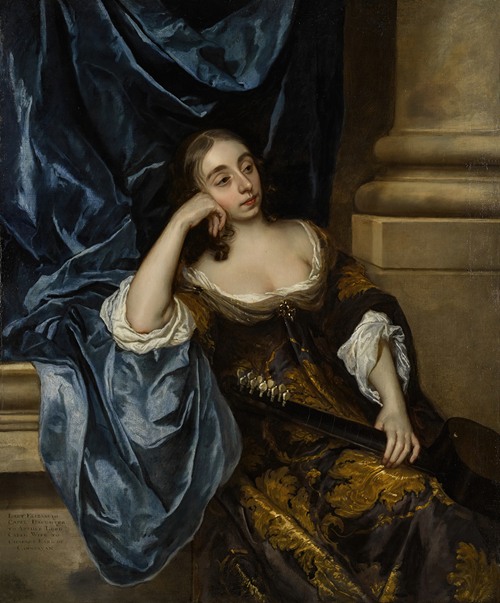 Portrait of Elizabeth Capel, Countess of Carnarvon, with a guitar 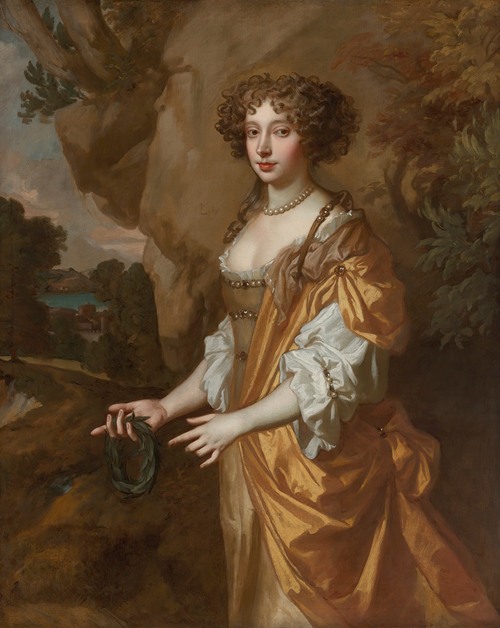 Portrait Of A Lady, Said To Be Nell Gwyn