The Artist died in 1624 so this work is in the public domain in its country of origin and other countries where the copyright term is the Artist's life plus 70 years or fewer. 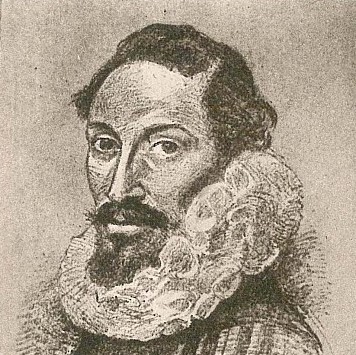 Very little is known about Van der Voort's early life. He was born in Antwerp; his father was Pieter van der Voort, a painter. It is thought he studied with Cornelis Ketel. As a young man he was praised by Karel van Mander. In 1606 his brother Hans, a tailor, bought three parcels on which two houses were built. Hans moved into the one on the corner, and Cornelis in the one next to it. Only a few years later Cornelis sold the house; in 1639 Rembrandt and his wife Saskia van Uylenburgh moved in. Today it is the Rembrandt House Museum.

Around 1613 he was a member of the schutterij and painted a few schuttersstukken. At some time (before 1620) he inherited the house on the corner of the Sint Antoniesbreestraat from his brother.

Van der Voort probably had seven children and married twice: in 1598 with Geertrui Willems, who died in 1609, and in 1613 with Cornelia Brouwers. He died in Amsterdam and was buried on 2 November 1624. In August 1625 his inventory was sold. In 1626 his art business was taken over by Hendrick van Uylenburgh. His widow moved to Leiden.

Van der Voort painted full-length portraits in contemporary interiors: e.g. of Jan Cornelisz. Geelvinck as one of the regenten of a hospital, of Joan Huydecoper and his late wife and of Nicolaes Tulp. His work was in great demand and held in high esteem. In 1619 Van der Voort was the head of the Guild of St. Luke. He had a strong influence on the early portraits of Rembrandt, as well as the work of Nicolaes Eliasz. Pickenoy and Thomas de Keyser. His own students included David Bailly, who copied his collection of paintings, Pieter Luyx, Dirk Harmensz. and probably Pieter Codde.