The Artist died in 1851 so this work is in the public domain in its country of origin and other countries where the copyright term is the Artist's life plus 70 years or fewer. 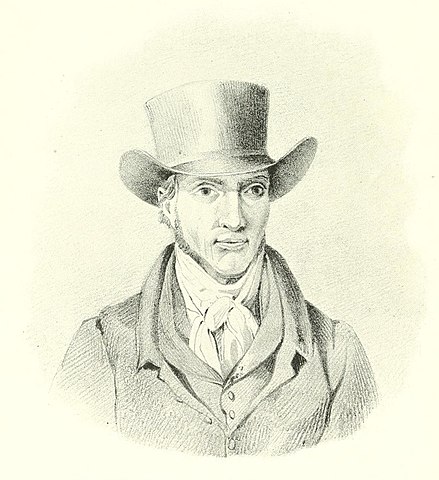 Henry Thomas Alken was an English painter and engraver chiefly known as a caricaturist and illustrator of sporting subjects and coaching scenes. His most prolific period of painting and drawing occurred between 1816 and 1831.

Alken was born on 12 October 1785 in Soho, Westminster, and baptised on 6 November at St James's Church, Piccadilly. He was the third son of Samuel Alken, a sporting artist. Two of his brothers were George and Samuel Alken the Younger, also an artist. In 1789, the Alken family moved from Soho to 2, Francis Street East, Bedford Square.

Young Henry first studied under his father and then with the miniature painter John Thomas Barber Beaumont (1774–1841), also known as J. T. Barber. In 1801, Alken sent a miniature portrait of Miss Gubbins to the Royal Academy Exhibition. He exhibited a second miniature at the Royal Academy before abandoning miniature painting and taking on painting and illustrating. Early in his career, he painted sporting subjects under the name of "Ben Tally-O". Alken married Maria Gordon on 14 October 1809 at St Clement's Church, Ipswich. On 22 August of the following year later the couple's first son was baptised. Alken went on to father five children, of whom two were artists, Samuel Henry, also a sporting artist, known as Henry Alken junior, and Sefferien junior.

From about 1816 onwards Alken "produced an unending stream of paintings, drawings and engravings of every type of field and other sporting activity," and his soft-ground etchings were often colored by hand. When Alken was 26, he and his young family lived over a shop in Haymarket that belonged to print publisher Thomas McLean of the "Repository of Wit and Humour." McLean paid Alken a daily wage of thirty shillings, considered a good income at the time.

Alken died in April 1851 and was buried in Highgate cemetery. Although fairly affluent for most of his career, he fell on hard times towards the end of his life and was buried at his daughter's expense. 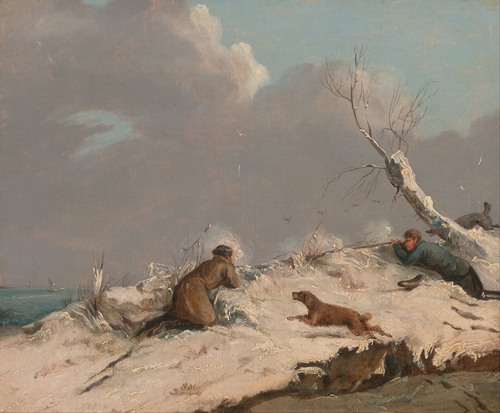 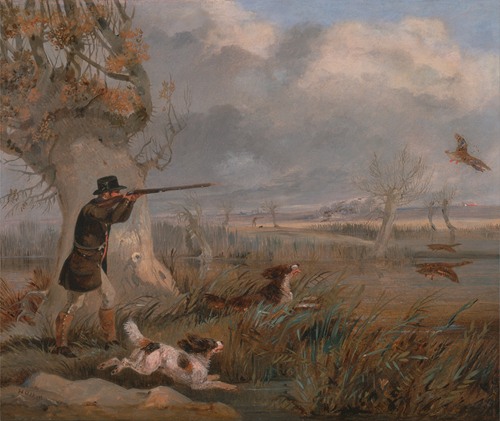 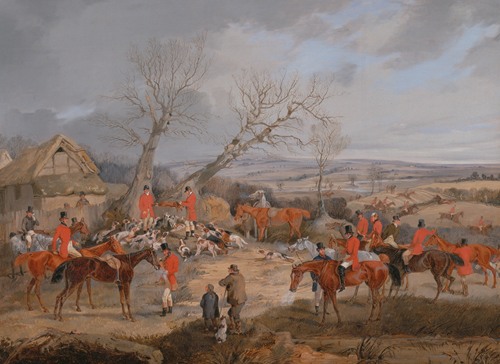 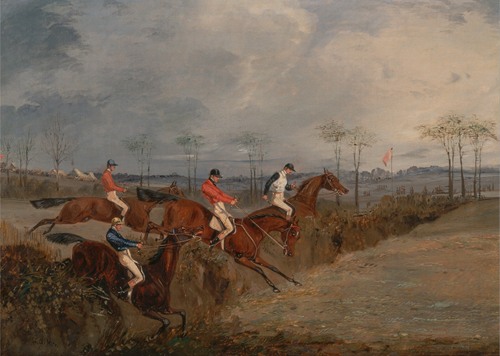 Scenes From a Steeplechase: Another Hedge (ca. 1845) 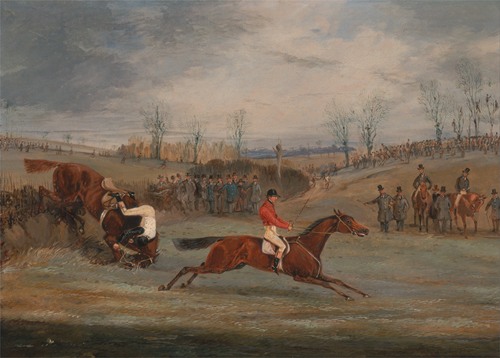 Scenes from a steeplechase: Near the Finish (ca. 1845) 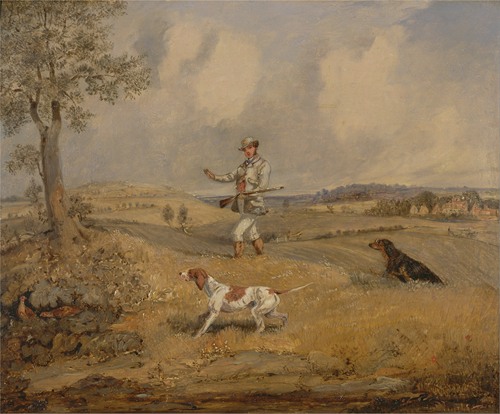 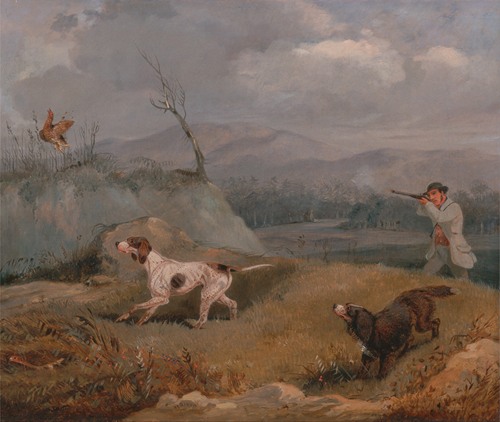 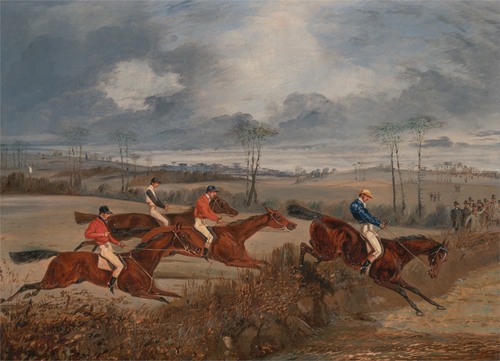 Scenes From a Steeplechase: Another Hedge (ca. 1845)

Scenes from a steeplechase: Near the Finish (ca. 1845)