The Artist died in 1647 so this work is in the public domain in its country of origin and other countries where the copyright term is the Artist's life plus 70 years or fewer.

Pieter Jansz. Quast was a Dutch Golden Age painter and draughtsman, mostly producing small social genre paintings, ranging from elegant merry companies to guardroom scenes and (most numerous) groups of peasants, in a variety of styles which can be related to those of leading artists in these genres, but with personal aspects in the colouring and style. They "are heavily and powerfully rendered in warm shades of brown, set off by strong local colouring in the principal figures.

His successful peasant scenes are characterized by the use of strong chiaroscuro and a gentle, harmonious palette. The caricatural quality of Quast’s peasants recalls the work of his fellow-resident of The Hague, Adriaen van de Venne, but Quast’s looser style and many of his individual types are closer to the paintings of Adriaen Brouwer, as well as of Adriaen van Ostade, to whom Quast’s best work has sometimes been ascribed". He also produced finished drawings for sale, often on parchment, and these included landscapes and cityscapes. Some of his works were engraved, though it is not clear if he did this himself.

Quast was probably born and certainly died in Amsterdam, but from 1634 to 1641 he lived at The Hague, where he was admitted to the local Guild of Saint Luke in 1634. His pupil was Jan Jansz Buesem. He died in poverty, like many artists of the period. 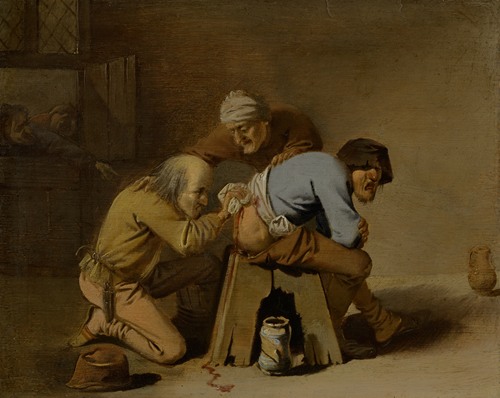 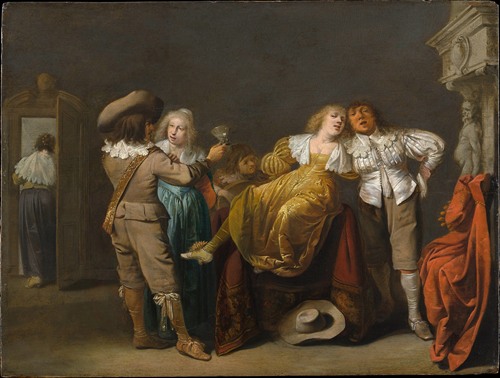 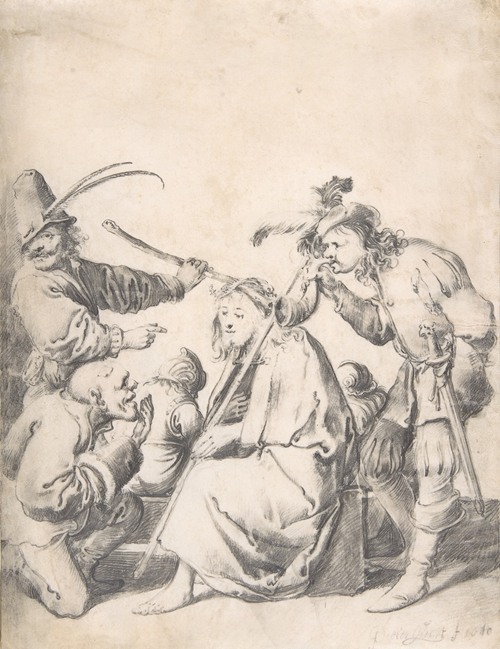 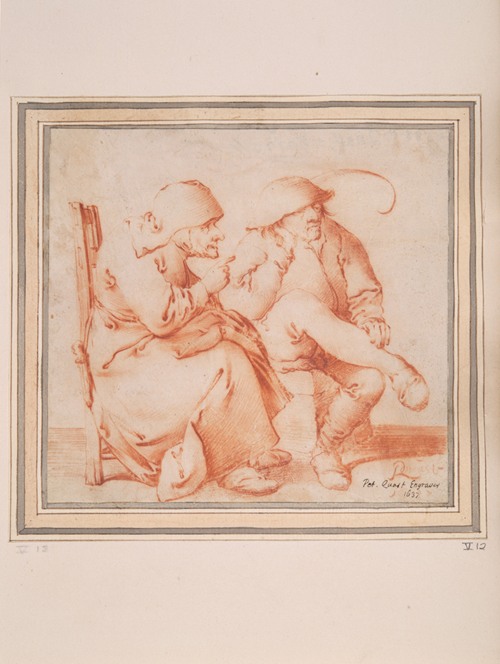 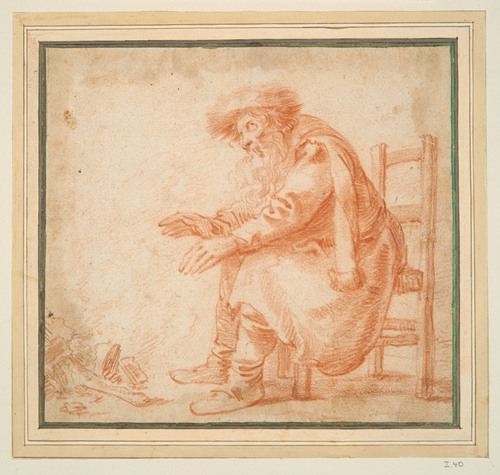 Old Man Warming his Hands at a Fire 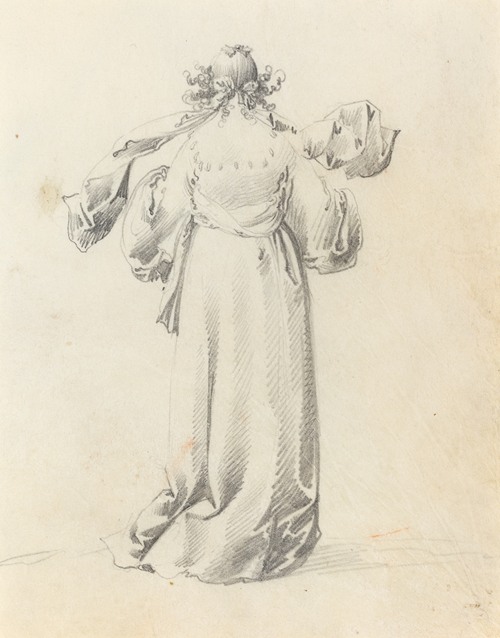 Lady Seen from Behind

Old Man Warming his Hands at a Fire

Lady Seen from Behind